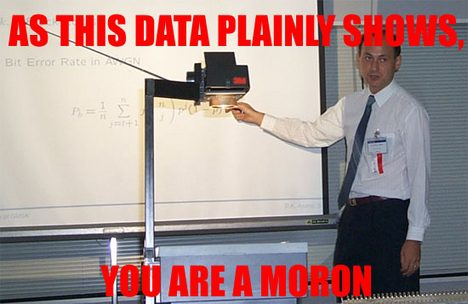 What’s worse: Spending your whole life inside World of Warcraft or falling for a spam e-mail and giving away your WoW info which turns into you losing a character you spent your life working on?

Well, that is what happened to this guy who apparently forgot that you don’t give your credit card info to anyone over any e-mail — you’d think in 2006, most people would know better by now. So now, because he’s an idiot and was probably upset he gave that Nigerian prince some money as well, he’s going to sue the phishing e-mail culprit over his own stupidity.

View more of this tale of woe after the jump.

Here’s how the guy got fooled:

On December 25th, 2006 I woke up to a big surprise. No, not a big pile of presents! I woke up to find my World of Warcraft character no longer existed. You may say, “Sure it’s just a video game, what’s the big deal?” Oh, when you put 286 days of playtime in one character, it is a huge deal.

For you WoW fanatics that actually care about the details… I had a level 60 human warlock with my full tier 2 set, full grand marshall set, (3/8) tier 3, and more gold then you could ever ask for.

I figured it was a mistake by Blizzard and I would get my guy back. But, I was oh so wrong. After contacting Blizzard (through Game Master and telephone) at least a dozen times, I was finally told, “the password to you’re account has most likely been stolen due to phishing. Please change you’re password and good luck! Sorry we could not recover your lost characters.” I had no idea what the hell “phishing” was at this point and I was pretty pissed off that they would not give me my guy back.

I wasn’t just going to leave it at that! I am not going to just let someone delete my guy and get away with it. So, I looked up what phishing is. Turns out it is when people send you e-mails and try to steal your password by setting up fake websites. Then, I checked all of my e-mails to see if there was ever anything from Blizzard. Turns out, on December 23rd 2006 I received an e-mail asking me to “update my credit card information.”  Which seemed to fit perfectly considering I just got a new credit card!

I am a man who is not concerned with money (which is why I play World of Warcraft all day), so I found an Investigative Research firm to locate the one who sent me this e-mail! One of the best in the Eastern United States. Sure, it seems a little far fetched over a computer game. But, it’s a computer game that I invested 286 days of my life in to. So, it is just the principal of the thing.

I was completely amazed with their service, within 3 days I had a name of the person I was looking for. Not only did I have his name but, everything else I’d ever need to know about him.  Luckily enough, this man is not from some crazy 3rd world country; instead, he is from the good ol’ United States. So, it should not be too hard locating the culrpit.

Now, for the fun part. Finding a law firm that will pursue this case. I will be suing for the 286 days of life this man stole from me, and the $2000 it cost me to figure out everything about him. Plus I am sure the feds will be happy to hear I found a man who has been phishing people’s credit card numbers through e-mail.

Seeing this man sentenced to years in prison, and me getting all of his life time savings (plus everything he will ever make in the future) will surly make me feel a little better.

Spammers beware, there’s an idiot out there looking for you right now.