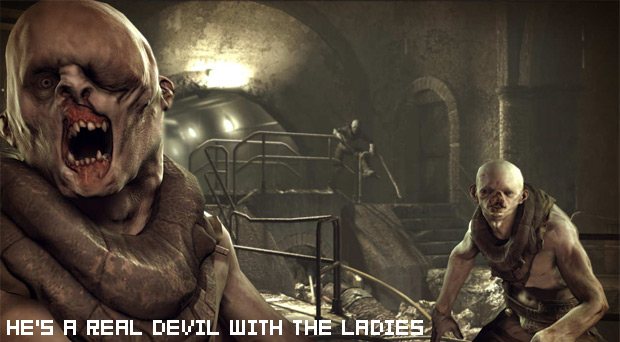 Not too long ago, id CEO Todd Hollenshead spoke with GameSpot about a slew of interesting topics, including the company’s shift towards multiplatform development with Rage, why the Wii isn’t worth investing copious amounts of time and money in, and what’s going on with the next Doom.

Although Doom 4 is still very early in development, Hollenshead dropped a few hints. “It’s not a sequel to Doom 3, but it’s not a reboot either. Doom 3 was sort of a reboot. It’s a little bit different than those, and if I told you why, I would get my ass kicked when I got back,” he says.

We’re also told that there’s been a “fundamental, sort of philosophical shift” inside of id from being a PC developer to a multiplatform developer. Hollenshead says that as an independent developer, you have to be on “all the relevant platforms” to be successful.

“So we don’t really view ourselves as PC first,” he adds. “I think I would say that John says that probably the primary development platform for Rage is actually the 360.”

Something to think about on this glorious April day, I’d say. Make sure you glance over the full interview, as it’s lengthy and full of some pretty good tidbits.