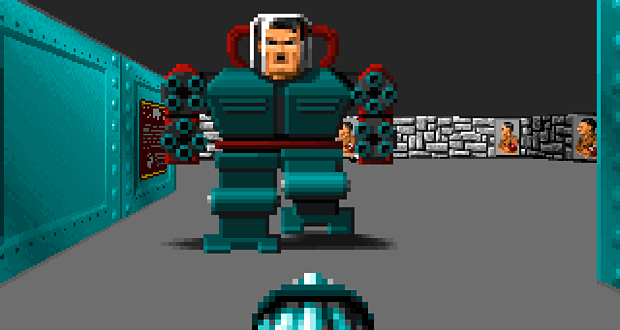 Hitler will not make an appearance in Raven Software’s Wolfenstein.

Speaking with me earlier today, id Software community manager Peter Sokal shattered my fragile heart when he confirmed that a robotic Hitler would not be included in Wolfenstein. The reason? It’s a timeline thing. Sokal gently explained that Wolfenstein takes place after Return to Castle Wolfenstein — a title that takes place after Wolfenstein 3D, where “Mecha Hitler” appeared.

“No,” Sokal said, “in this game there will be no Hitler. We love ‘Mecha Hitler.’ Obviously, he’s one of the classic bad guys in videogames. It’s so famous in Wolf 3D when you finally killed him off, but this time around — like I said — it takes place after the events of Return to Castle Wolfenstein.

“So, we wanted to expand on that story, make it a lot deeper story arc this time around. For the story we were trying to tell this time, it just didn’t really fit to have Hitler and Mecha Hitler in the game.”

While I find it unfortunate “Mecha Hitler” isn’t in the new Wolfenstein, I have faith that Raven Software and id Software have worked together to make other equally cool occult Nazi monstrosities for me to fight. But, you know, it couldn’t hurt to throw an occult mage into a robot suit. Just for old time’s sake, guys? Thanks.

Destructoid reader “karubah” submitted this “cyborg Hitler” question to me via Twitter. I have a feeling this wasn’t the answer you were looking for, man, but I’m glad to provide you with one.

And speaking of getting answers, if any of you have game-related questions or would like to share the opportunity to have a question given to a publisher/developer/representative/hobo/clown, follow me.