But he loves watching other people play it

Iconoclasts has been in development in one form or another for ten years now. Back in 2007, it was called Ivory Springs. That version of the game was never finished, but you can download it as a work in progress over on the developer’s website.

Then in 2011, work started on a “remake” of Ivory Springs called Iconoclasts. The basic story and scenario were the same, but the graphics were totally overhauled, as were many of the game’s mechanics. I use the term mechanics literally here, as Robin, the star of Iconoclasts, uses a giant wrench as both a tool and a weapon. You should also note that she has a wrench-shaped bun in her hair that looks just like the wrench she carries. It makes sense, seeing as Konjak, her game’s sole developer, has been retooling this adventure for about 1/3 of his life.

It also makes sense that he doesn’t feel a lot about his creative process at this point. When asked how he feels about finally being done with making Iconoclasts, he said “I feel nothing. It’s not really done until it’s out there and people are playing it. This time now is just waiting. Nothing exciting about that.” I think when this waiting period is over, Konjak will be very happy. People are going to love this game. 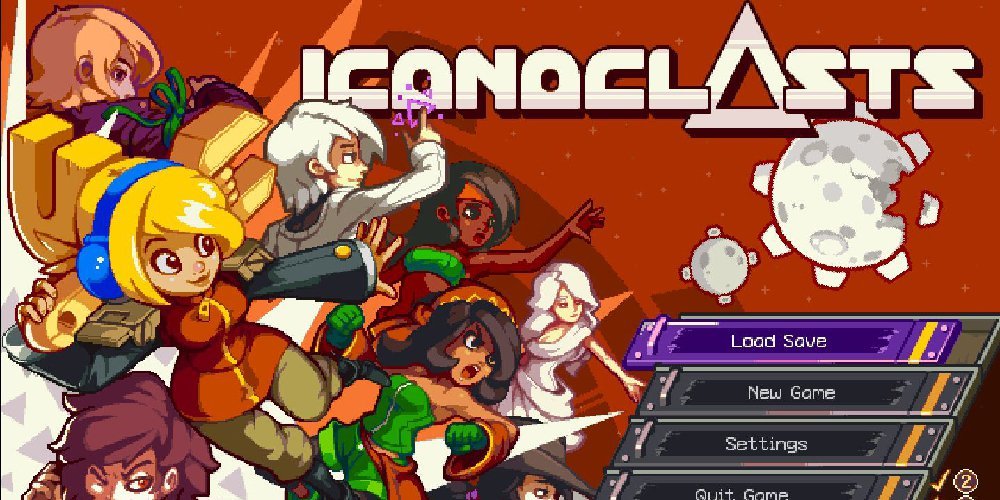 The Iconoclasts is so filled with little touches, secrets, and surprises that it will take players a long time to discover them all. The demo of the game I played featured the standard run, jump, and shoot controls you’d expect from the genre. It also lets you toss bombs, do a jumping ground pound, and use the previously mentioned wrench for melee attacks, reflecting projectiles, grappling onto nuts, and other tricks. There was also a secret double-jump technique that the player doesn’t actually need, but can be discovered if you’re thorough and/or lucky. Allowing for sequence breaking is a big priority for Konjak, who’s love for Metroid Fusion was a big inspiration during Iconoclast‘s development.

With all that going on, it would be easy to worry that the game would be overwhelming, but the pacing of obstacles as you get comfortable with your abilities felt just right. If you shoot at an enemy and miss by less than 45 degrees, your gun will auto-adjust the trajectory of your fire so that you hit the target. The same goes for near-misses on a ground pound, which auto-aims just enough to help you if you’re off by a few pixels.

In other 2D action platformers, this might make things too easy, but since only the most basic enemies can be taken down with the gun alone, that’s not an issue. Using the gun, the wrench, and the ground pound all in combination becomes important to combat after just a few minutes from the opening cut scene. This is just another way that depth leaks into every crack of this game, inviting the player to continually try new things and test their skills.

Konjak wanted me to know that this focus on keeping the action from being unnecessarily interrupted was a priority for him from beginning to end. “The feeling of flow is very important to me,” he said. “I want to help players to find that feeling as soon as possible, then guide them to use more advanced skills to reach that feeling again, in even deeper ways.”

That consideration for the player is also part of why Iconoclasts took so long to finish. Konjak made every part of the game all by himself (even the music), and he refused to allow anything but his best work into the final product. It’s easily his most beautiful project to date, which is saying a lot, given the quality of his past solo efforts and his many contract jobs for WayForward. Every environment here feels intricately cared about. Nothing looks cut and pasted.

That’s also true of the game’s many NPCs. I got to meet about 10 of them, though there are apparently more than 70 in all, and each felt unique and human with their own little story to tell. I expect the same same from the game’s 22+ bosses, when I finally get to meet them all. The only one I’ve seen so far is a giant green skull with guns for hands and a giant eyeball in some spiky spinning armor, but if Sleeper Brakeman for Noitu Love 2 (Konjak’s last big release) is anything to go by, I’m confident that the other 20+ will be just as eye-opening. 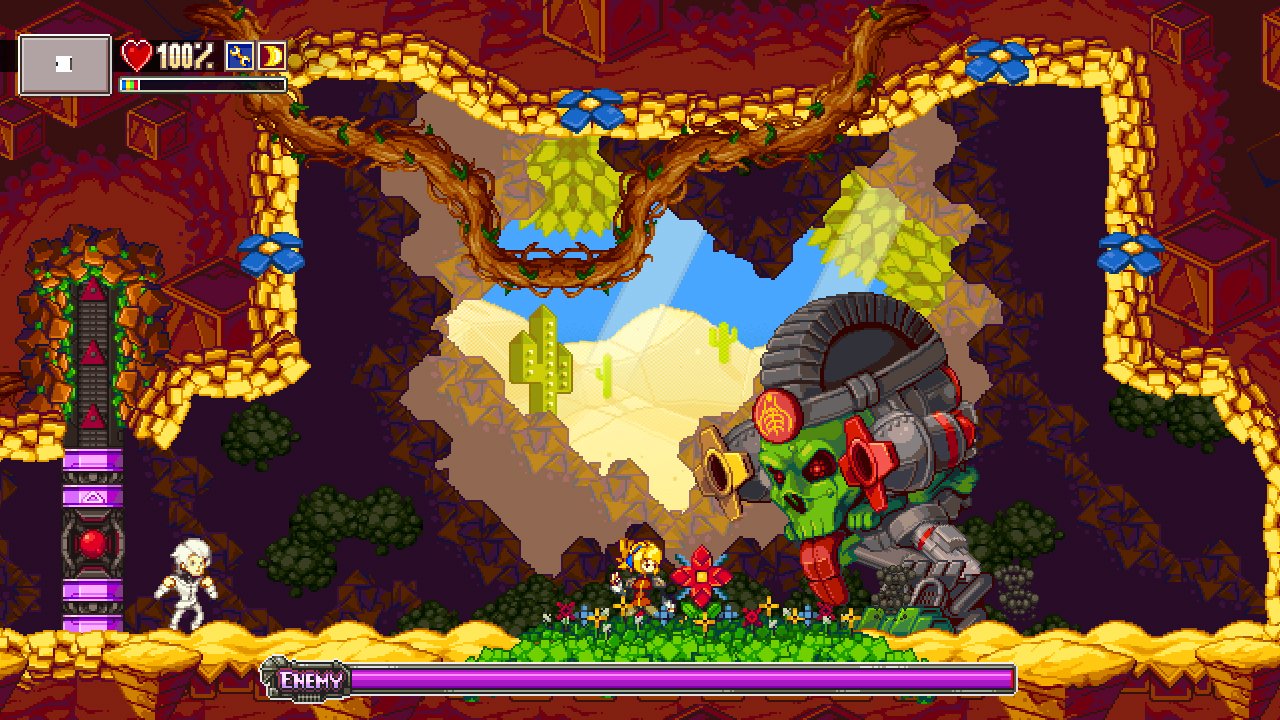 Iconoclasts is out on Steam and PSN soon. If this is the last solo game Konjak decides to take on, it is an incredible swan song. But knowing him, he’ll be back with something new in at least ten years. He’s doomed with the desire to make video games that are better than anything we’ve ever seen before. Making that happen means being self critical and potentially cranky a lot of the time, and nothing we do can change that. All we can do to help ease his pain is enjoy his work, and give him enough money for them that he doesn’t have to worry about starving to death. Personally, I think that’s a small price to pay.