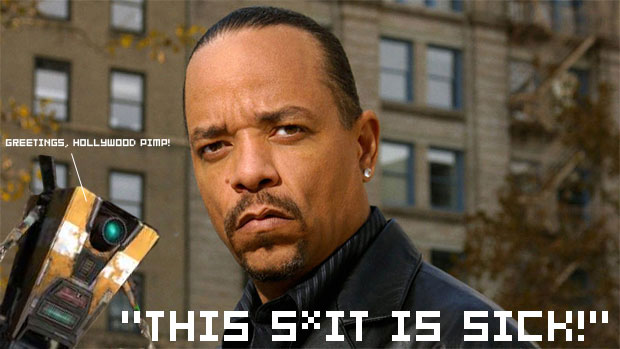 On October 21, actor/rapper/pimp Ice-T picked up a copy of Borderlands. Since then, he’s been a bit, shall we say… obsessed. And he’s been telling all 24,000-plus of his Twitter followers.

But it doesn’t stop there. Later, he tells his followers that he’s going to play the game again… for an estimated five hours. Later, he updates his progress and proclaims “This sh*t is sick.” 2K Games marketing, we can only assume, are frustrated they couldn’t have put that in their print ads.