I’m not afraid to admit that I enjoy heaps of kids movies. I mean barring the argument that a lot of films, Pixar most notably, are more of an “all ages” deal and get unfairly wrangled into the “kids” label, I also don’t mind watching movies that are undoubtedly marketed toward children.

Although the first Ice Age is the most mainstream of the bunch, the rest are decidedly more child-like, but one character kind of transcends that with his Looney Tune-esque no-dialogue charm. I’m talking of course about Scrat, the anxiety-ridden squirrel thing that commandeers the series’ signature shorts.

Although he probably deserved his own mascot platformer back in 2002, we’re getting one in 2019 that sadly feels like it was from 2002 on modern hardware. 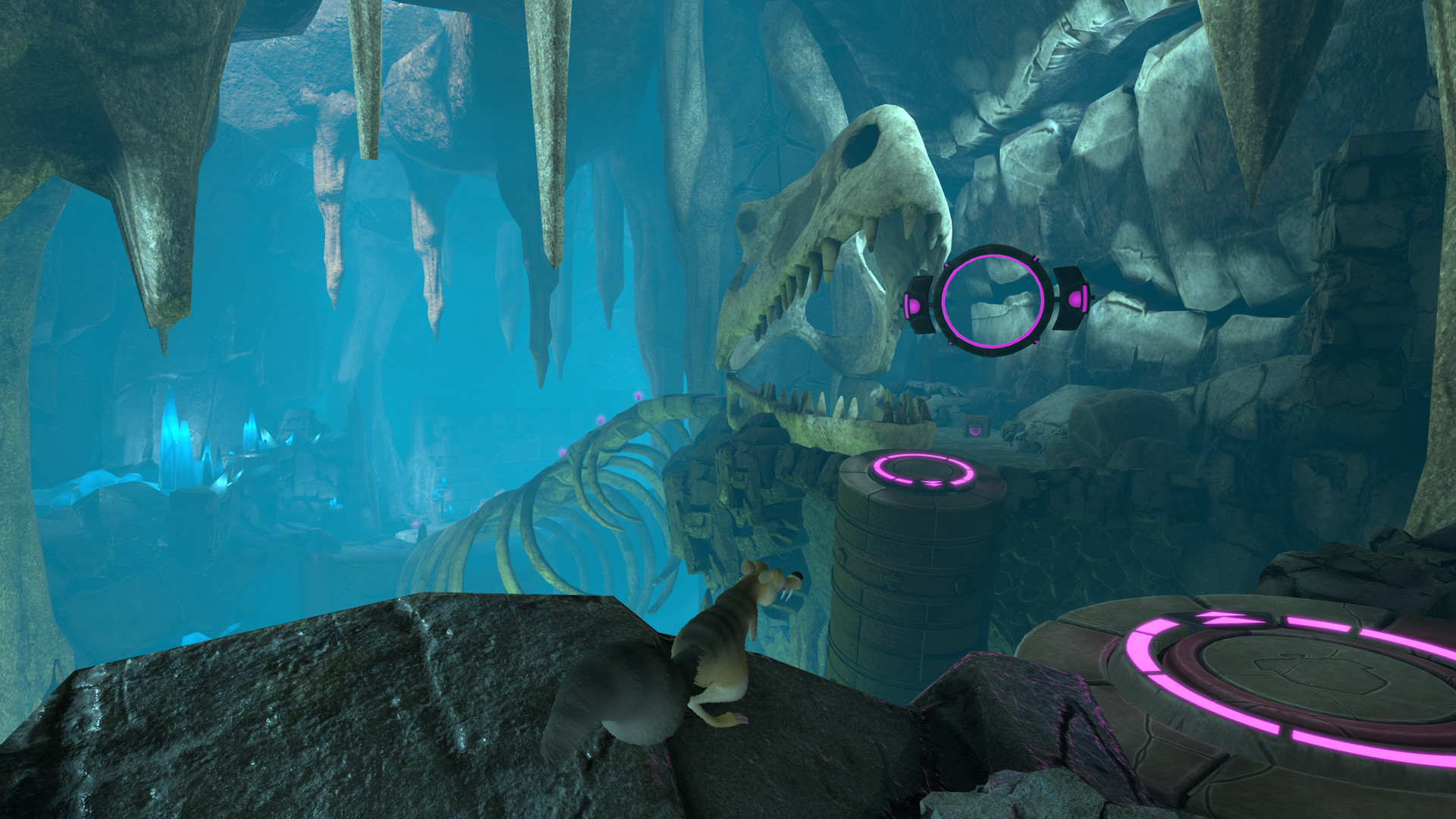 After what feels like a Fox (sorry, Disney now) animated movie’s worth of intro credits, we’re off to the mascot platforming races. Only, this race runs at a glacier pace.

On paper you’re getting a very familiar platformer with a lovable cartoon character. You know, the things you probably got on Christmas morning as a gift without asking for it, and either loved or hated it. There’s really no in-between with these sorts of games, you know! And I’ve played nearly all of them, from Aero the Acrobat to Croc: Legend of the Gobbos, to Jersey Devil.

Scrat’s Nutty Adventure has a real Lion King SNES/Genesis/Game Boy vibe to it, splatting bugs in a jungle setting and collecting shinies in an attempt to get to the exit. Our titular hero Scrat has a three-hit combo, a lengthy jump you can extend with a helicopter-esque tail swipe, and the ability to sneak around and throw nuts: mascot platformer stuff.

Amazingly, the world itself is very open, and the sprawling level design leaves plenty of room for hidden caches of nuts and tricky jumps. Forgiving checkpoints make it fun for kids and convey a low stress environment for everyone. I was surprised with how vertical it all was (and that it has fast travel/a connected world), and looking down on your conquest after scaling so much of the intro mountain resulted in some impressive vistas: more like the initial awe of climbing them than the actual rendition of them, if you know what I mean.

That’s mostly because Scrat’s Nutty Adventure is really rough, especially on Switch. While docked mode is a little more manageable, either docked or portable mode struggles to hit 30 frames-per-second, which is the minimum you need for a platformer with delicate leaps and hazards. I’m more than okay with it looking like a game from a previous generation with a budget price so long as it’s stable, but it’s not. I can only speak to the Switch version in this case, but it’s not pretty. It’s also a shame that jumped is mapped to Circle/A (the right face button) and cannot be changed.

The performance issues are a shame, because I can see the potential here. Having collected mascot platformers for the past several decades, they’ve given me a lot of joy over the years. Scrat is cute and the level designs are impressive, but the follow through isn’t.