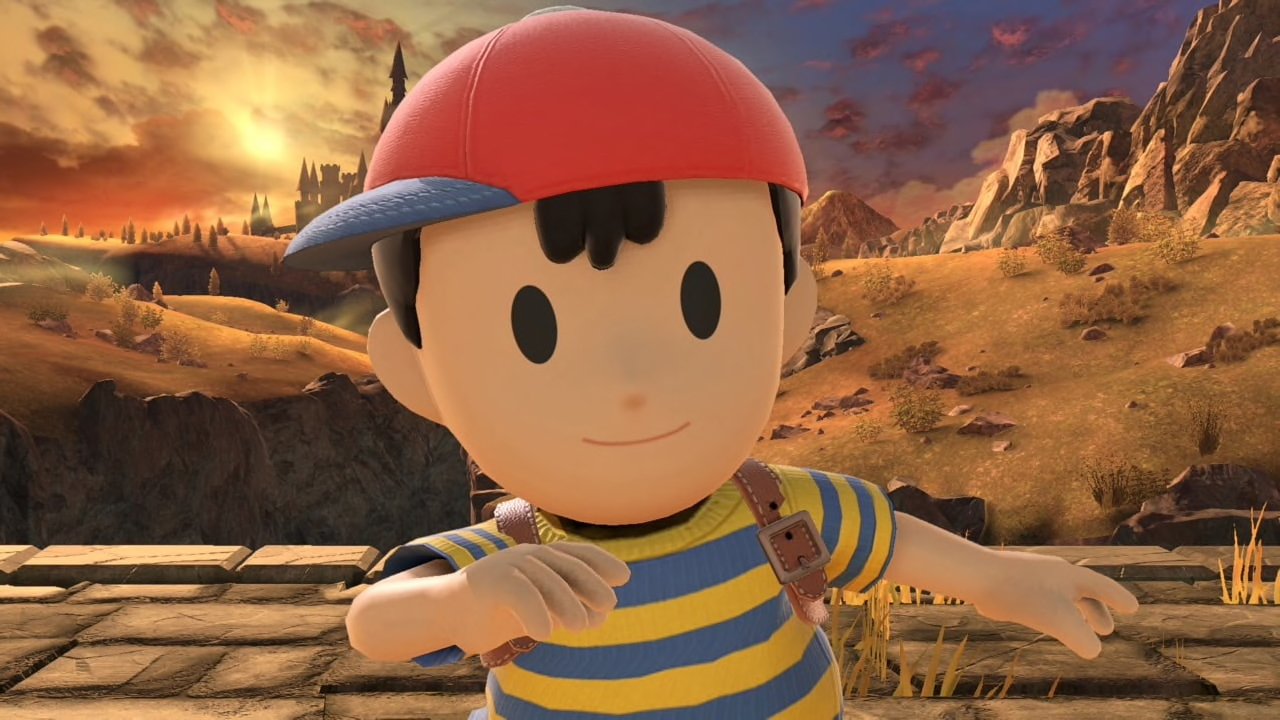 I dig these chibi toys

Unlike some of my fellow writers on Destructoid, I’m not much of a toy collector. I have several Zelda collectibles, some Funko POP! figures, and a few LEGO sets I haven’t bothered to put together, but that’s the extent of it. Most of my video game collectibles are books, puzzles, board games, and the such. I don’t have anything against collecting toys, I just hate having to dust small, intricate pieces. But that’s changing because of Good Smile Company and its line of Nendoroids.

Very recently, after having it in storage for more than a year, I took my Majora’s Mask Link Nendoroid out of the box and was blown away by the quality of the figure. I was so impressed, I immediately went to Amazon to finally buy the Breath of the Wild Link with Horse figure, but stopped when I saw the asking price. These things are expensive, and despite my love for Breath, I couldn’t bring myself to spend more than $70 on the figure. But I would spend that much money and probably more for Ness.

I’m one of those terrible gamers who claim Earthbound is one of their favorite games without ever having completed it. I played it for the first time not long after it launched on my uncle’s SNES, but only had about an hour with it. Last year I started playing it for real and am very slowly making the march towards the end. I do very much enjoy the game, but my adoration for Ness doesn’t originate from Earthbound. I love him because of Smash.

Among my group of friends, nobody wanted to be Ness in Super Smash Bros. They wanted Mario, Donkey Kong, and Fox. I started as a Link main, but when Ness was unlocked I gravitated towards him. I loved his playing style and how it was so unique from the rest of the cast. I loved the fact that he was just a kid like me. Mostly, I loved sniping people with PK Thunder.

That move is just one of many that could be made into accessories for a Ness Nendoroid. PK Fire is also a possibility, as are the various weapons he equips himself with throughout his adventure. His cracked bat, his yo-yo, his robot body, his pajama body, hatless Ness head, his hands holding a peace sign; there is an enormous amount of accessory possibilities.

There may or may not be a line of Earthbound POP! figures coming, but my Ness amiibo is better than most anything Funko is putting out. For the price they’re okay, but I’m ready and willing to spend more than necessary to procure myself a Ness Nendoroid. Hopefully, Good Smile Company can make it happen.

Now that I’m personally familiar with the best video game to be dedicated to bugkind, I can confidently say I’d love a figure of best girl Hornet. It might be a stretch to suggest an indie game character for a Nendoroid, but Hollow Knight has made enough waves to hit many a mainstream radar. Team Cherry also seems open to the realm of figures, as evident by their own custom $200 Hollow Knight fig. I’m sure most of us assumed they were limited to Japanese properties until we saw Overwatch hit their lineup, so who knows…?

As for why Hornet, the Knight has plenty of great moves that would translate into excellent Nendo accessories, so I think either would work excellently. But Hornet doesn’t have quite as much official merch, so I’m rooting for the underbug. Her needle and thread are dynamic enough weapons to weave into plenty of stylish dramatic and acrobatic poses. Also, I can only imagine how adorable her stoic chibi face might be.

Here’s the thing: these days merchandising has become part of a well-oiled machine. It’s hard to find a recent game property that I’d like toys for that doesn’t already have such. On top of that, the games I like already belong to popular franchises that are heavily merchandised.

My pick goes to the fairies of Kantai Collection. I don’t actually play KanColle because a browser-based RNG driven game doesn’t sound that appealing. But I really enjoyed the anime and the genre of military-hardware-anthropomorphized-into-cute-girls, so here we are. In KanColle there are these chibi-fied characters known as fairies who fly the fighter planes, work the guns, and even blow the winds. They’d be perfect subjects for Nendoroids or even some gashapon figures. They’re so damn cute, but to my knowledge, there aren’t any toys of them out there. I’m putting this in as a plea. I have money here in my hands. Somebody make this! Take my money!

If there’s a character who deserves the rite of passage into the realm of Nendoroids, it’s Marina Liteyears from Mischief Makers. Other than her starring in one of my favorite Nintendo 64 games, the Ultra Intergalactic Cybot G’s adorable appearance makes her the perfect candidate for Goodsmile’s chibi figure toy line.

Her accessories can include a random Clancer for her to do her signature “Shake Shake” action while sporting a cute facial attachment. Then again, they could go the extra mile and have it come with the cluster of enemies that she’s holding in the Japanese cover of the game. That way, it can capture her ridiculous side. Thanks to the special ending from obtaining all of the gold gems, they could make Nendos of her two human forms as well. In other words, they can triple the cuteness.

Come to think of it, none of Treasure’s heroes and heroines received this treatment, which shows that she needs to become one soon. While we’re at it, we might as well have them focus on their other games since the big-eyed style featured in the likes of Guardian Heroes and Radiant Silvergun makes them perfect for this super-deformed brand.

Nendoroids have been good to me, with characters like Persona 5’s Makoto and Overwatch’s Sombra already confirmed. To be honest, I could probably come up with a hundred other answers for this, such as Final Fight’s Poison and KoF’s Leona Heidern.

But what would be really rad, would be a Nendo of Faith Connors from Mirror’s Edge, one of my favourite game gals. The intrepid courier could sit by me and inspire me through my work and play, as well as make daring parkour runs to the kitchen to fetch my lazy ass another donut. Of course, her stumpy legs might make some of those leaps a little tricky,

Accessories could include a little runner’s satchel, a gun – that you never ever use because you’re playing the game properly – and a stopwatch for all those tool-assisted speedruns. A selection of faceplates could be included to convey Faith’s wide range of dynamic emotions, from studious, to serious, to super-duper serious. While there are plenty of characters I’d like to see immortalised as Nendos, as the man once said, I gotta have Faith.

We haven’t done it in a while, but we opened this week’s question to the community to find out which figures they want Nendoroized:

RottySiets: That chick from Gravity Rush 2. Never played the game, but she always looked kinda cute. Kat I think her name was.

Something like Gehrman the first hunter would also be a great choice. It would be interesting to see their take on such a grisly character.

DeScruff (Sypran): Dunno who I would choose…
Obviously they would need to be cute
Reaaaaaalllly cute.
Overflowing with being purely adorable no matter what.
Then the figure would essentially multiply that 1000x.
How it would happen I dunno, but man if it did… I’d insta buy.
Yeaaahh you guys know who I’m talkin about.

Aht from Radiant Historia! … What… Who did you think I was taking about?

siddartha85: This is tough. You know what’s an unpredictable choice? Cutesy Alan Wake. Also, Barry from Alan Wake, with the Christmas lights.

Batthink: My first choice would be a Morrigan Aensland (Darkstalkers) one. This’ll give people at Good Smile the opportunity to be able to add parts, so you can swap her face/hair/clothing like she does in her victory poses. Removable wings, everything.

My second choice would be Yangus from Dragon Quest VIII. The body would probably be a bit wider than most Nendoroids, but having one of my other favourite characters in games would give me a big smile. Also, lots of battle-axe posing.

King Kaiser: Maya Fey! That’d be one adorable Nendoroid, plus you could have a standard version with ramen, and a special American version with burgers!

dephoenix: Honestly I am surprised that 2B doesn’t have a nendoroid figure yet. As popular as she is, you’d think it would exist already.

Cygnus Rush 961: I might be interested in a Nendoroid version of Sigma from Mega Man X if only to compliment the X and Zero Nendoroids already released.

SrChurros: That dick chariot from SMT.