With an outstanding score on Metacritic and a 9/10 from our own Chris Carter, NieR: Automata has proven once again that Platinum Games is one of the best developers in the game today. So much so that seemingly every time people talk about Platinum Games, they talk about what properties they want it to tackle next. I’m sure we all have a game we’d love to see it make, like a good TMNT title, but for me, I can’t help but wonder what a Platinum Games developed Base Wars game would be like.

If you don’t know what Cyber Stadium Series: Base Wars is, I feel sorry for you. Released in the later years of the NES, it’s a baseball game starring robots that fight each other. Close call at home plate? Fight it out! Caught trying to steal second? Fight it out! I don’t play baseball games because baseball is just so awful, but you can bet your ass I would if instead of being called out at first, I had a chance to fight a robot to the death to decide the call.

With its limited NES graphics capabilities, the action of Base Wars was rudimentary. There were only four robot models, and while they could be upgraded, every fight pretty much felt the same. It was also wickedly unbalanced if you were armed with a gun. But put that concept in the hands of Platinum Games, and you have a chance to make something magnificent. Imagine stealing home and initiating a massive, visually spectacular fight with the catcher, where the two of you end up in dugouts or in the stands. Imagine getting beaned by a pitch and being able to return. Imagine a bench-clearing brawl that pits you against nine, supped up robots at once. The more I think about the possibilities, the more I laugh at how perfect the idea seems.

As one of the 18 people who bought Infinite Space, a part of me wants Platinum Games to branch out from the action genre it’s been pigeonholed in. But the part of me that thinks Bayonetta 2 is one of the greatest games ever made knows that keeping the developer doing what it does best is the way forward. A Platinum Games developed Base Wars is perfect, and something tells me the rest of the Destructoid staff isn’t imaginative enough to come up with an idea as good as that.

It’s clear that Platinum is at its best when there’s very little meddling.

Star Fox Zero was allegedly plagued with it, as was Scalebound, which was canceled outright by Microsoft. That’s why, in this dream scenario, they’d re-acquire the rights to God Hand and do a follow-up on their own terms. Remember Clover Studios, the predecessor to Platinum? That team lovingly crafted some of Capcom’s best work, and since the publisher isn’t doing anything with the IP anyway (he almost made it into Marvel vs. Capcom 3, but was replaced by Amaterasu!), maybe Platinum can put some of their Turtles money to good use and buy it.

We’re due for another God Hand. We rarely see great, deep dive-oriented technical action these days outside of Platinum’s own body of work (like NieR: Automata), and since the game’s world is built on absurdity and parody, there’s so much untapped potential for another music icon-themed boss fight or poison animal races. Just stick to the same miniature sandbox setup, with some concessions for modern hardware (Bayonetta 2), and you’re good, Platinum. 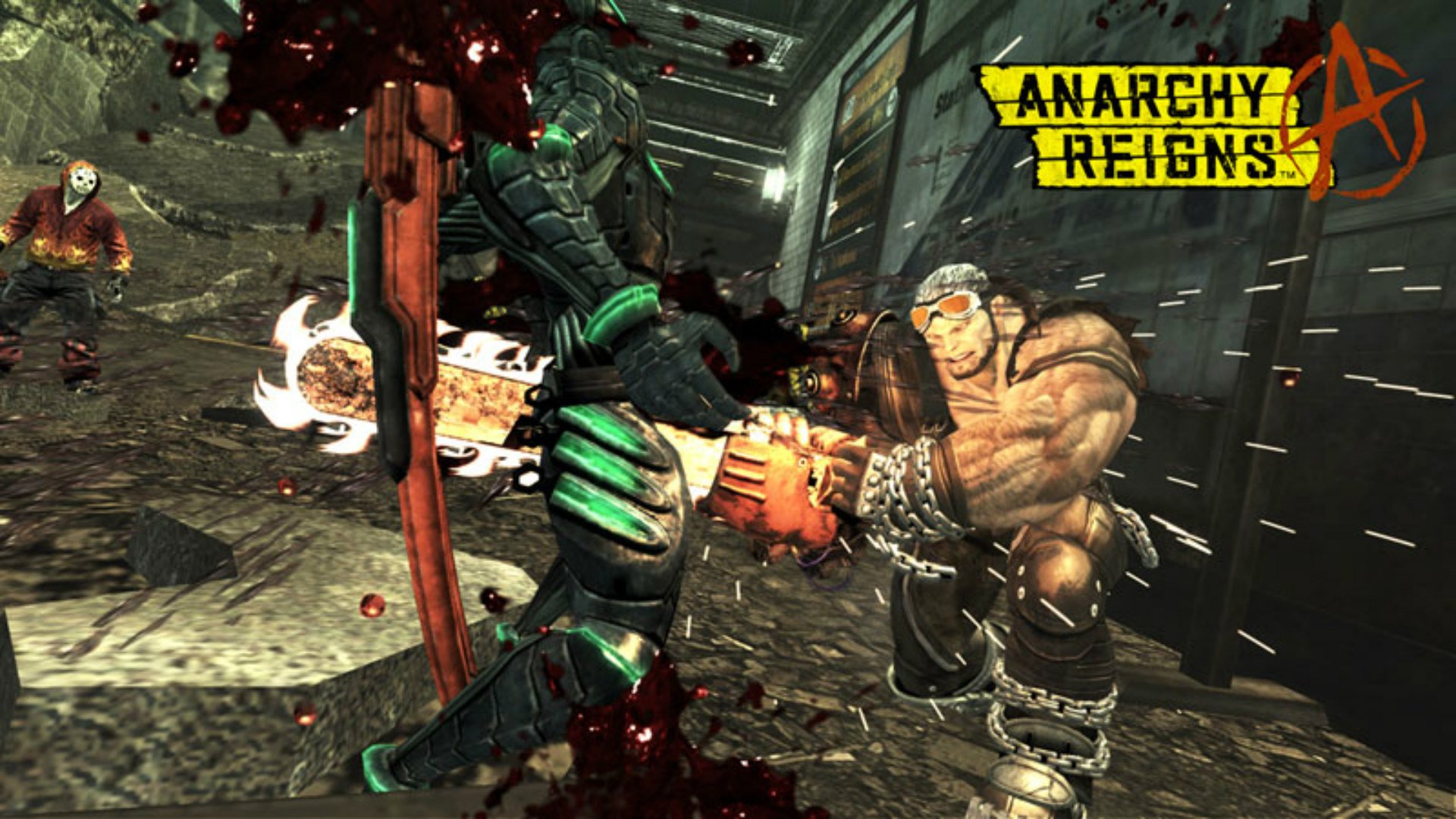 It’s been five years. I get that you’re busy making great games out of random licenses, but you’ve got to make another arena brawler. Do it the right way and get everyone’s attention this time around, however. Put Bayonetta front and center (not as pre-order DLC), pull characters from Vanquish, The Wonderful 101, and Scalebound and just go for it (licensing issues abound, but whatever it’s my fantasy). The first game’s problem was its lack of an actual single-player story (instead, separating its campaign between two characters), and focus on multiplayer content. That obviously didn’t work the first time, so why not flip it? Focus on single-player content, but make it endlessly replayable with all of those original characters that are just sitting in someone’s computer right now. Then add-in multiplayer content for those who want to mess around with it.

Anarchy Reigns was basically unplayable after the first week since it lost its audience support, so I just don’t want that heartbreak again. But there was a dope fighter with tons of options to play. All of the characters had the special Platinum charm, and we literally haven’t had a game like it since.

Don’t make friggin’ Base Wars before you do this, Platinum. 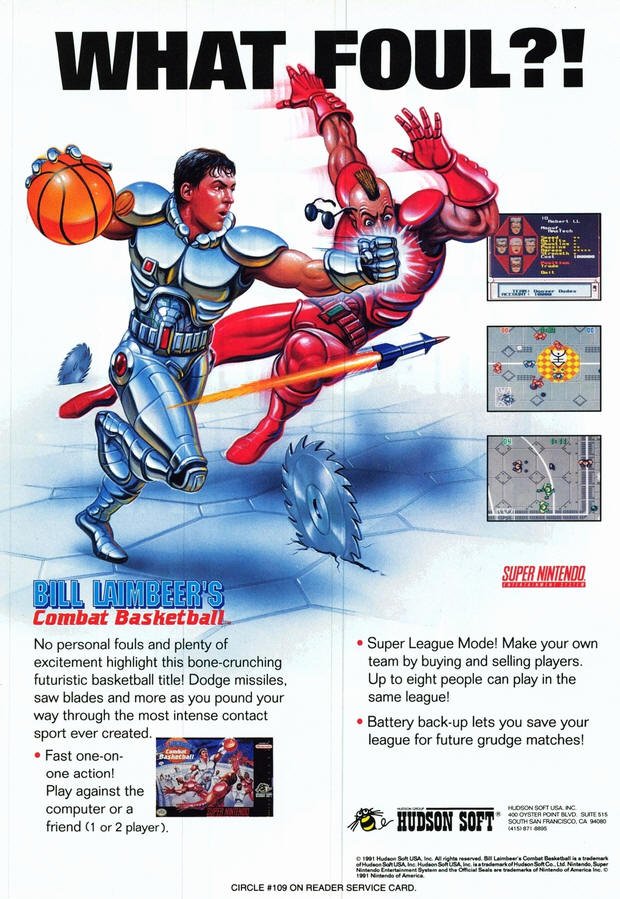 We all know what Platinum does. They are the king makers for high-octane dynamic action games. They create visual poems; each pixel and frame linger in your mind like a slow and delicious poison. Stating that Platinum makes video games is like saying Baudelaire or Rimbaud merely wrote poems. The words do not suffice. The feeling they evoke is beyond audible expression. They create something as close to magic as we will get in this world. That is why Platinum should be the company to re-invent Bill Laimbeer’s Combat Basketball.

Not many of you will remember Bill Laimbeer’s Combat Basketball. That is fine. Hieronymus Bosch wasn’t lauded as a mad genius until after his death. Set in a dystopian universe where men fight for breeding rights with the last natural-born women in the galaxy, Combating Baskets starring William Laimbeer, Sr. was decades ahead of its time. The basketing court, a concrete and chrome charnel house, is festooned with traps, from proximity mines to razor saws to homing axes. The uniforms are a garish hue of red or blue (a nation divided taken to its natural conclusion?). The game is largely bloodless, given the subject matter. Some would say that it is due to the limitations of the Super Nintendo in 1991. I would ask them to consider that the Velvet Underground’s debut The Velvet Underground & Nico was commercially and critically a failure at the time of its release then open their eyes for once.

Platinum could redefine the medium of video games if they wanted to. They have the brilliance and capability. All they need now is Bill Laimbeer’s Combat Basketball. 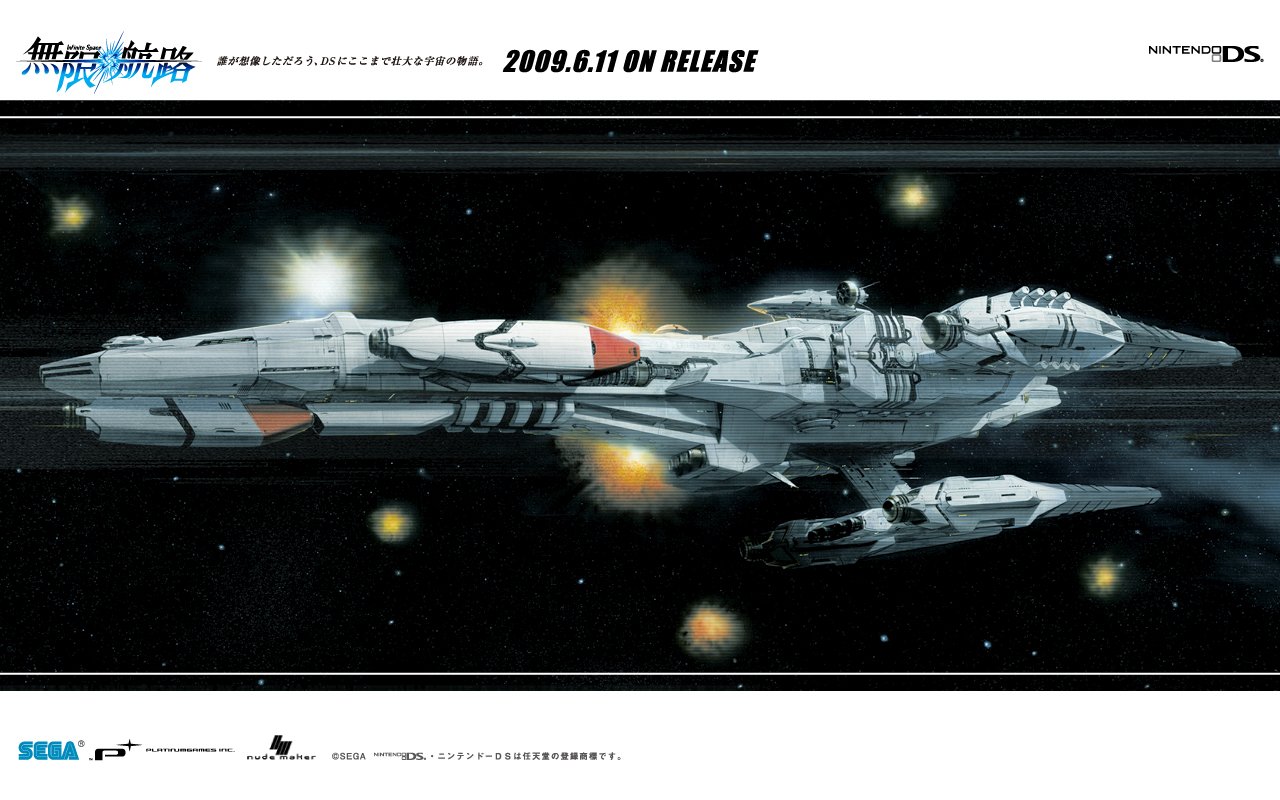 Like CJ, I, too was one of the 18 people who bought Infinite Space on the DS, and you know what? It’s about time we got another. The gaming climate is friendlier than ever and the success of games like Rogue Galaxy, Elite Dangerous, and even No Man’s Sky have proven the market’s ready for the style of meandering, languid space travel Infinite Space excelled at.

Of course, those same successes would mean that a new Infinite Space game would have to step things up. Besides graphics, more detailed ship customization and maybe a refinement of the battle system would be in order, along with content to keep the game from becoming too repetitive. Also, ditching the anime-fied Childhood’s End plot might also end up a plus. I’m not so much looking for a sequel to Infinite Space as I am a game capable of reminding me that Platinum isn’t all about stylish character action and mediocre licensed titles (that are also usually character action games). 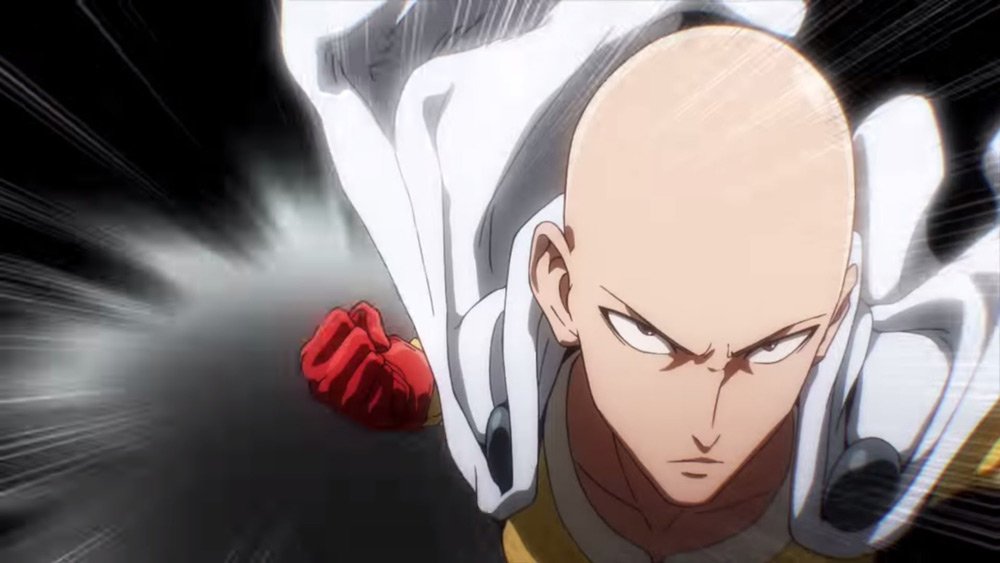 Oh man, when CJ asks us to contribute to these posts I have to mull my ideas over for a week. Not this time. I’ve been dreaming up a Platinum-developed One-Punch Man game for the last couple months.

Wait! Don’t leave yet. If you’ve seen the anime, you might think that Saitama — a man who can kill the shit out of anything with a single punch — would make for a dull character in a Platinum-style action game. Well, you’re wrong, and you should loosen the shackles that keep your imagination from soaring,

Here’s what I’m thinking: don’t let players play exclusively as Saitama. It sounds weird, but since the show features so many lower-class heroes that are basically super-determined dorks in spandex, they should be a focus of our hypothetical game here. Instead of playing as the titular character and ending threats with a single button, let us play as a whole cast of characters that are chipping away at the ridiculous villains, monsters, and aliens of One-Punch Man. Genos the Cyborg could be the character you spend the most time with, but I’d really want to see C-level heroes get their time in the spotlight too. They can all have their own move sets, but they’re mostly there to buy time for Saitama to get there. During climactic battles (like against the Deep Sea King), the gameplay could alternate between your crappy heroes getting their asses handed to them and a mini-game where Saitama’s on the pegs of Mumen Rider’s bike, dodging obstacles and getting closer to the battle.

When you’ve finally bought enough time for Saitama, he gets there, has to dodge a bunch of attacks, and fucking annihilates whoever you’re fighting in a beautifully ridiculous Asura’s Wrath-esque quick time event. That way you get all of the hype of the kill and the crushing disappointment that it’s already over that Saitama experiences over and over.

If you have no idea what I’m talking about, go watch One-Punch Man. Then come back and tell me how much you wanna play my imaginary game.

I would absolutely play each and every game suggested here.