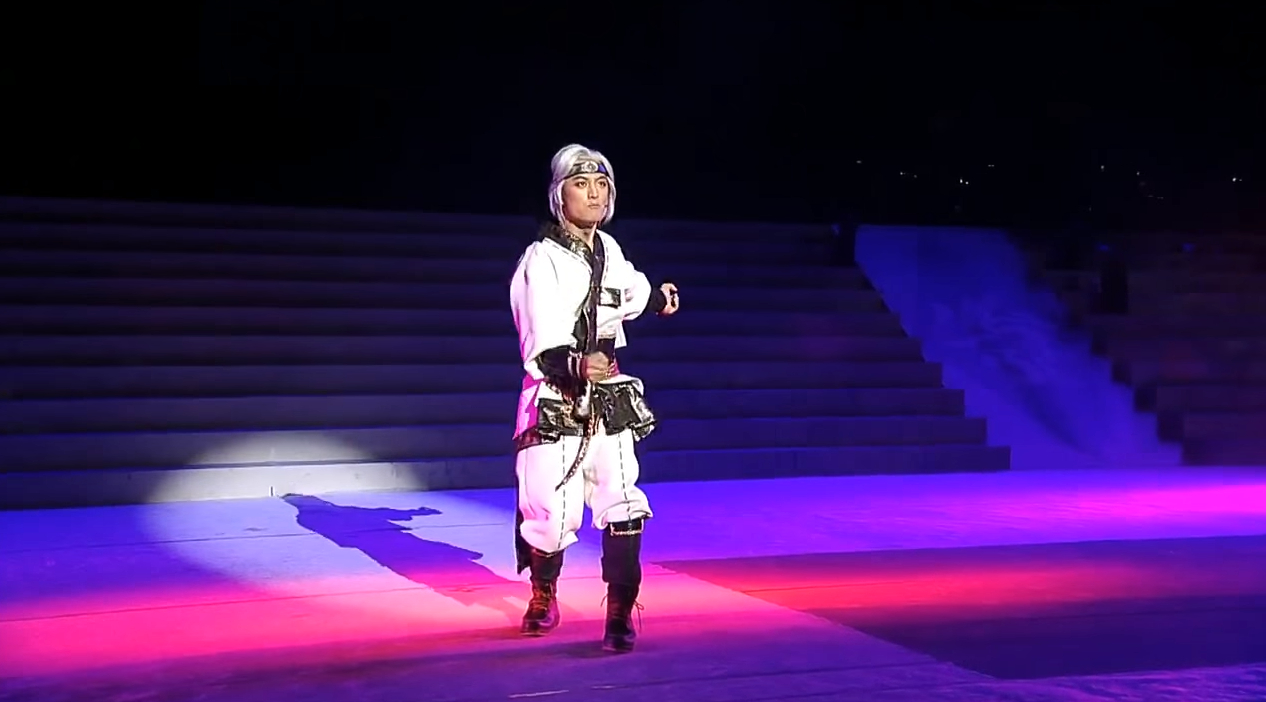 Including: the devil, modern day rap

As a prelude to the Blade & Soul World Championship, NC Soft put together a Blade & Soul musical. I suppose it wasn’t technically about an MMO since it was the Blade & Soul story, but I’m really not sure about anything after the display I saw last week.

The good thing is, wow, you can watch the whole thing, too, for a slightly watered down version of what the hell I experienced live.

For example, the sudden, anachronistic rock music and devils at 10:00.

I swear to God at some point two different Korean female gangster rappers came out in modern attire and rapped and they’ve cut that bit from the video upload.

Seriously, it must have been Jessi and Cheetah, both of whom did sets after the tournament ended (to varying levels of crowd dissipation) and the latter of whom was spitting hot fire. There were also performances by Mamamoo and their song “Mr. Ambiguous,” which, good lord, is pronounced in Korean like, “Mr. MMO.”