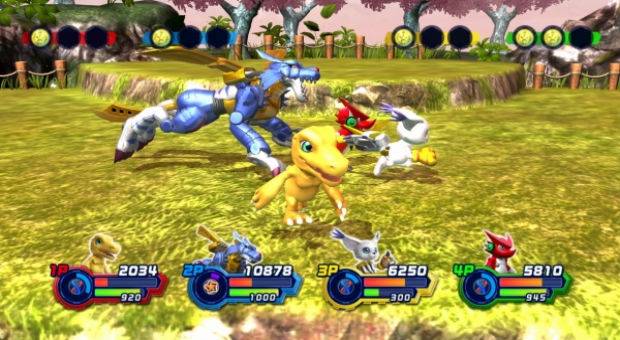 Digimon All-Star Rumble is headed for an official launch for PlayStation 3 and Xbox 360 on November 11, and I couldn’t be more excited. It’s been so long since I’ve actually played a Digimon game that this one has me itching to revisit the series and the awful dub so I can prepare myself to Digi-volve into the ultimate tamer. Or whatever.

This entry into the long-running Digimon video game series is a party-arena multiplayer endeavor that place Digimon against each other in a “Digimon Evolution Tournament” to determine once and for all who’s the strongest of them all. It’s a time of peace, after all, and digital monsters get bored, after all. They’ve got to do something to keep themselves occupied.

Players will be able to Digi-volve to their heart’s content by using their Digimon’s “Evolution” option, so I’m hoping I can get some Angewomon in. Is anyone else looking forward to playing this with me? Party and Digimon marathon at my apartment. Let’s go.