From the Golden Archives

[Originally published on Destructoid back in 2006! Some photos were lost/replaced, otherwise minor edits made. A Burch classic! For dumb people: this is satire – Niero.]

3D-Rendered, big-buxomed women with identical blank stares do absolutely nothing for me. As far as I’m concerned, Lara Croft and the Dead or Alive girls could disappear from the face of gaming, and it wouldn’t make any difference to me, because of one simple fact: They aren’t Carmen Sandiego. Always outfitted in a bright red trench coat and matching fedora, Carmen has been one of the most enigmatic and prolific video game characters of all time: nothing is known about her apart from her name and occupation (thief), but she’s starred in twelve games, three TV shows, and two planetarium movies. And I want to do her. I want to do her bad. 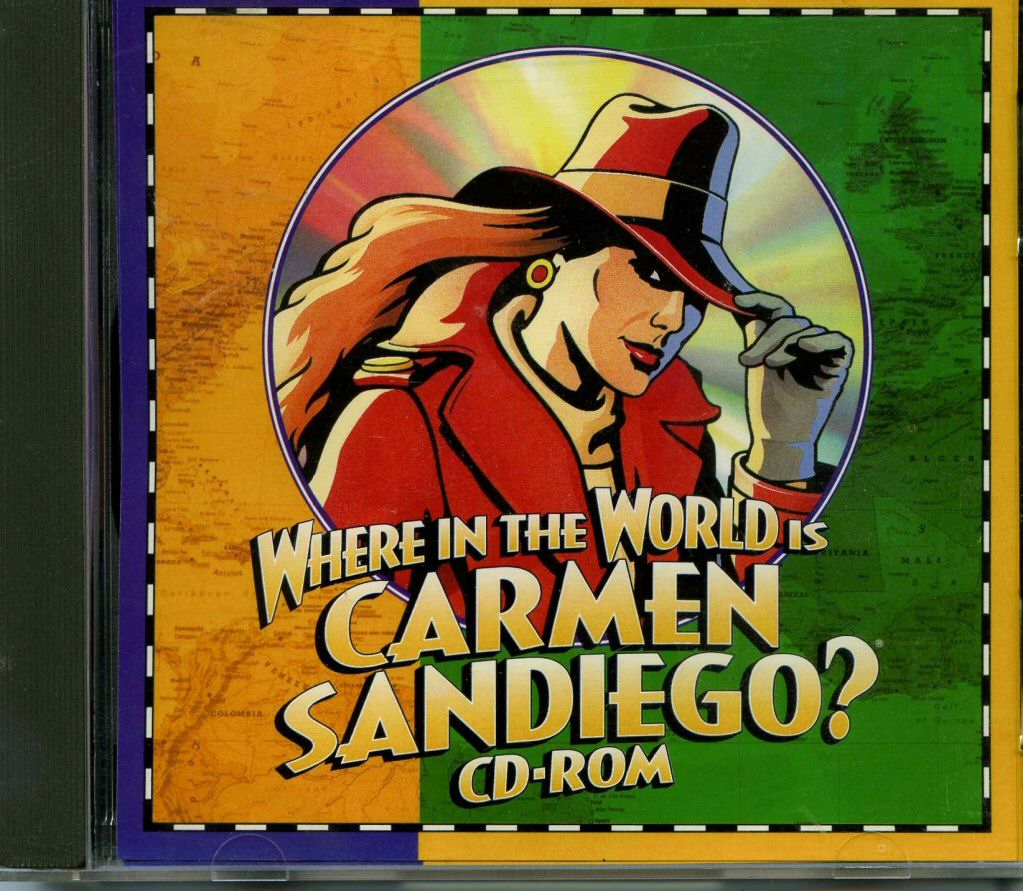 Just look at this picture of her. Carmen is living proof that mystery is sexy. She doesn’t have to show a lot of skin (or any, in fact) to be attractive: that’s a rarity, even among women that aren’t computer game villains. She knows she’s hot, but she doesn’t give a rat’s ass whether you do or not. She doesn’t flaunt her sexiness, doesn’t exploit her looks while pretending not to; seeing Carmen, you know that she got to where she is in the criminal underworld through hard work and intelligence, not her tits. I mean, it’s one thing to cover yourself up, but have you ever seen both of her eyes? At the same time? Or, with a nonspecific skintone and an exotic last name like “Sandiego”, can you even tell me where she was born? Hell, no. That’s pretty goddamn mysterious. And pretty goddamn hot.

I mean, could YOU ever find her? Considering I’m about fifteen years older, I could probably beat one of her games now, but when I was first aware of them—around 3rd grade or so—I couldn’t complete a single one. Carmen hides her tracks, and she hides them well. She’ll maybe leave a few clues lying around, just to tease you, keep you on the trail (Carmen likes the chase), but if she ever really wanted to, she’d disappear and you’d never see her again. It’s obvious that only by her permission has she ever been caught, considering she immediately escapes after being arrested.

Even if I get twenty clues from twenty different countries, I can’t even find the chick. Can you imagine how hard it’d be to get inside her pants? 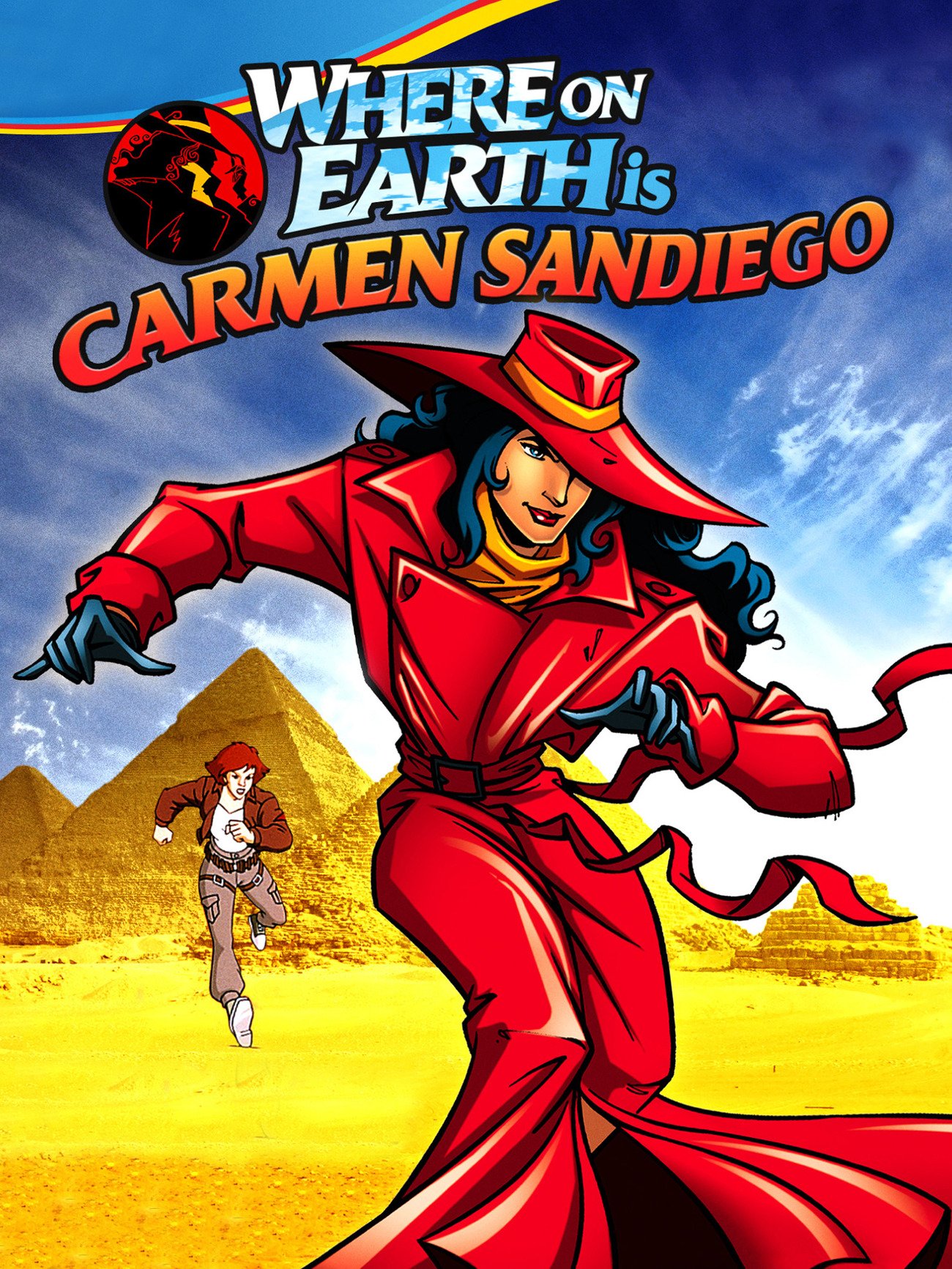 Well, sort of. She’s a criminal that hasn’t ever killed anyone. Nonetheless, the whole crime aspect of her personality is pretty sexy; in the same way that shallow, superficial women are attracted to equally shallow and superficial musicians, lots of guys are attracted to danger—or, at least, the illusion of it. Dating Carmen would give you all the thrill of being a supercriminal, but without the threat of getting the death sentence if caught (Carmen steals, never kills) or being whacked by rival thugs (Carmen has no rivals). A relationship with Carmen Sandiego is basically the dating equivalent of a rollercoaster ride—exhilirating, scary, but ultimately safe. And with a blowjob at the end.

She has a heart of gold

Now, why does she steal all of this stuff in the first place? She doesn’t seem to be using it—if she had a permanent home, it would have been found by now, and she’s definitely not buying new clothes—and she may just steal stuff for the thrill factor, but, really, wouldn’t that have grown old after 21 years? In reality, I think her motives are much more altruistic: she likes teaching children. In two decades, she’s taught kids geography, reading, arithmetic, history, and trivia solely through her thefts. Now, you may ask, why does she have to steal in order to teach children basic school subjects? I’ll tell you why. It’s because she knows what kids really pay attention to. School? Eff that, nobody pays attention in school. But a high-profile robbery of a priceless artifact with some deliberately left clues and the promise of international fame for catching the thief? THAT is something kids will pay attention to. However selfish or greedy Carmen’s exploits may seem, there’s only one real reason she does any of it: for the children. And kindness is hot.

So you don’t have to put up with the crap you get from regular girlfriends. She’ll never cheat on me, she won’t nag, she won’t have annoying friends, and, perhaps most importantly she won’t get irritated when I play videogames…she’ll join in.

P.S. I would also like to point out that this post is tagged with the “Things Gamers Do” category. A-hyuk-hyuk-hyuk.