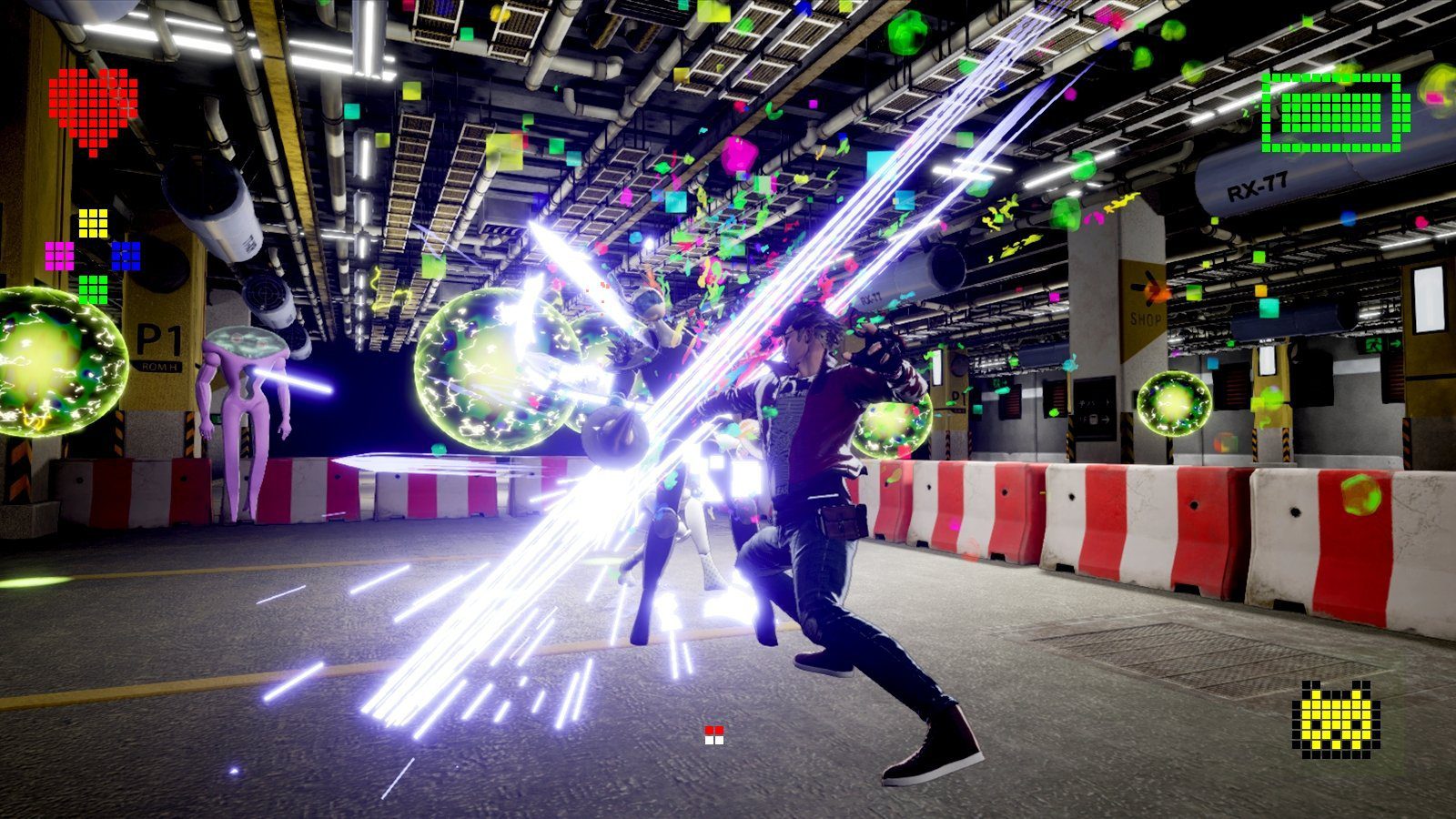 Yesterday was full of surprises for hack-and-slash fans who own a Switch. Not only did Nintendo release a two-hour demo of Hyrule Warriors: Age of Calamity but then Xseed simultaneously shadow-dropped No More Heroes 1 & 2 on the system at the same time! Just like that, owners of the hot hybrid console were instantly covered in a sticky mess of violent crowd-skewering action.

Now that we’ve all had a day to rest on those releases, maybe it’s a good time to swing back around to the new trailer for No More Heroes 3 and see what we can find. From the looks of it, the game will be less a direct sequel to No More Heroes 2 and more of a continuation of the lesser-known No More Heroes: Travis Strikes Again, the actual third game in the series. New interstellar villain FU appears to be standing on a boardroom table, which we can guess is in the office of Damon Riccitiello, Travis Strikes Again‘s CEO antagonist and not-so-veiled parody of former EA CEO John Riccitiello.

Take a closer look at No More Heroes 3‘s user interface, and Travis’s Joy-Con-studded glove in the opening of the trailer, and you’ll see hints that the “chips” from Travis Strikes Again may also be coming back… again. Previously, those chips were used to give Travis and other playable characters (Shinobu, Bad Girl, and Badman) massive, over-the-top abilities like Jedi-style telekinesis and the power to create black holes. Speaking of Badman, it looks like he’ll also be back for the threequel, though it’s not clear if he’ll be playable or just a punching bag (that’s him getting pummeled at the 00:58 mark).

As someone who loved the highly personal, pseudo-autobiographical story of Travis Strikes Again but was in and out of love with actually playing it, it’s great to see that No More Heroes 3 may be bringing the best of all worlds to the table.