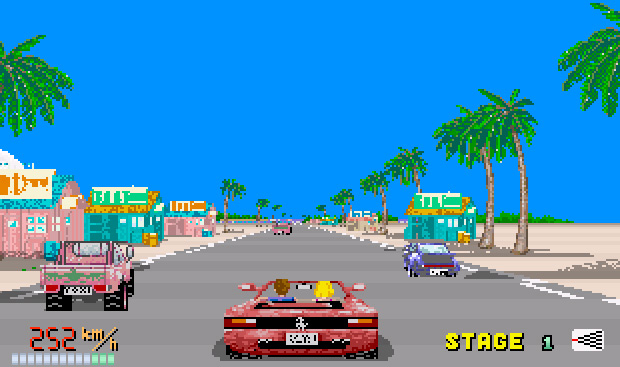 “This is the original arcade OutRun from 1986, ported to the PC via the incredible open-source work of Reassembler,” the company says. “We modified the source to provide the output we need to run our platform, which was easier than you might think: While OutRun is worlds away from a modern simulation like Live For Speed, rFactor, or iRacing, it feels remarkably good once you combine the data the game calculates about the vehicle’s position.”

It’s also said to be “even more fun than it looks.” I am sufficiently jealous.

*That won’t end in you dying, probably.

How I imagine my first several (hundred) races would go:

Filed under... #Arcade#Cooler than the other side of the pillow#Offbeat#Sega#Things gamers do