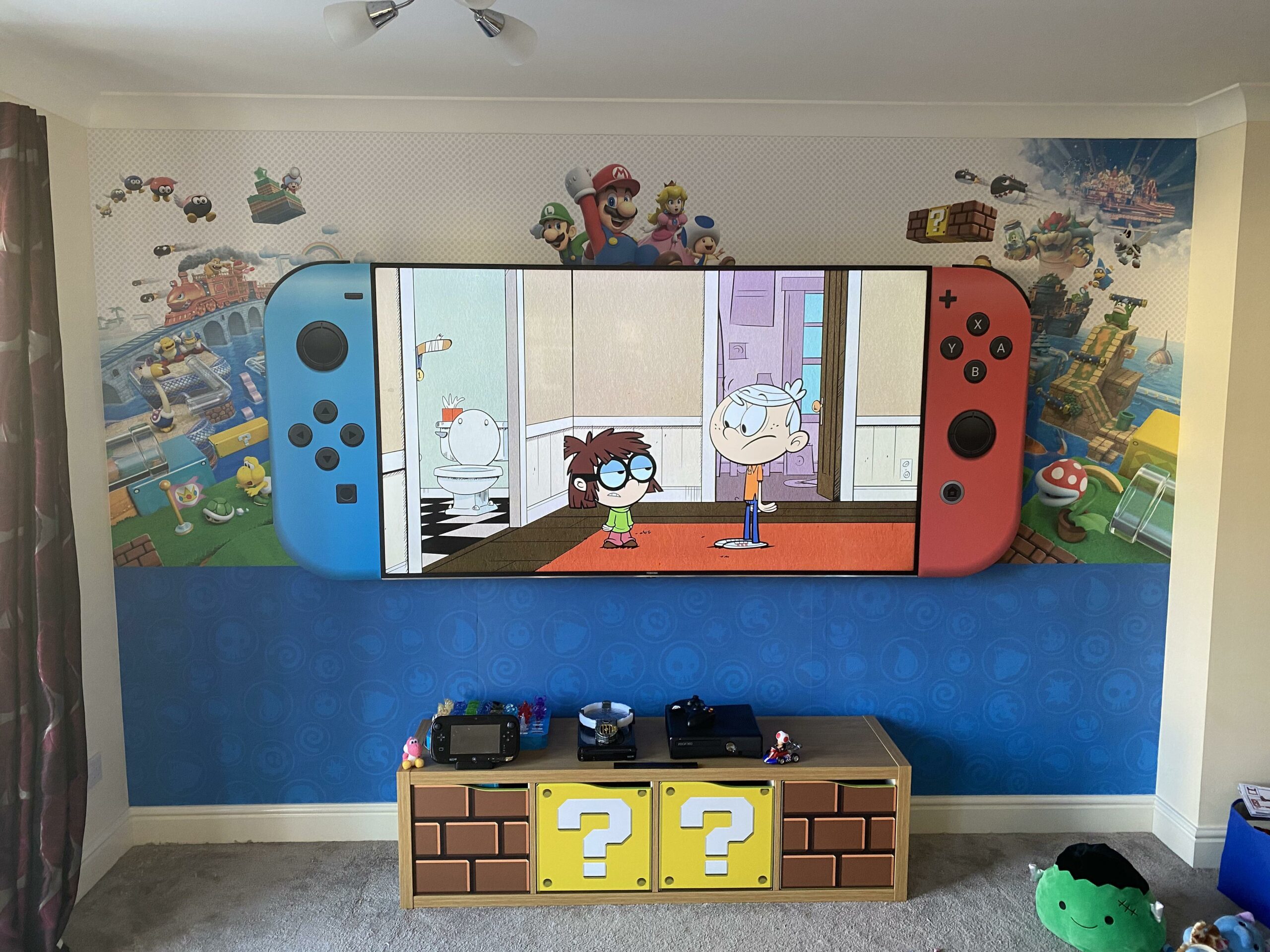 As a kid, I had a hand-me-down TV from an uncle that I gamed with for many years. I was grateful as hell for it because I was a kid with my own TV. But I think everyone can relate to wishes of a “dream setup” for gaming, and this one from Redditor and parent Pjmonday takes the cake.

Yep, it’s an LED 4K Toshiba 75-inch TV mounted on a wall inside of a Nintendo Switch-like replica. They were able to get the Switch crafted due to a friend’s print shop. The two decals on the wall (Mario and the Skylanders element logos) are due to the interests of his two kids.

The room is not finished, Pjmonday says, but the storage below the TV is for holding one of his kid’s Skylanders figures. PjMonday also clarifies that the Mario bricks were modified from this IKEA Kallax unit, custom made with a printed vinyl decal.

Filed under... #mario#Offbeat#Things gamers do