Sharpen your conspiracy sticks, truthers. This news is right up there alongside the greatest that the Illuminati and New World Order could offer. This makes the claims that Denver International Airport is the secret lair for reptile-humanoids look like child’s play. And no, this isn’t just Dan Brown’s next shitty book idea.

Bleszinski showed his hand a bit early on Twitter, revealing a super secret invite to a VIP event. It’s probably one of those dark magic ceremonies where everyone comes out doused in swine blood.

Undoubtedly, if this is a reincarnation of the BK Kids Club, Bleszinski will be the leader. It’s unclear how the recruitment process will go to fill the other positions. If you want in, just tweet at him saying “Let me in da club, Cliff!”

One thing’s for sure: With Bleszinski’s influence and Burger King’s, ummm, questionable food, it won’t be long at all before these forces combine to create an unfathomable superpower. 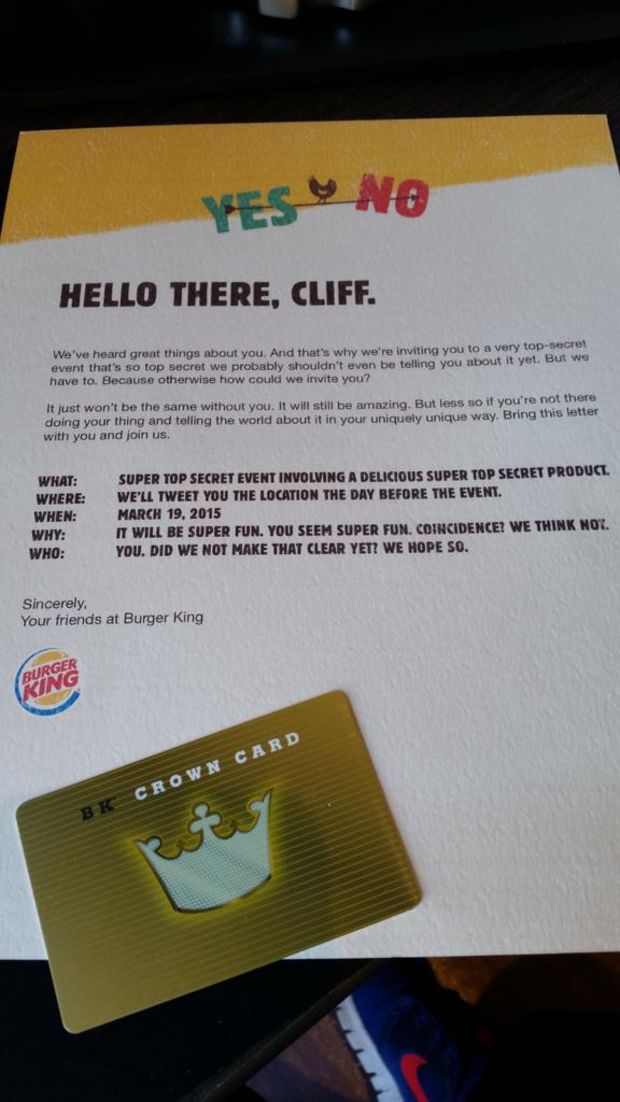