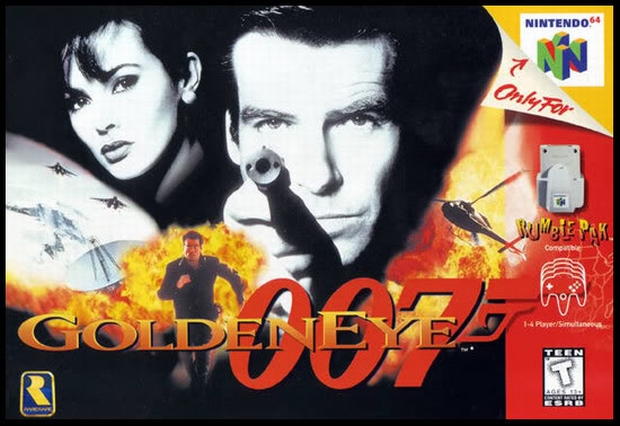 Gaming has changed much in the time I first gripped the uncomfortable square-like controllers of the Sega Master System at the tender age of 6. There is a game out there for almost every person to indulge in to avoid living their day to day, dream sapping consistencies. Hell, there are now games out there where you can control others day to day, dream sapping consistencies instead of your own.

The imagination is a powerful tool that every human possesses. It can be what drives a person to chase a dream or it can be the very thing that keeps a person grounded because they are quite content with the dream on its own. When you listen to a song on the radio and imagine you are the vocalist, when you act out a scene from a film thinking you can do it better than the lead, when you drive a car on the freeway and for a brief moment you like to believe you are in a car chase. Or, when you play GoldenEye 007 on the Nintendo 64 and re-invent it to you being a hired hitman on a revenge plot to take out the prick president of a government agency for having sex with your wife, and in the process take out everything coming between you and your sweet bloody revenge … yeah! I obviously wasn’t the most popular kid in Highschool, but who needed to be when they had a Nintendo 64 and a copy GoldenEye?

This has been in no way fabricated from the original train of thought I use to posses when playing GoldenEye. I had never seen the movie, so the game was what I wanted it to be. I was, and still remain, a f**ked unit. Let me break it down for you a little. 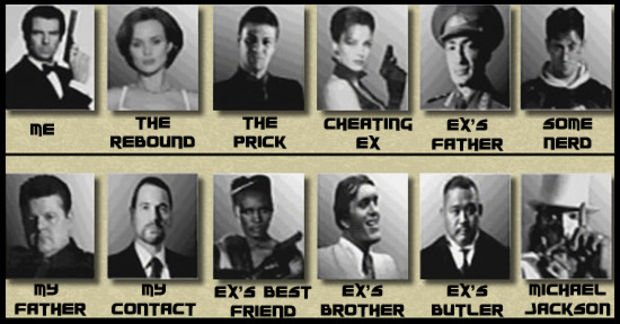 Basic plot that I was my own man! Fuck MI-6! I was the best hitman in THE WORLD! Able to go through any mission without being seen or heard, only feared. I was doing much freelance work for the President of a big company (I was never allowed to know the details of what kind of work they were affiliated with), which included working with him in a important hit throughout the first two single player missions. The Dam and The Facility were specialty hits where everybody had to have two shots to the head a piece and the scientists were the main targets (even though in the game, shooting scientists led to failing the mission). However at the end of playing through Facility, he (the weak arsehole that he was) fakes his death by having the father of my wife execute him.

This of course stirs trouble amongst the agency which I did freelance assassinations for and next thing you know I am being hunted by everybody because they are all under the assumption that I gunned the President down. I fucked off to the snow where I play through the missions Surface and Bunker, (I, of course needed to get into the bunker because it was cold and the agency found out where I was hiding and sent a bunch of arseholes to kill me). While in the bunker (which just happened to be the wife’s father’s holidaying spot) I picked up some information about the whereabouts of my father in law and what it was he did. He was located at Nasa, which is who he was REALLY working for the whole time! Most of the people I was assigned to assassinate this whole time were people getting close to revealing the fact that we never landed on the Moon.

This infuriated me, but I had no idea about the information I would soon receive. I traveled to Nasa (which of course was the Silo level) and made my way up through security where I met up with my father-in-law to have a little rough and tumble, only he escaped to his private military navel vessel, The Frigate. ‘Is there anything this guy doesn’t have?’, I would find myself asking as I waged through person after person while riddling them with bullets in my anger of having my father in law setting me up for the murder of the director of a government agency to which I was closely in business with. What an anus!

For whatever reason, my gut was telling me that I needed to go back to that bunker, there was something I missed! And then as I was retreading the old ground of the Surface and Bunker I found a way to prove my innocence! The surveillance tapes from the day of the execution. My father-in-law must of had them, because no true villain destroys the evidence. Instead he stores it and waits for it to fuck him over! While in the Bunker for the second time I found the tapes but the shocking truth came to me as I watched them. The director of the government agency was fucking my wife on the side! HE WASN’T DEAD! And my father-in-law was letting it happen because of how close Nasa worked with this agency. They were all against me. My wife ,my father-in-law, even my free lance clientele. In the end, I was consumed by hate and it was a justified reason for why they all had to die. I was the best hitman after all, and they shouldn’t have fucked with my trust or played me out for the fool. 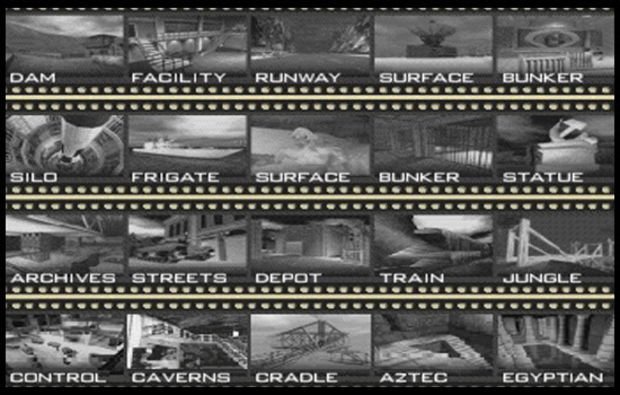 I went to the Statue park for a walk to think things through a little and while there I met a steamy red head girl named Natalya, whom I decided would be a great rebound shag. As I was walking with her after the rebound sex (we obviously had off screen), I get surrounded by the director of the agency and some of his bodyguards. He talks some shit about how he has the upper hand and how it would be in my best interests to just let it go, but of course after being humiliated and shamed, I have to put these people down. Otherwise everybody would think they can fuck me over! And in the killing business, that is not good business.

After escaping from the bodyguards in the park, I head to the Archives to speak to my contact to squeeze information out of, but the director of the government agency is there and executes him and takes my red headed rebound shag for himself. This prick just didn’t give me a break! So I chased him through the Streets, a Train Depot, A Military Train that my father-in-law must have owned because as soon as I get to the end of it I am ambushed by the director, my cheating whore of a wife and my father-in-law holding my red headed rebound bitch hostage. I only get to satisfy my rage by killing my father-in-law, which he rightfully deserved, my (now ex) wife and her new lover escape, but I vow to hunt them down and bury them both.

I eventually find out that the government agency I was doing the freelance work fo is located in the Jungle. So I head there to claim my redemption. While in the Jungle I stumble across my wife taking her daily stroll with two massive assault rifles. Of course, based on the fact that I hated her guts and she was attempting to kill me, I had assume that putting an end to her was the best option. So I did. The taste of revenge was getting sweeter and sweeter. There was only one left. With my whore ex wife and her father now lost for life, I had only the director in my line of sight and anything that stood between my bullets and his head would suffer the same horrible fate!

I chased the director down through a series of underground establishments his agency had set up as a base of operations, their Control area and Caverns were especially difficult to navigate through with many security team members which had to be flat-lined on my behalf. I then came to the end of the line. After chasing this piss ant of a man to the very top of the Cradle satellite he owned to watch cable television, he asked me “For England, James” to which I screamed aloud; “My name is not James, you cunt! It is Sam! And this is FOR ME!” to which I followed with shooting his fingers off with the loud gunshot of my favorite revolver. He fell from the Cradle, died a terrible death and I had claimed my revenge for being shit on, cheated and ganged up upon. Against all odds, I had WON! 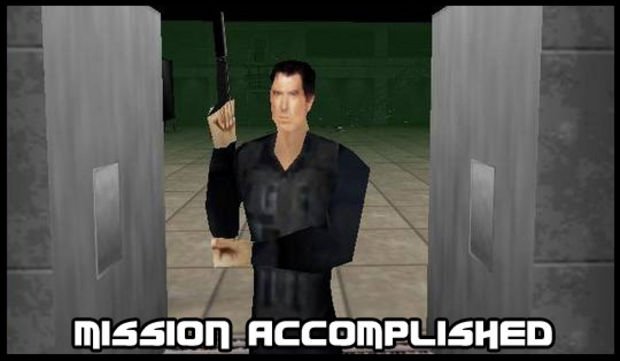 In the aftermath my Ex wives family and friends (Which included Michael Jackson) talked of killing me so I traveled to the Aztec and Egyptian Temples that they lived in and killed them all.