You know, nostalgia is probably the oddest sensation that humans have the capacity to feel. There’s something inescapably charming to the feeling, whether it be seeing that Christmas Tree come up or watching Cutthroat Island for the first time in 10 years. It’s the vague sense of remembrance that makes our childhood experiences all that more enjoyable and all that more personal.

Videogames have a distinct place in all of our hearts as Destructoid readers/writers; after all, why would you be here if they don’t? For me, I can remember my first gaming experience like it was just yesterday (forgive the cliche.)

I was 4 and my brother finally let me try Mega Man X for the Super Nintendo. I don’t remember playing it, but I remember watching my brother beat Sigma for me. I couldn’t do it. I remember going out and renting Dragon Seed for the PS1 from Mega Video (Remember them? 3 dollar rentals kick ass) over and over again, even if I didn’t know how to play it. I remember getting Breath of Fire III, getting to the part where you have to sneak into the mansion and getting stuck because I couldn’t find a guards wallet.

Now if you haven’t noticed, I’m a bit of a younger guy; I just turned 18, so I started playing games between the Super Nintendo and PlayStation era. So when I went back and actually bought Breath of Fire III when I was 15, played through it and beat it, there was an odd sensation that went through me. It was like finally unlocking this hidden door that has been right in front of me the entire time. It’s an odd sensation that is almost impossible to describe: you just feel it when you get it. I remember finally beating Mega Man X and getting this overwhelming feeling of “Well, that happened.” It’s almost disappointing in a way to finally see this mystery of your childhood unraveled by your own hands is an odd feeling. Now, I’m not sure if you have any experience with these games in particular, but the one thing that all three of these games have in common is that each one of them are ball-bustingly difficult.

Dragon Seed is a one shot, game over deal. Mega Man X is just your average punishing Mega Man game (Although I don’t have trouble with any of them considering how much I play them) and Breath of Fire III is just below Shin Megami Tensei III: Nocturne on the “This is fucking ridiculous” random encounter scale. I like to call this the Nostalgia Curse.

Maybe it’s just that we had more patience when were children, maybe its because we had to play what we had because of the restrictions of childhood, maybe its just that we didn’t even know what a difficulty curve was, but more often then not, the visit back into our childhoods kicks our asses.

Everyone played TMNT for the NES (I mean EVERYONE), and everyone remembers the sound effects. The Donatello dominance, the boss fights, but no one knows how goddamn brutal that game is until you try again. Maybe I just don’t remember getting stuck where EVERYONE (Yet again, I mean EVERYONE) gets stuck at (The underwater bombs with electric seaweed all around) but I know that as soon as I got to that point when I bought the game on Virtual Console, I felt emasculated. Here’s a game that cost me 600 points, as opposed to the usual NES-rate of 500 and I can’t get past a stage I recall getting past easily when I was a kid. 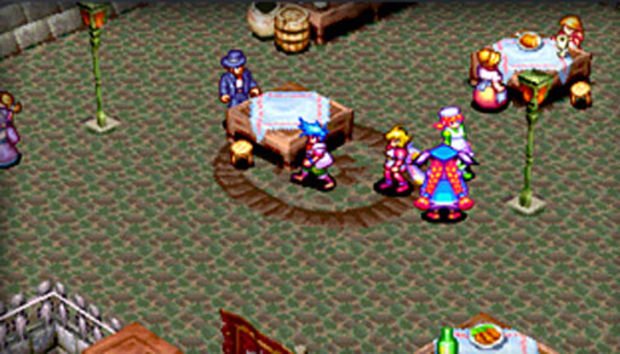 I revisit the Virtual Console for some nostalgia action and I see Ninja Gaiden. Now that’s a game that I remember playing and beating pretty easily, so I think “I’ll give it a whirl.” I get to the third stage boss and I quit. About a week later, I see GT has put up a Top 10 most difficult games list; guess where the ENTIRE Ninja Gaiden series appears? At 2. But I also see the original Castlevania on there. I say, there’s no way one of my favorite childhood past times can be that hard. Apparently I don’t remember the Dr, Jekyll and Mr. Hyde Boss (Or is it Frankenstein’s Monster and a Monkey? I dunno, who cares) because the second I get to them, even my wallet is like “Hey dumbass, enough is enough.” I only have 400 points left now. What the hell can you buy with 400 points anyways? Damn micro transactions.

That situation occurs to everyone at some point; you fancy yourself as a hardcore gamer, and then a game like Castlevania III: Dracula’s Curse comes along and humbles you. Nostalgia is a siren’s song for videogames. You are drawn in by the feelings of personal remembrance and are instantly reminded of just how pansy games have gotten as a whole. Sure, there may be a few tough cookies still coming out, but in today’s expanded market, consumers don’t want to be humbled. They don’t want difficult. They just want to go for a ride.

Back in the days of the NES, games weren’t about online leaderboards, they were about high scores. Multiplayer didn’t require an Ethernet cable or a wireless signal, just a a friend on a couch. Many games from the early days were about getting you to pump in more quarters into the arcade machine from whence they came. Games like Street Fighter II on arcade difficulty are absolutely merciless to an average player such as myself because they had to be. This practice just kind of came naturally to developing for home consoles, especially considering that many games were just dumbed-down ports. That’s why Mega Man is still tormenting players today and why Contra and Battletoads consistently top difficult games lists. It’s never a new generation game (Barring specific ones such as Ninja Gaiden or Shinobi), it’s always those nostalgic classics that everyone played. Everyone has those stories that I shared with you earlier, maybe not for the same games, but everyone has them. Everyone has revisited a game from their childhood to find just how soul crushingly evil those games were. We remember all of the good times we had with Sonic the Hedgehog and Mario Bros., but we don’t remember how frustrating Mystic Cave Zone was or how World 8-4 would loop until we took the right path.

What it comes down to is not that I or anyone else is terrible at videogames. Well, maybe I’m just defending my spineless self, but my answer to the nostalgia curse’s riddle is fairly abstract. With the given rise in technology, games can now be much more adaptive. They can account for any player’s level of skill. Now obviously like I said earlier, developers these days have taken note on how people don’t particularly care for difficult games, but instead challenging ones. They’ve developed the art of the perfect challenge; a defined difficulty curve that matches the players rising skill level, the A.I. Components that will compensate for this, and other things as well all go to make a game that is more appealing and marketable. 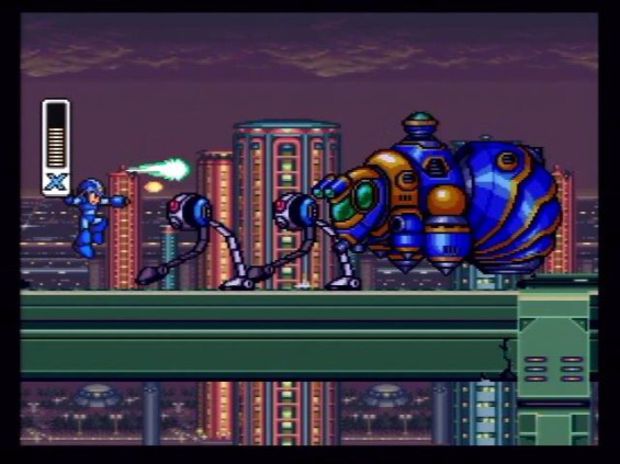 Games back in the days didn’t have this advantage. The concepts of difficulty today and difficulty of yesterday are completely different things. Where today we measure difficulty as how intelligent the A.I. is or how quickly the difficulty curve rises, the games of yesteryear were about how many times you died. Difficulty was about the number of times you would die until you had the patterns of enemies and stages memorized. After all, there was no abstract A.I. constructs like there are for games today, so they had to rely on the “pattern” to throw people off their game. This also factors into today’s games, the whole memorization concept, but it’s intertwined with all that modern technology offers. That’s why we revisit these nostalgic games and find ourselves being trounced; we’ve become used to how modern games conceive their difficulty and have forgotten the old method of “Die until you get it.” That’s why Mega Man is held up as a standard for how difficult a game can be (It ranked Gamespy’s Top Ten Most Difficult Games), yet I can blaze through Mega Man X in under an hour. It’s about practice, which I have much of in Mega Man X.

It’s an odd feeling to try and unravel the mystery of the Nostalgia Curse, maybe because it’s this arcane subject that everyone seems to encounter but never question. I’d like to think that my rationalizations are correct, but who can say for sure? Is it our advances in technology that have lessened the impact of difficulty on games? Or is it that we simply are out of practice when it comes to games that were designed in the 90’s Arcade attitude? Or is it something else entirely?

This is why videogames are valued as nostalgic classics, or why anything from our childhood is remembered fondly. We have an aura of mystique surrounding them, which is why when I beat Breath of Fire III, I felt that odd sensation. I finally unraveled the mystery that the game held. I found out that Santa is just an advertising campaign and that the Easter Bunny is just a ploy. I saw the real Christopher Reeve and not Superman and I saw the guy under the Mickey Mouse costume. I’ll always have the memories of playing Zombies Ate My Neighbors with my brother, but I won’t get the same feeling when I play it now. He’s moved out of the house, I’m in college, and I don’t have anyone interested in playing some 90’s game with me.

That’s the climate of today’s turbulent world, which is magnified more so at my age. We have to grow up says society. That’s why videogames belong in our childhood and that’s why Christmas only comes once a year. That’s why you feel bad when you finish your nostalgic classic you never beat, because you aren’t supposed to have the time to. You’re supposed to remember yesterday as yesterday and think about tomorrow’s orientation for college courses. Well you know what? Screw that. In today’s society, nothing is as sacred as our childhoods. Ebert may poke fun at videogames and their supposed inability to be art (Which is completely untrue) but I bet he feels the same thing for a film from his childhood that I do for a game like Sonic 3.

Nostalgia is a personal thing, not everyone’s fond memories are going to be the same. That is the answer to the mystery of the Nostalgia Curse: Sure it’s technology, sure it’s economics, but most of all it’s personal. And at the end of the day, in today’s post-911 society, where the whole is valued over the individual, it’s important to remember what makes you who you are and to value your childhood. Sometimes, it’s just best to just say “I suck at videogames.”