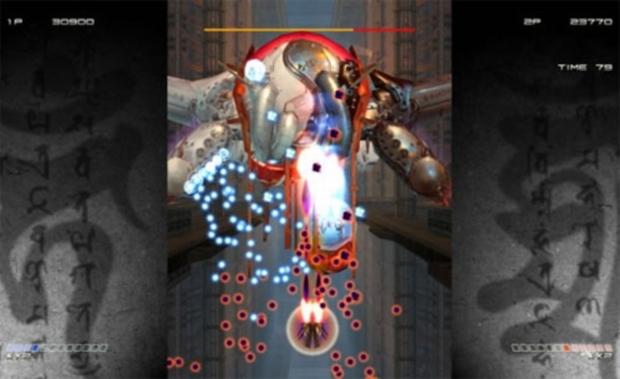 My case is a peculiar one. While many people enjoy a wide variety of genres, most everyone has at least one genre that they excel in. Whether it be resident Dtoider de BLOO’s hold on the fighting game genre or the SHMUP master Topher Cantler’s dream like runs through Ikaruga, excellence is not hard to find.

Why is it then that I find myself being passable at every game I play, in some cases even what you could call great, yet excellence is a goal that alludes me? What is it that I am lacking that prevents me from entering the God-tier of a particular genre?

I started gaming at an early age, the farthest back that I could remember holding a controller at age four. My first games were very arcade-esque. Sunset Riders, NBA Jam, Star Fox; games that were created to provide a very one dimensional experience and experiences that were determined entirely by skill. A year of my young life was spent trying to conquer these games, and though I never accomplished this, save for the one time I accidentally discovered the Konami code and unlocked unlimited lives from a Debug menu in Sunset Riders, I was always able to get a fair way through each game without much trouble.

At age six I was gifted a PlayStation and Final Fantasy VII. A far cry from the simple side-scrolling shooters I’d become accustomed to, Final Fantasy VII forced me to read. If I hadn’t had been so captivated by Cloud’s enormous sword and mysteriously spiky hair, I might not have even bothered. After conquering the natural disability that came with my youth, I began to make progress in Final Fantasy VII. I still remember the morning I woke up to brave the blood stained halls of the Shinra tower, only to discover that there was an entire world left unexplored. It was definitely a mind blowing moment that will stay with me until the end of my days.

Still, even the mysterious allure of Final Fantasy VII wasn’t enough to motivate me to excel. Though I was competent at the combat system and understood how to move about the world, I’d always get to the same point, the gigantic Demon’s Gate within the Temple of the Ancients, and be defeated. Frustration would inevitably take hold and I would start my adventure anew. It wasn’t until this March, nearly a decade after my quest first began, that I completed Final Fantasy VII.

Even at a young age, a trend was developing. While I was capable of playing the games I owned, completing them in their entirety was another ballpark entirely. And the idea of mastering them? Not in a million years. It wasn’t until this month’s topic was first proposed that my general mediocrity dawned upon me. I had never really put much thought into my ability to play videogames — I had always just played them. My first thought was, where do I go from here? Do I continue to play videogames, knowing that I will always be just a step away from completely owning them? Do I try to combat my own ineptitude with sheer force of will, hoping to master a particular game so that I may have my own personal magnum opus?

These thoughts broke way to an entirely different issue. Why was I playing videogames in the first place? Obviously I derived some enjoyment out of them otherwise I wouldn’t have held it as my primary hobby for so many years, but was that all there was to it? Perhaps I play videogames with the sole intention of escaping reality, providing myself with alternate worlds to inhabit; an escape from the boredom of everyday life and the horrors that come with it. Perhaps I play only to provide myself with accomplishments, so that I could look upon my completed games as small steps up the ladder of life. Many, many showers were spent brooding over my apparent obsession with virtual entertainment, and while the examples I listed ring true to an extent, I believe I’ve discovered the true reason I’ve chosen to pursue videogames.

I play videogames for the experiences, and to a lesser extent, I play videogames because they are fun. Hold on! Before you start pointing your sweaty, quivering fingers at me, demanding that I acknowledge that games are not the serious business that I make them out to be, and that while Gears of War 2 isn’t a rich emotional experience, it’s still a damn good time to blow a mans head off with a shotgun, I want you to know that I understand and support this. I don’t need every videogame I play to provoke intense sessions of mental masturbation just as much as I don’t need every videogame I play to give me a hands free orgasm from an overdose on “fun”. It isn’t that I’m mediocre at the games I choose to play, it’s that my reasoning for playing them prevents me from mastering them in the first place.

When I insert any videogame into my console of choice, I do so with the intention of experiencing something that I cannot experience anywhere else. Second on my mind is that I will hopefully have an enjoyable time with that experience, though in the case of some games I’ve played, the experience itself is enough to conquer a lack of entertainment. A prime example being Killer 7. Prior to this revelation, mastering a game never once crossed my mind. If a game required me to achieve a certain level of skill to experience it, I would do so without thought or question. If the bar for skill was set lower, my skill at the game would stay low with it. It isn’t that I’m mediocre by nature — it’s that I’m mediocre by choice.

So yes, it would appear I suck at games, but only those that let me. My suckage is by allowance only, and if pushed to, I could master any game that I wish. It is with this knowledge that I will continue to pursue my hobby, and given my apparent love for experiences, perhaps I will take it upon myself to master a game so that I can experience the sense of completion. That feeling of total gaming nirvana that, until now, I’d never seen fit to pursue.