One of the major attractions for anime fans at C2E2 was the announcement that Toonami and Adult Swim would be hosting a panel on the new seasons of FLCL. Fans who attended the C2E2 panel were treated to a screening of the full first episode of FLCL season two (FLCL Progressive). The first episode of season three, FLCL Alternative, was actually shown on TV as an April Fool’s joke. But as far as I know, this is the first time anyone has seen the premiere of season two ahead of its June 2 release.

There were two recurring themes from the panel itself: finding an artistic direction for the new production, and the time crunch. It was interesting to watch the episode with these two things in mind.

If you’ve seen the FLCL 2 trailer, pretty much all the footage comes from the first episode. My attempted screen grabs at the event were garbage, so I’ve attached some random screenshots from the trailer that appeared in the episode. 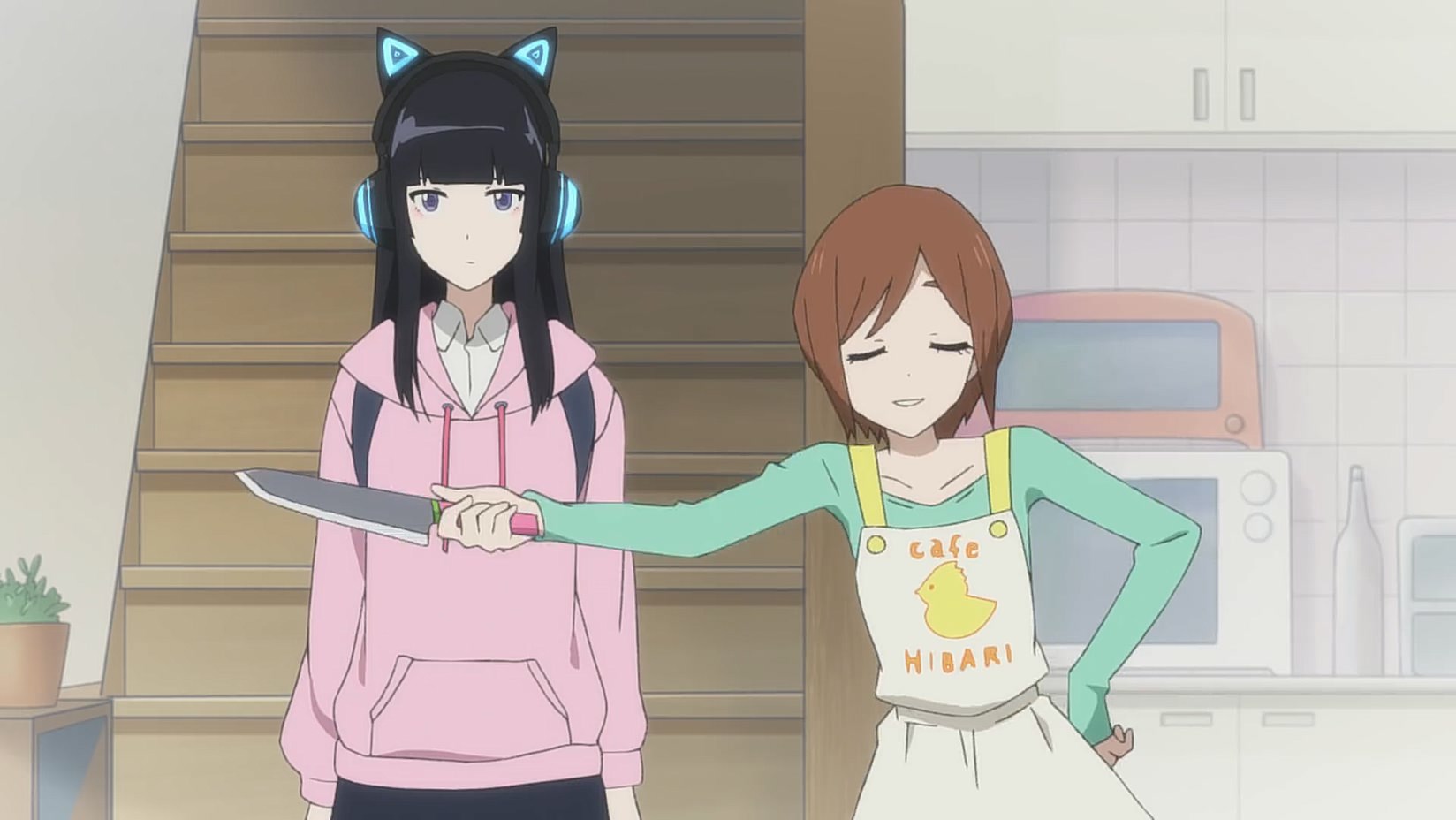 In a nutshell, the episode goes through the fairly normal lives of its two protagonists Hidomi and Ide. Of course, this is FLCL so attempted vehicular homicide and bass guitar whackings inevitably happen. The episode hits pretty much all the story beats of the original FLCL‘s first episode, except it kind of doubles up the Naota/Haruko dynamic with its dual protagonists. I’m not sure where this will lead because it ends shortly after the robot appears.

As cool as it was to see a new FLCL product for the first time, and as infectious as those Pillows tunes are, I still felt like something was missing. That’s when I started thinking about the aforementioned time crunch and artistic direction. Producer Mitsuhisa Ishikawa of Production I.G was asked a few times if the animation team was able to recreate the randomness of the original series, but he was noncommittal on the answer. I think maybe that was his way of bracing us for the fact that this isn’t going to be exactly like the original. 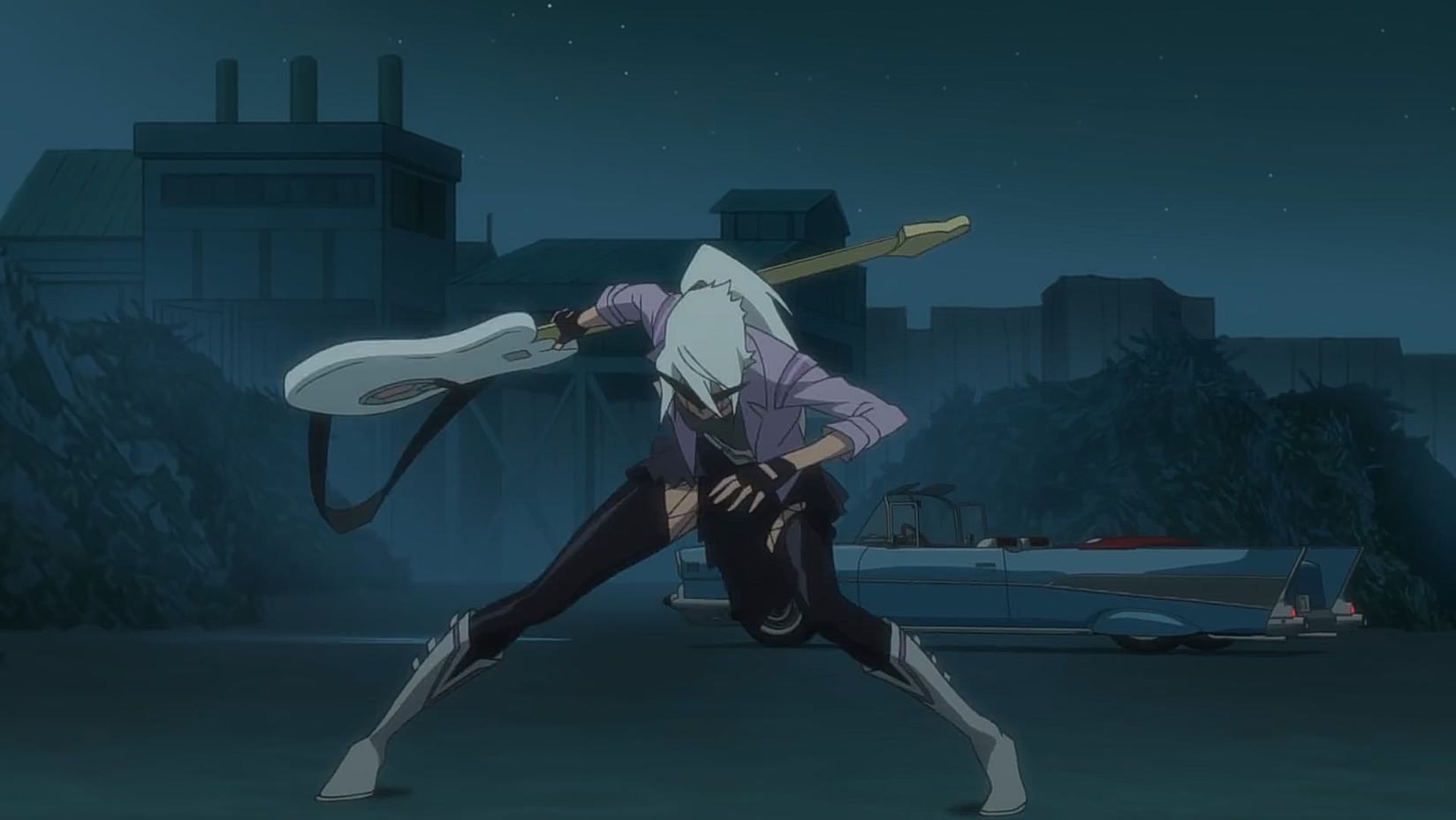 FLCL Progressive‘s first episode has the skin of FLCL, but none of the transgression. Some weird things happen, a few random things happen, but nothing that made me think “This isn’t supposed to be in anime!” It doesn’t break any rules and it pushes very few boundaries. The first episode of FLCL had an energy and a give-no-shits attitude that only got amped up as the series progressed. FLCL Progressive‘s feels like, well, the first episode of just some anime series. 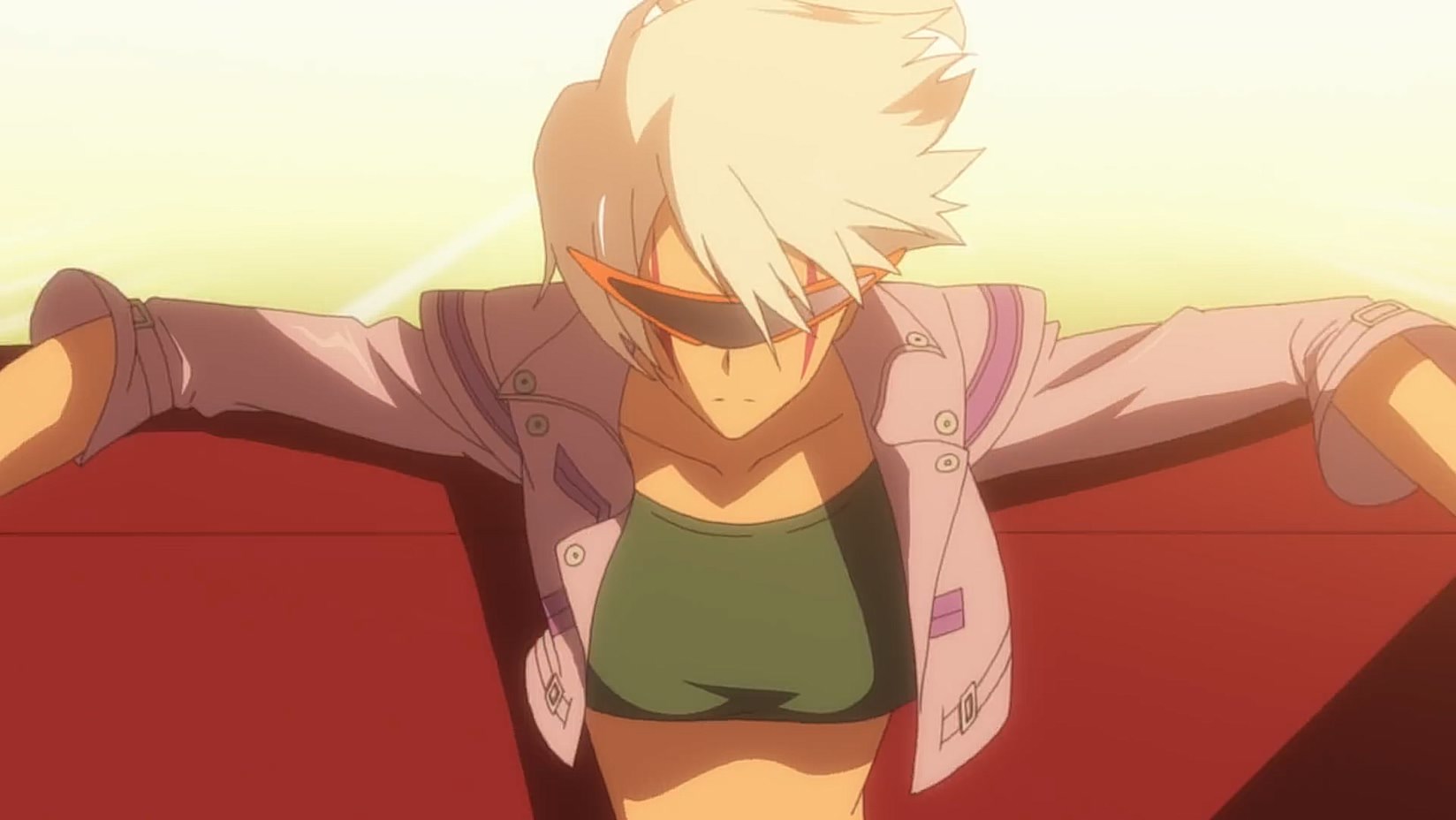 I didn’t fall in love with FLCL because of Vespas, robots, and Rickenbacker guitars. I loved that every single thing it did was done differently than what had come before. There was a newness and freedom to the way it presented its story that was unique – and you definitely saw it from the very beginning. FLCL Progressive is… not that. But that doesn’t mean it should be written off.

If you look at the people behind this thing (Kazuya Tsurumaki supervising and Mitsuhisa Ishikawa producing), they know how to make good anime. There’s every chance that the story will develop into something amazing, or recapture some of that FLCL magic. For the time being, though, I’m bringing my expectations a bit closer to earth.