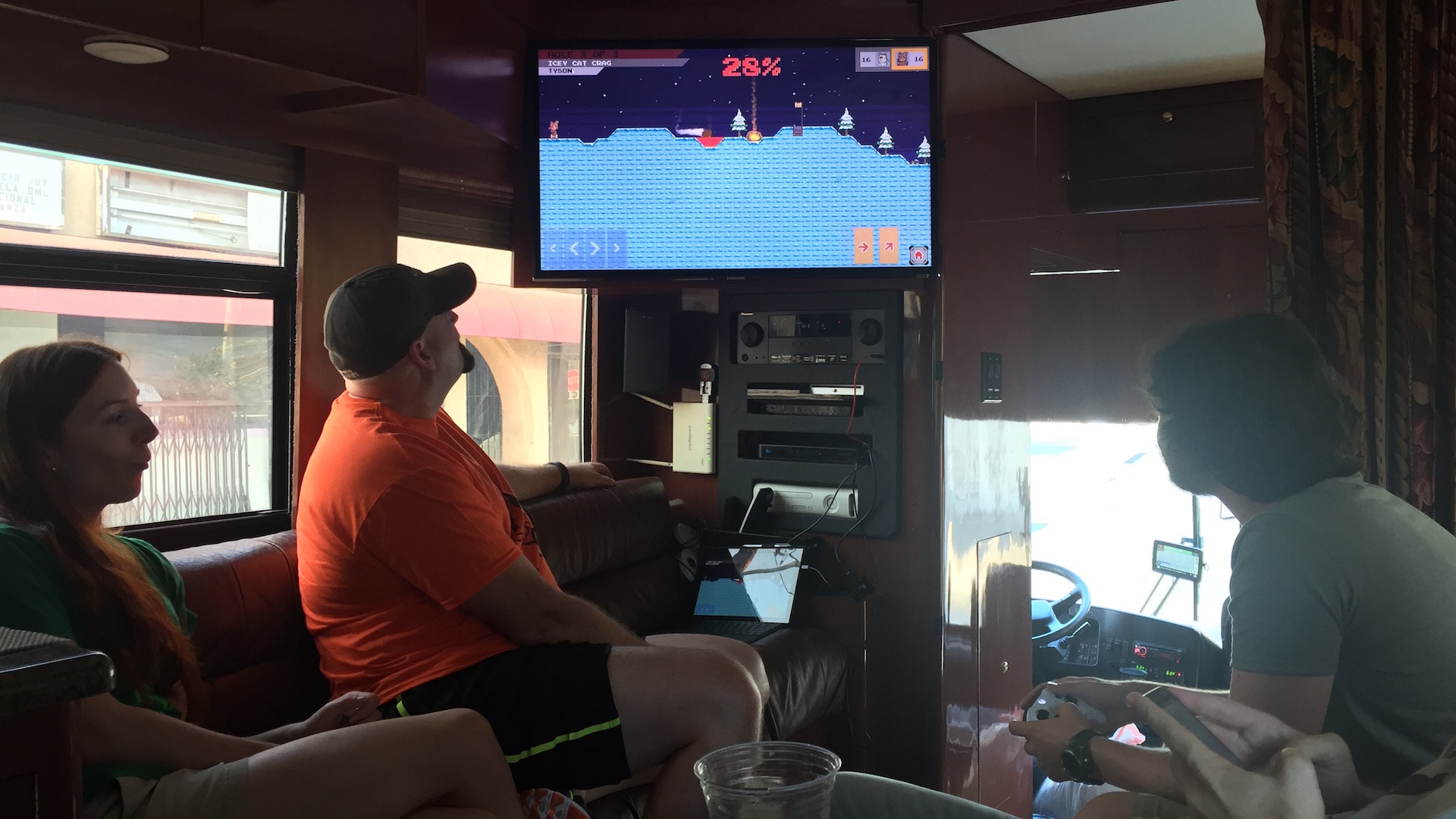 Get ready for rush hour

As Justin and I walked to the In-N-Out Burger after a long day of sitting on a bus two blocks away from my apartment, we were riffing on the idea of a sentient universe; specifically, the fact that we finally saw the famous In-N-Out arrow just as we were getting tired. “The universe anticipates what you need and provides,” Justin said. “Those aliens, man,” I quipped.

He grins, drunk on the hazy Los Angeles atmosphere. “Motherfuckers.”

Justin Amirkhani is the Creative Director at Vagabond Dog, the folks behind Always Sometimes Monsters. He’s not as muscular as you’ve been lead to believe, but his beard and his height still manage to cut an imposing figure. Amirkhani was in town showing off Vagabond Dog’s sophomore effort Sometimes Always Monsters.

A lot of the events in Sometimes Always Monsters are based on his life, with some extrapolation for dramatic effect. “Everything in the game is based on something,” Amirkhani said. “I play the ‘what if’ game, where all possibilities exist, and I let the player find their own way through.” 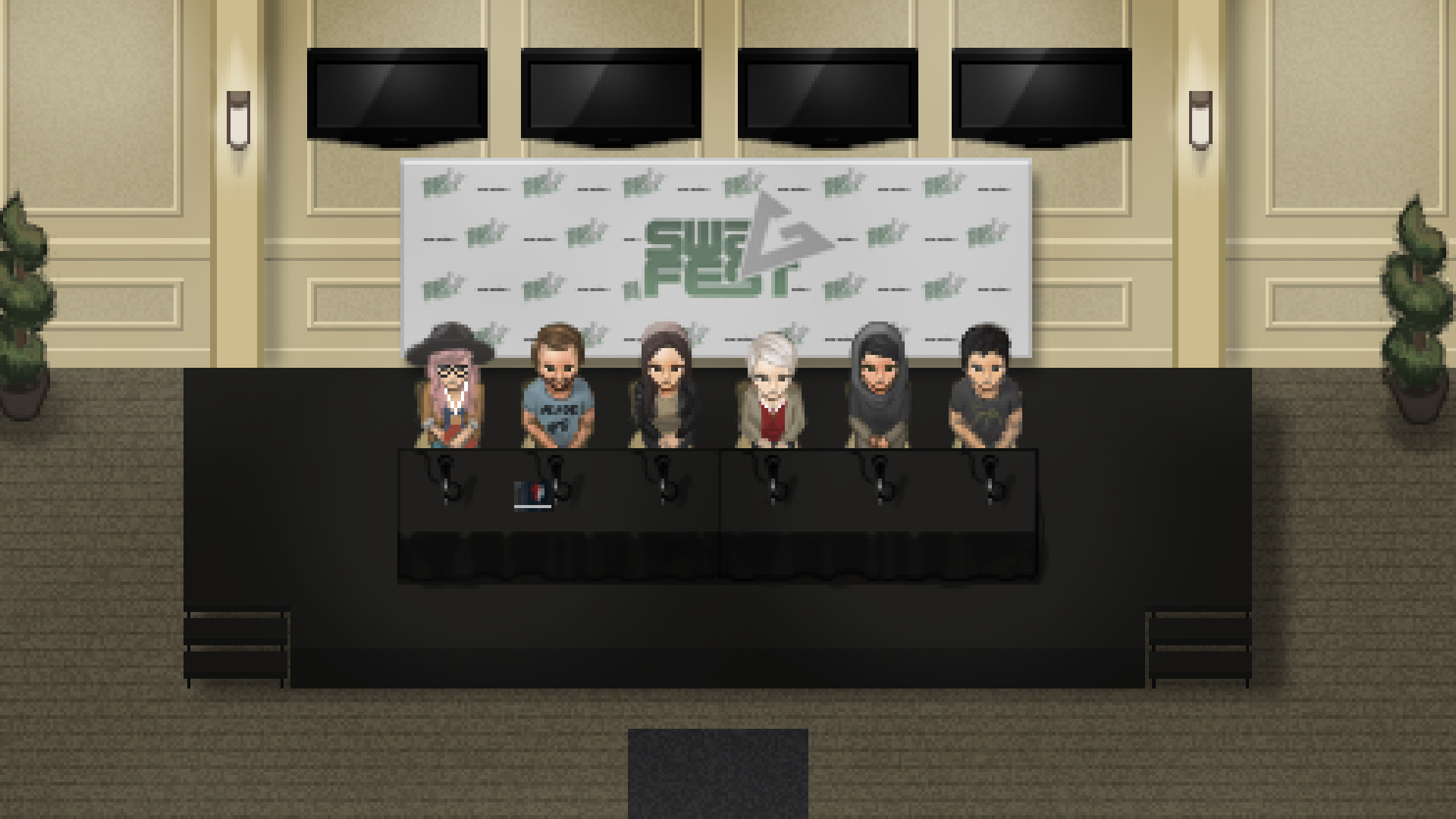 Sometimes Always Monsters is a sequel to Always Sometimes Monsters, a game I’ve never had a chance to play, since I was in the middle of moving when I got this appointment. ASM (for brevity’s sake) is based on Amirkhani’s experience chasing the spirit of romance down the Pacific coast. It’s the kind of story you’d hear on This American Life, a little human story scripted by a curious God.

“I met the real Sam in Seattle. He’d met this girl name Maya, who was biking across the coast. He fell madly in love, and then she had to leave after a night. We hitchhiked, chasing her, looking for this blonde girl on the bike. Eventually, we ended up in Tillamook, Oregon. We were leaving notes at diners, telling her we’d be at a beach, and she showed up against all odds. Then, we were all hit with reality. She had to keep biking and he had to go back to the UK. Magic can happen in the world and nothing is forever.” Amirkhani could have been making all that up, but there was something in the sturdiness of his voice that made me believe him. That, and there’s a picture of him and the two protagonists of this story.

I asked Amirkhani if he ever replayed certain moments in the game, looking to essentially rewrite his life. He said no, giving a reasonable explanation (“I made the game, I know everything in there.”), but I suspect the answer goes deeper than that. Amirkhani spoke multiple times about repetitive predestination, a “loop” of sorts. Why would a man who believes in that philosophy regret anything? Nothing’s going to change the next time around. Time is a flat circle, all of this has happened before and will happen again, etc.

“I believe in a deterministic reality. I do the same thing over and over, you’ll write this article a thousand times, from Big Bang to Big Crunch,” he said. “Welcome to the loop!” Not to put too much pressure on the Vagabond Dog team, but the game’s quality might just define Amirkhani’s philosophy going forward. “I want to make a simulation. If I can create a universe, then my universe can be created,” Amirkhani said. 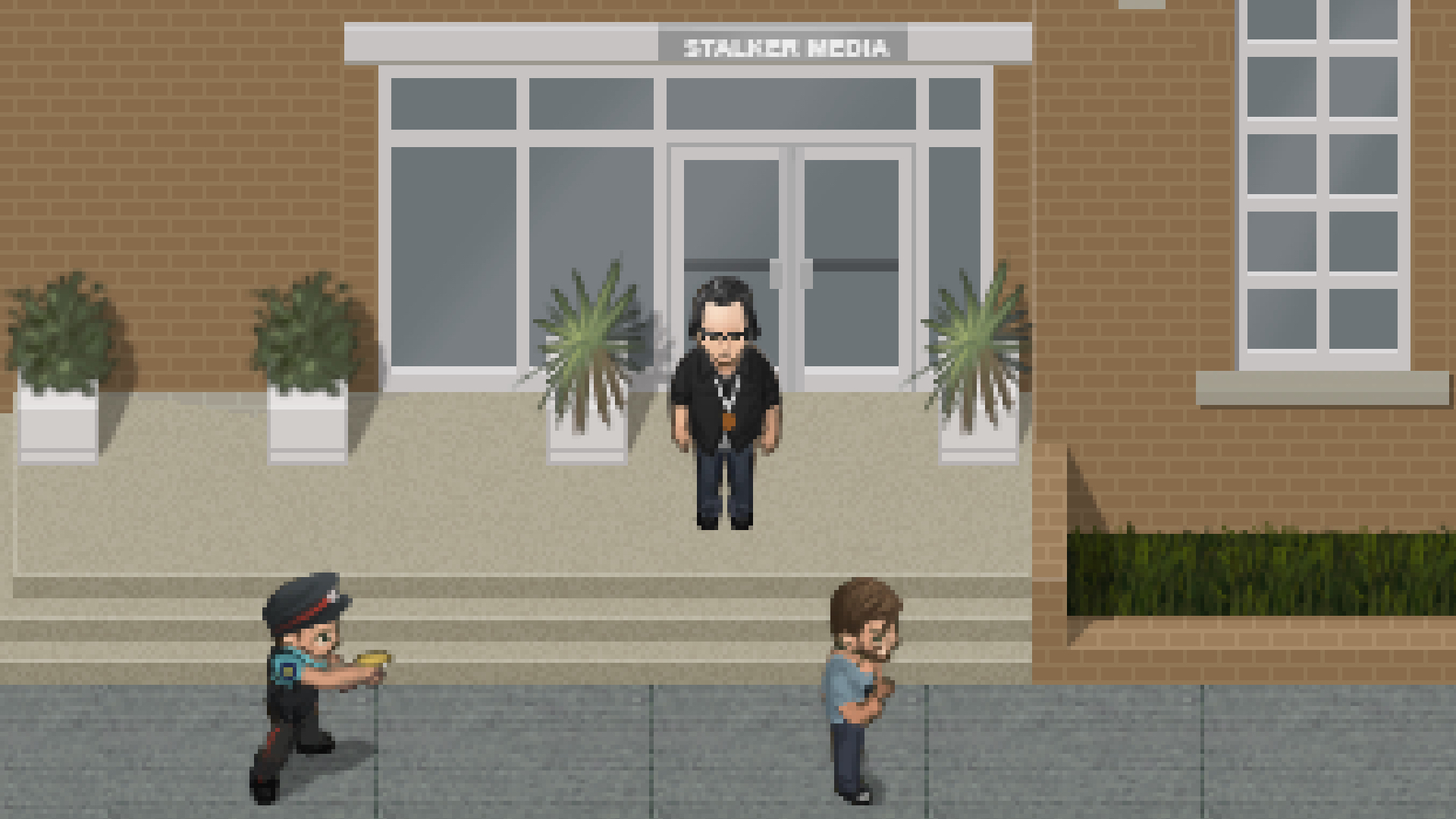 Mechanically, SAM has little resemblance to Amirkhani’s core philosophy. The moment-to-moment gameplay reminds me of Gods Will Be Watching (another game about loops) mixed with Persona 4‘s Social Link elements; the demo I played had several different levels of management that would determine your relationships with other characters, right down to how clean your clothes are.

But the disconnect between Amirkhani and his game lies in one of its biggest selling points. There are a tremendous number of variables at play in any game of Sometimes Always Monsters, leading to different outcomes. You don’t have to play the game the same way over and over, but you will play the game the same ways you’ve always played it in your next life. Race, gender, sexuality, and good old-fashioned choices all factor into how the game plays out. Even the available music changes, depending on your relationships with the game’s cast. According to Vagabond Dog’s Jake Reardon, it would take eleven playthroughs to see everything the game has to offer.

That doesn’t matter if none of the content is worth seeing, and that remains the biggest x-factor of Sometimes Always Monsters. Most of my time with the game felt like setup, but I’m still interested in experiencing SAM as a whole. If the characters are well-rounded, and the player’s agency is more nuanced than “oh man now this person is mad at you because you hung out with this person,” the last act of the Monsters duology might be worth checking out.