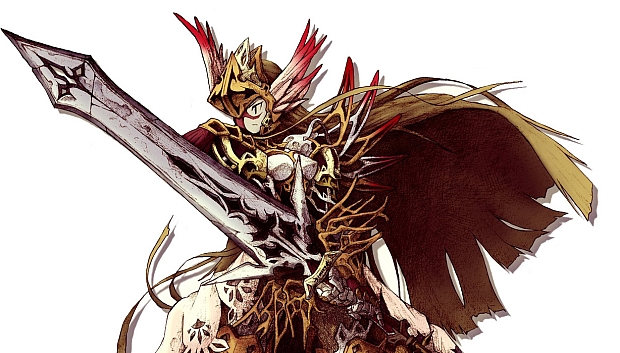 So as to avoid making a new post every time Atlus hints at what game they’ll be publishing next, I’m going to predict now that they’ll be publishing Gungnir, a tactical RPG for the PlayStation Portable, released in Japan this May. I know this because the latest hint they dropped on their Facebook page is that the game’s title ends with an “r”.

Well, not only does “Gungnir” end with an “r”, but it starts with a “g”. Further, it’s the latest entry in Sting’s Dept. Heaven series, which includes the games Riviera: The Promised Land, Yggdra Union: We’ll Never Fight Alone, and Knights in the Nightmare, all of which were published in English by Atlus USA.

While I’m fairly sure that I’m right, Atlus seems to be taking a risk, publishing a PSP game on the very cusp of the Vita’s advent. Then again, the Vita’s backwards-compatible, so anyone with one and an interest in the sort of games the PSP specializes in (i.e. JRPGs) will have some interesting options from the outset.