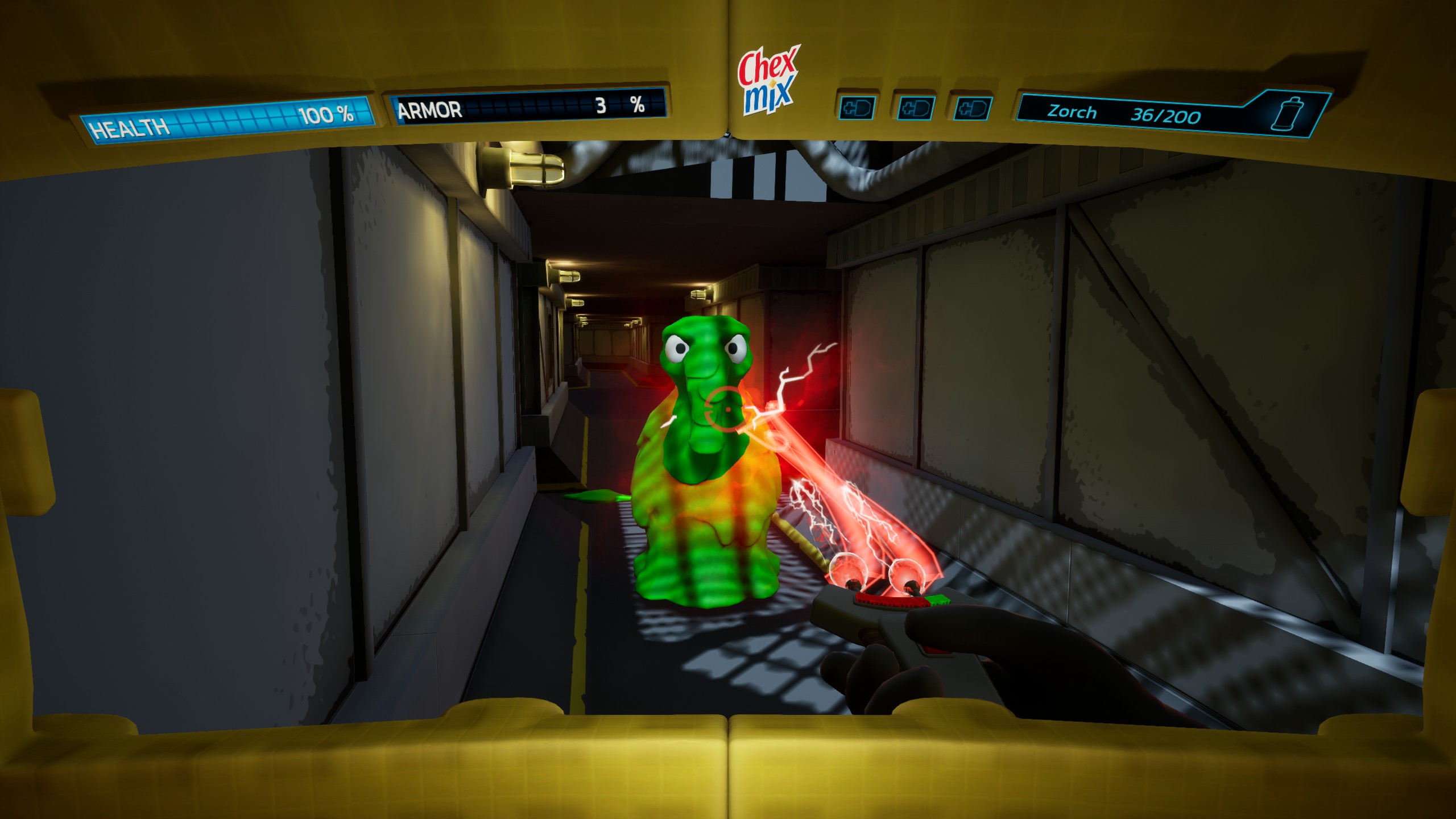 Look, I like ripping and tearing as much as the next person, but sometimes, I just want to wind down with a relaxing game.

Back in the ’90s, there was basically no such thing, as Doom was all the rage and titles like Hexen, Duke Nukem 3D, Shadow Warrior, Blood and countless more were dominating the scene. That is until Chex Quest, a low key marketing tie-in, came along.

In case you haven’t heard about the phenomenon/cult classic that is Chex Quest, watch this very short documentary right here on Facebook (curiously, the YouTube link is down). Done? Awesome.

Here’s the gist because I know you didn’t watch it: Chex Quest, a total conversion Doom mod, was highly ambitious in that it not only sought to coax young adults into a “non-violent” shooter realm, but was also among the first free games packaged into cereal boxes. Part of its charm is that it looked very much like Doom, but instead of goring demons from hell, you were “sending alien invaders back to their homeworld with peaceful weaponry.”

It was a genius idea (in part due dropping any and all pretense of preaching to kids), and married the basic Doom mechanics with decent map design that followed the same labyrinthine, key-based concepts of id Software’s classic. Much like Sneak King and Doritos Crash Course after it, it quickly caught on in some circles and became a new oddity in marketing history. And now, it’s back…in HD form!

The HD remake is very much true to the original, delivering five levels from the first iteration of the game with unlockable characters and split-screen multiplayer. For comparison’s sake, I dove into both games and took screens of the starting area. Above, obviously, is the new free HD remake, and below is the free original. Note how objects like the space ship are actually fleshed out now (you can go inside it), while also noting how much personality the original exhumed in 1996. It’s give and take.

Obviously, some of the charm is missing in the HD remake with the reworked style. Although the whole marketing angle was hokey by design, the actual framework of Doom elevated it. With the HD edition it’s tough to really identify with it upfront, but the bones of the levels are there, as is the silly premise of non-violence.

It really is quite amazing that Chex Quest is relevant again, regardless of the aesthetic shift. The new features (again, split-screen multiplayer, five new characters) are quaint, but probably won’t make anyone see the light unless there’s a tinge of nostalgia present. A “free” price tag helps that pause along considerably.

Is Chex Quest HD an incredible game-changer? No. But it’s a lovely lesson in game preservation and a little bit of free lighthearted fun: which is exactly what we need right now. If you’re really upset that the visual style just isn’t the same, the original still exists for free.