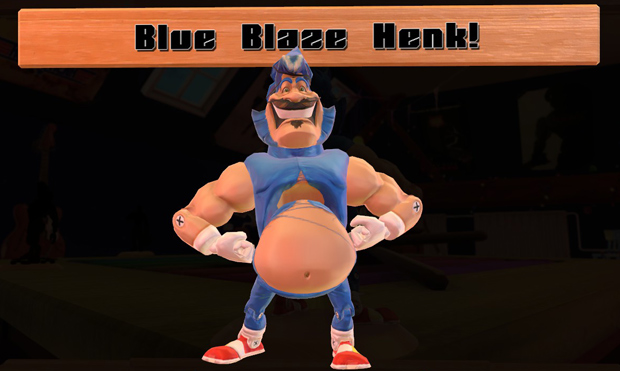 Too many chili dogs

If there’s a level editor, World 1-1 from Super Mario Bros. will find a way.

But before I get to that, there’s a more pressing matter: fat action figures dressed up like Sonic the Hedgehog. Yes, we could use more of those in this industry. I’ve been playing Action Henk, a time-trial platformer in which the titular hero slides down orange Hot Wheels tracks, wall-jumps off toy blocks, and generally tries to avoid touching the floor (because it’s lava).

The game has been on Steam Early Access for a while now, but developer RageSquid recently added new content, including disco-themed levels and, most notably, a level editor tied to Steam Workshop for convenient in-game access. So that — and my fondness for this style of game; think Trials minus the motorbikes, at a faster pace — was an easy in for the team to seek me out.

The editor, as demonstrated in this gif, is straightforward. And gifs don’t lie.

Anyway, someone built World 1-1 in Action Henk and I played it, as you do for reasons beyond our mortal understanding. Certainly not for the novelty, which has long since shriveled.

The classic level comes to every game with a course editor sooner or later. It was tailor made for Super Mario Bros. to teach players the basics and remains fun to this day, but attempts to translate it to other games — including this one, fun as it is — often fall flat. They can’t compare.

Still, when faced with the choice of which user-made level to try first, there was no choice.

Feels good to get that out of my system. Now I can move on to original custom levels.

As others have noted before me, Action Henk is no Action Hank, but he’s cool nonetheless.