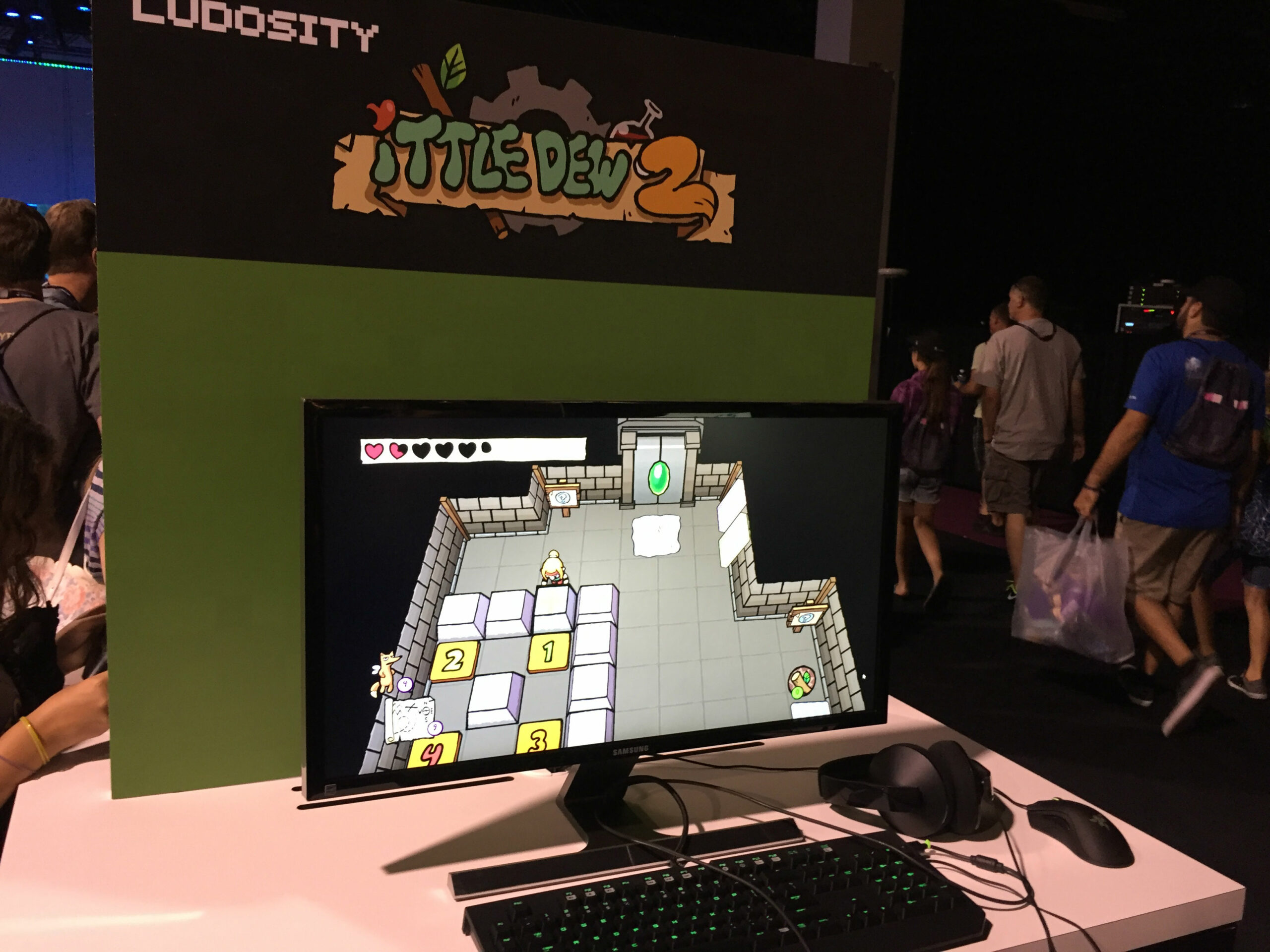 We found out about Ittle Dew 2 roughly this time last year, and it’s coming along pretty nicely based on the near-final build I played at MineCon today.

While the first thing you’ll probably compare it to is Zelda (and you’d be accurate, from a gameplay perspective), it actually reminds me a bit more of EarthBound with its irreverent, over-the-top style.

The gist of Ittle Dew 2 is that our hero, with her fairy fox companion…thing, has to acquire multiple pieces of a raft (locked away in dungeons) to escape. And almost immediately it shows its true colors in making fun of the premise (“why can’t we just chop down some trees?”), and plops you into its open world.

In classic dungeon crawling fashion, Dew 2 is open-ended and allows sequence breaking. You can take on the dungeons in any order (though new items will open up shortcuts and make later zones easier), and there’s no real inventory management involved, just a clever use of some of the basic abilities (like swatting fire with a stick to create a torch. It creates a nice streamlined feel where puzzles aren’t immediately obvious, but don’t require sifting through menus either. That instant-action notion spills over into the art style as well, where text boxes show up on-screen without old school “next message” prompts, and are punchy enough to read while you’re fighting off an enemy. It’s the kind of game that shows well in screens and trailers, and it’s just as smooth in-person.

One thing I did notice though is that despite its cute aesthetic, it’s mildly challenging. Regular old world map foes don’t mess around and do tons of damage, or employ tactics like dodging, firing off loads of bullets that seek or go through walls, or adapt to your offensive. Note that the operative word here is “mildly,” but having walked into a late-game dungeon in my playthrough by accident, I was more impressed with the action scenes than several other similar games (an invincibility frame roll, which can be used to counter projectiles or hazards, helps the team add layers to the difficulty).

According to a rep from Nicalis (the game’s publisher), it’s slated for release “sometime this year” on PC, PS4, and Xbox One. I’ll be keeping an eye out for it.