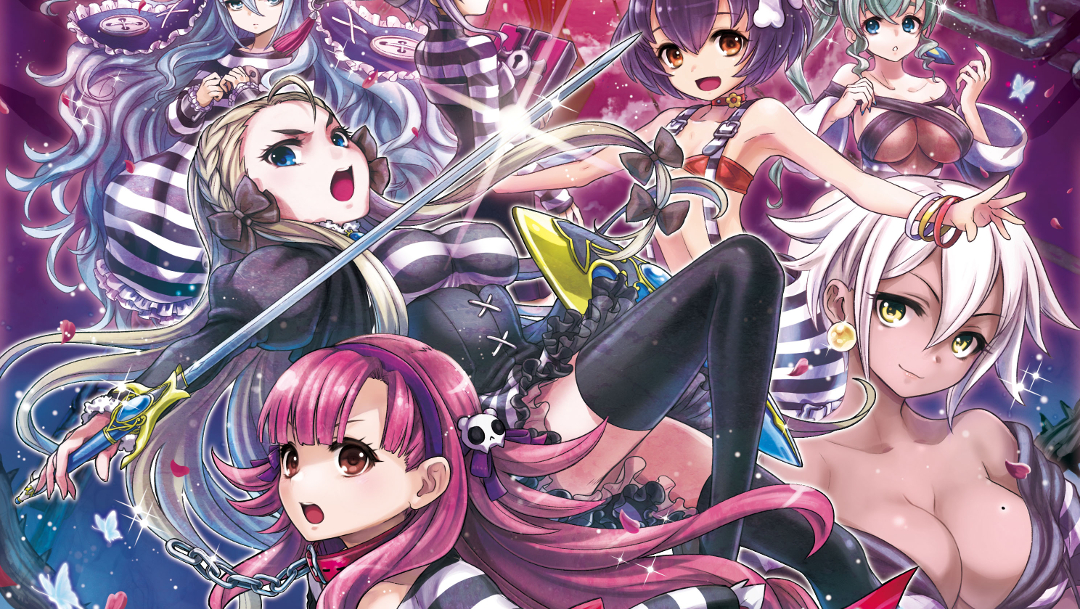 Mostly because it’s kind of boring

While Japan is exoticized elsewhere as a land of weird sex stuff, Criminal Girls 2 doesn’t feel that foreign, given that the original game got a western release. And it’s probably the perviest game I came across (not literally, hence the title) at Tokyo Game Show.

The run of the mill, random battle dungeon crawler sets itself aside with a progression system that relies heavily on sexual punishment minigames, as you don’t play as the girls, but rather the person directing them. Whipping and cattle prodding them makes them more subservient as you guide them against their will through dungeons.

It’s standard stuff. Walk around with a party (I had seven, with four in battle at a time), slowly discovering more of the map while you try to get through dungeons and kill monsters like green, faceless snakes covered in chains and giant piles of feces (I think, I don’t know). And really big bees and stuff. Battles are random, Dragon Quest style, except your girls show up on the four corners of the screen so you can see their chibi versions flinch and moan whenever they’re hit. So far not even a glint of boner while I had my hands on Criminal Girls.

While Criminal Girls 2 is promised to be deeper and more challenging, I played a Japanese build haphazardly attacking things without strategy and that worked fine for the 15 minutes I played. Making a Japanese RPG “more challenging” doesn’t sound like a good thing to be given how much “challenge” can equate to grind/leveling versus anything skill based.

Eventually I reached an oasis in the dungeon, a save point, and was able to see the full anime portraits of the women all huddled together in a velvety room. From there I went to the “punish” menu and “punished” the two that looked the least like children.

The purple smoke that obscured the women in the western release was not present, while the sexy moans when you smack them were present. The touch screen UI seemed cleaned up to a rhythm game style tap with circles getting smaller on either side of the vita touch screen (and, at the end, two circles, because you punish them together now, I guess). It was light for the demo, the circle showing vanilla leather whip. Even fog-free and full of moaning, no boner.

Dressing tedious game mechanics with trite sex stuff seems like it shouldn’t sell. I mean, why not just seek out the sex stuff and play a better game? It feels a bit like that bit about places of business that are things like, “Tattoo parlor & taxes” or “General hospital & cow slaughterhouse.” Obviously this is not for me.