Note Worthy 019: Soundtracks you should be listening to!

Another month, another batch of ten soundtracks to cover in our monthly Note Worthy feature. We’ve got a lot of great music in this issue, including the Final Fantasy V Remaster Version, six hours of music with Before Meteor: Final Fantasy XIV, a preview of Random Encounter’s upcoming album which isn’t out until September 26, and a bunch of other soundtracks from the past month.

As always, enjoy samples courtesy of Destructoid’s SoundCloud account, and I’ve tried to include samples from elsewhere whenever possible. Enjoy, and chime in with your favorites from this past month. 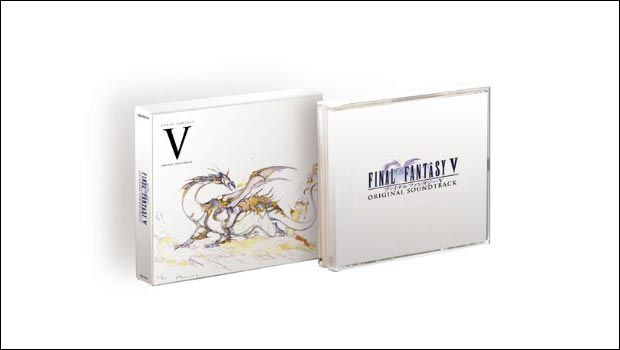 Okay, I admit it. I still haven’t finished Final Fantasy V, and given that I never really played it, I never sat down and listened to its soundtrack with a critical ear. It’s interesting to note that with all the remix albums released by Square Enix over the years, I’ve been mostly exposed to this music through arrangements, and so it’s nice that this remaster version has given me the opportunity to visit the originals, and I have to say that I’m impressed!

The composition is really top-notch Uematsu stuff, fitting nicely in between Final Fantasy IV’s newfound storytelling and the epic scale of Final Fantasy VI. Uematsu really nails the emotion right out of the gate with the bubbly main theme that is repeated elsewhere through the album, including in the foreboding “Bewitched” and the melancholy, “One Day, for Certain.” The town theme and overworld themes are fantastic and catchy, “Spreading Vast Wings” is pure Uematsu bliss, and “Far-Distant Hometown” is offers a rustic RPG sound that makes for an instant classic. And that’s not even touching on the legendary “Clash on the Big Bridge,” the powerful “Epic Battle,” and touching “Dear Friends.”

You can count me as a fan of this soundtrack. Really, given its emotional impact, I think I’m inspired to go back and play the game now.

As far as what the remaster version offers, I can’t tell the difference from the original soundtrack release, but there is the first-press cardboard sleeve if you were able to get that, and now there’s an official English tracklisting that is going to take old timers some time to get used to (no more “Ahead on our Way” or “Home Sweet Home”). 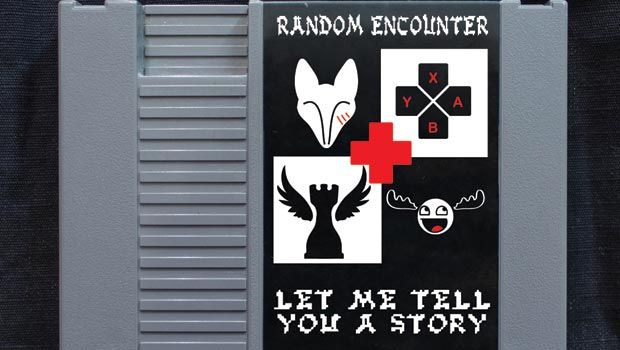 I’ll admit that I saw this band at MAGFest and thought they sounded terrible. However, I decided to give them another chance, this time with their new album, LET ME TELL YOU A STORY, and man, they’ve record a mean album. While the arrangements are short, the rock stylings with the addition of accordion sometimes feels like a pirate jig, and at other times it just seriously rocks. I love “Wind Scene” from Chrono Trigger, “Heart of Fire” from Castlevania, and the very cool “Serpent Trench” and “Slam Shuffle” (perfect for an accordion) from Final Fantasy VI, and the super epic “Wind Waker” (what better game for a pirate jig performance?).

Vocals are strewn across the album. I know these will turn some people off, but the content is actually pretty funny if you take the time to listen (I’m looking at you, “Katamari on the Rocks”). “Theme of Sorrow” from Final Fantasy IV gets a serious vocal arrangement, and the choral fragment of “Epona” is also quite sweet.

I hope they clean up their live act and bring some of these new arrangements to MAGFest this year! In the meantime, check them out. They’ve got a very unique sound and some great arrangements. 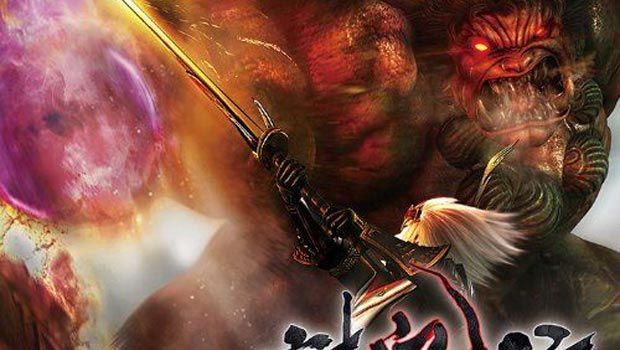 Hideki Sakamoto is a name that you should learn if you don’t already know it. While he’s known mostly for his work on echochrome, nearly everything he’s written is worth your time and attention, and this soundtrack is no different. It takes the monster hunting formula and adds traditional Japanese elements, which is reflected in the music. Now, this game is from Tecmo Koei, and I was expecting the soundtrack to take a heavy metal turn, but it never does, instead relying on traditional Japanese instrumentation with a strong orchestral backing, and, from time to time, an injection of tasteful electronics that really gets the blood pumping.

There are emotional moments, grandiose epic ones, and everything in between. There are two discs of amazing composition here, with excellent production values. I can’t really call out the tracks by name (the track list hasn’t been translated yet), but this album comes highly recommended. 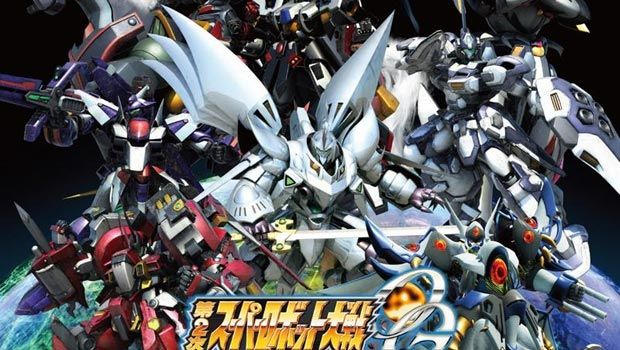 This robot-themed tactical RPG soundtrack spans four discs of some pretty awesome rock and orchestral stuff, and given the critical acclaim of the franchise in Japan, it’s a shame that this installment will likely never be localized. The soundtrack touches on a ton of genres, but heavily emphasizes the action-oriented gameplay with rock, sometimes sounding upbeat and bouncy like something out of the Virtual On franchise, and at others taking on a retro synth sound like something from the SNES era (no complaints from me on this!).

There is a lot of brilliance here, but unfortunately there’s a lot to wade through to find those magical moments. JAM Project serves up two heavy metal vocal themes that don’t disappoint, either.

Check it out if retro gamey rock is your thing. 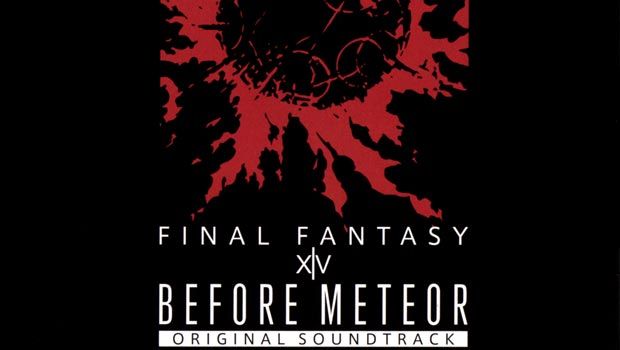 I’m not going to belabor what I’ve already written about in other reviews of this soundtrack. There were the Hot Pocket-esque mini albums (20 tracks between two albums), the meatier iTunes release (38 tracks), and now the full Blu-ray release (104 tracks). There’s a lot of great music here, the best of which was featured on the mini-albums, but for the completionists out there, this is worth checking out.

Most of this music is by Nobuo Uematsu in his classic style, including the nostalgic Final Fantasy “Opening Theme,” the cutesy electronic “Supply & Demand,” the rockin’ battle theme, “No Quarter,” and a slew of emotional ballads and slower pieces (many will end up on my sleep playlist), with “Where the Heart is,” “From the Heart,” and “Tranquility” being a few of my favorites. There’s epic chocobo with “Bo-Down,” spooky with “Enraptured” and “Final Respite,” and decisive and resolute in “Breaking Boundaries” and “Imperial Will.” Oh, and a Nanashi no Geemu cameo in “Siren Song!”

The album ships on a Blu-ray with accompanying visuals which is nice. You can download MP3s via your home network. While $53 is a lot to ask for, there’s six hours of music here, which would have shipped on 5-6 CDs (see this interview for more), so it’s not really as bad as it sounds.

While the soundtrack for this indie title gets off to a rocky start (har har, it’s about climbing mountains), there are some great moments here. The soundtrack sports an icy electronic vibe, accented with some great rhythmic percussion. The crunchy “Boulderdash” is particularly cool with its industrial soundscape, and the dreamy “Class 5” with its female choral elements is simply stunning. Check ‘em out. 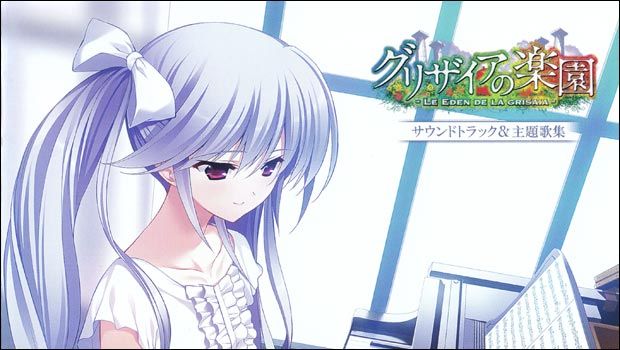 This is another smutty soundtrack in the same series as Le Labyrinthe, which we covered some months back. The duo Pixelbee and members of Elements Garden tag up to serve an eclectic collection of orchestral, pop, and electronic-infused themes. I really dig the vibe here, as there are some really great tracks to relax to. The problem is that I didn’t really find many of the themes to be overly memorable. The second disc containing the vocal themes offers the standard J-rock fare, and didn’t really do much for me.

It’s funny though, listening to the music, you’d never guess it was for a pornographic visual novel game. 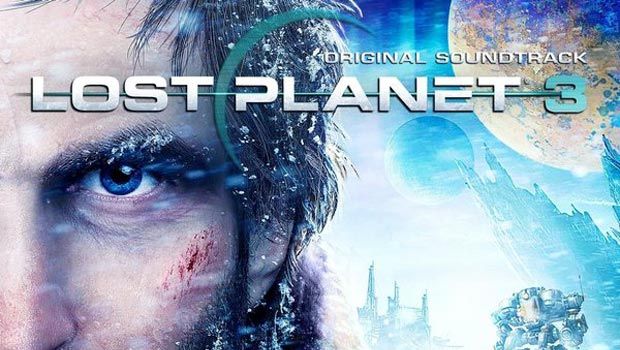 Composer Jack Wall (Myst, Mass Effect) takes the helm of the Lost Planet franchise, surprising me with over an hour of heavy blues and folk music. The musicianship is fantastic, with the gritty and moody “Lost Souls” and the highly overdriven and abstract “In the Bayou” blowing my mind. It’s not all blues and folk, however, as the second half of the soundtrack treads on familiar orchestral territory. There’s the chilly and ominous main theme followed by a series of sometimes tense and sometimes big orchestral cues, my favorite of which is the terror-inducing “Research Base” with screeching electronic guitar and unsettling string stabs.

This is great stuff, and there’s two hours of music here for a fair asking price. Check it out.

I love me some Bobble action. Former ZUNTATA and SuperSweep member Yasuhisa Watanabe was responsible for this short-but-sweet soundtrack. You get icy electronic backings and whimsical melodies that yield a cool and futuristic vibe. The funky “Premonition of a Breeze” and the driving “Swan Park” are my two favorites.

This is all good and great. The problem? $8.91 for 15 minutes of music is a bit steep. Pick out your favorites and buy them individually! 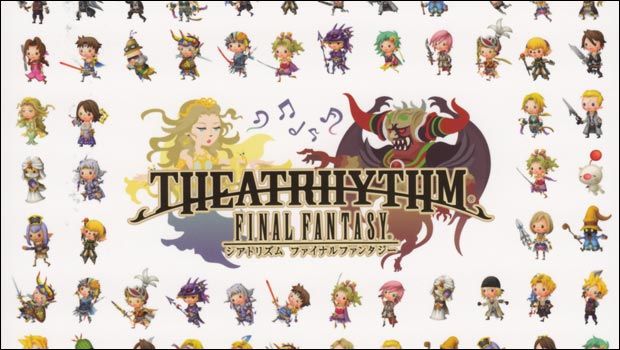 After a scattered iTunes release, Square Enix has put out a five-disc collection of music from Theatrhythm: Final Fantasy. The first four discs contain the original versions of the songs featured in the game, so if you’re new to collecting game music, this is a good place to start, although seasoned collectors will be most interested in the fifth disc that contains brand new arrangements for the various menus found in the game.

Still, even this will probably fail to amaze, although some of the tracks are pretty cool. There are multiple versions of “Prelude” and “Final Fantasy,” with my favorite of the former being the light electronic opening version and the latter being a cute pizzicato version. Other standouts include a rockin’ version of “Setzer’s Theme” from Final Fantasy VI, a classy harpsichord version of “Corenlia Castle” (from the original Final Fantasy), and a cool overworld-y version of “The Sunleth Waterscape” from Final Fantasy XIII. Finally, the packaging is pretty rad, too, with sprites of the protagonists all over the front, and sprites of the antagonists covering the inside of the cardboard sleeve.

Buy it if you’re a completionist and need the fifth disc or if you’re just starting a collection.