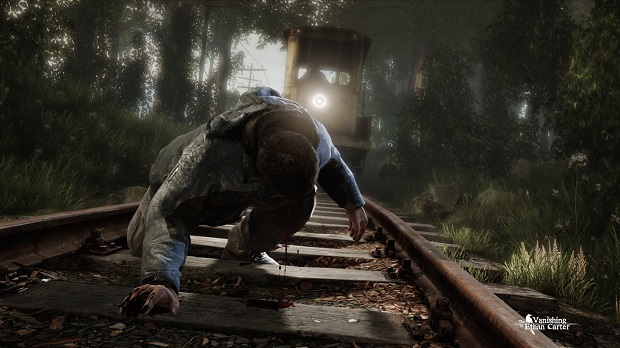 Fortunately, I don’t have to wait long

The Vanishing of Ethan Carter is a title that’s been on my radar for a while, but was kind of laying low at the same time. Never quite sure what to expect from it, I was intrigued by the little that I had seen, but wasn’t informed enough to be properly excited about it.

That’s changed in the past few days. First, its involvement in Sony’s gamescom 2014 press conference gave a great look to a large audience, and now the development team has released this gameplay video to let us know exactly what we’re dealing with.

Paul Prospero is a detective that’s trying to solve the disappearance of a young boy named Ethan Carter. He has a special knack for this kind of thing in that he can connect with the dead as long as they haven’t been disturbed from the place where they passed away. That leads to situations where it looks like he has to work his way backward through murder scenes and use clues to recreate them in a sense. But, judging by the video, investigation seems as if it’ll often raise more questions than answers.

As of now, it’s coming to two platforms — PC and PS4. PC players get it in the near future, as The Astronauts just revealed that The Vanishing of Ethan Carter will be released on September 25 for $19.99 on Steam and GOG. It’s still a mystery as to exactly when PS4 players will start sleuthing, but it’s likely sometime next year.