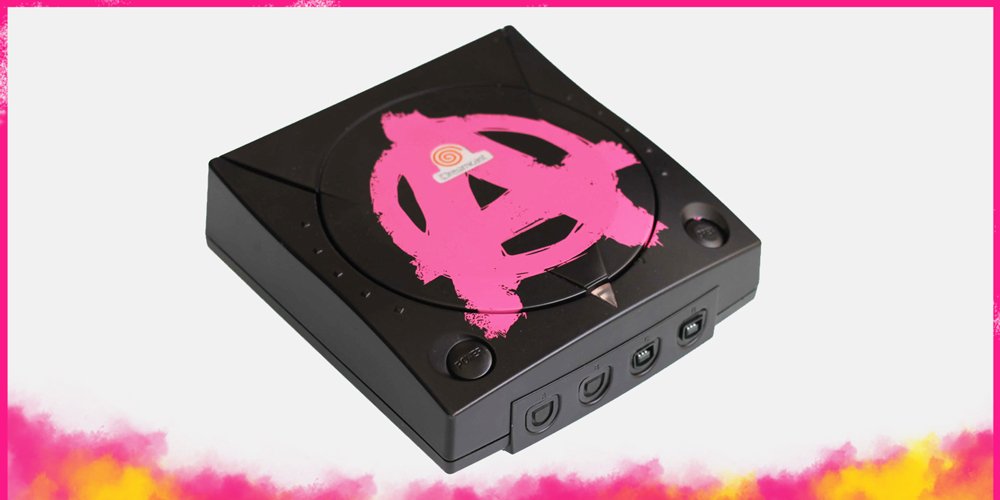 Rage in a cage

Here’s a nice bit of pretend playing: Rage 2 is “coming to Dreamcast.” Of course, that’s not strictly true. But Bethesda is running a promotion that dresses everything up in costume and keeping a straight face.

Bethesda’s giving this custom Rage 2 machine away to one lucky person who follows the Rage account and retweets the following tweet:

Follow and RT for a chance to win this custom Dreamcast — and yes, it actually plays #RAGE2! https://t.co/0PRi91zYfI pic.twitter.com/oNRYt5sJW2

There’s some trickeration at play because the only functional thing about this Dreamcast is the case. The rest has been stripped out and replaced by a custom PC that’s loaded up with Rage 2; it also has HDMI output to easily hook to a monitor. It still has a distinctly late-90s/turn-of-the-millennium flair, the pink Rage 2 logo splayed across the black shell almost like some sort of middle schooler’s trapper keeper that has way too many doodles and stickers.

Rage 2 launches on May 14, meaning this is all coming to a head rather quickly. Bethesda is picking the winner sometime on Monday, May 6. Time is of the essence. One of you — I don’t care which one — go and win this thing right now. Believe it and you can achieve it. Envision it hard enough and maybe your dreams will be cast.