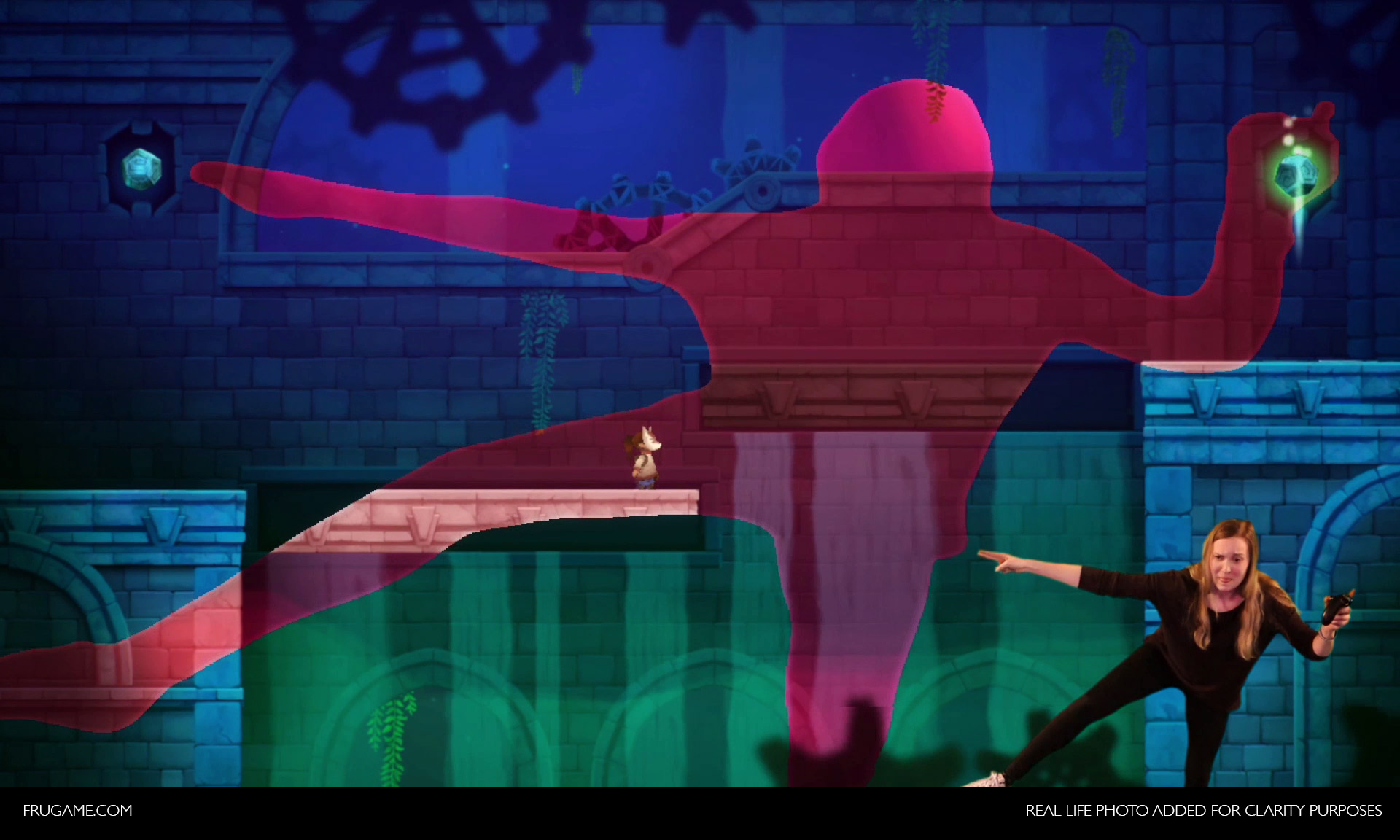 It’s a genuinely interesting use of the tech

I can never seem to remember its name, but I certainly recognize that gameplay. FRU is a Kinect-powered puzzle-platformer in which you control a little character with a gamepad and also move around in real life to affect the game world with your body. Crazy enough to work? I think so.

To give one example, your silhouette might be water-logged, allowing you to stretch out your arms so your character can swim through them and over a bottomless pit. There are 110 levels spread across four chapters, each of which has a different spin on how you interact with the environment.

It’s pretty neat, conceptually, and when the developers say this is “the last Kinect game you’ll ever need to play,” I’m inclined to agree. Mine isn’t even plugged in! It was taking up precious media-center space that I couldn’t justify for the occasional use of Xbox One voice navigation. FRU releases on July 13, 2016, so I have until then to figure out if I want to dig my Kinect out of storage.