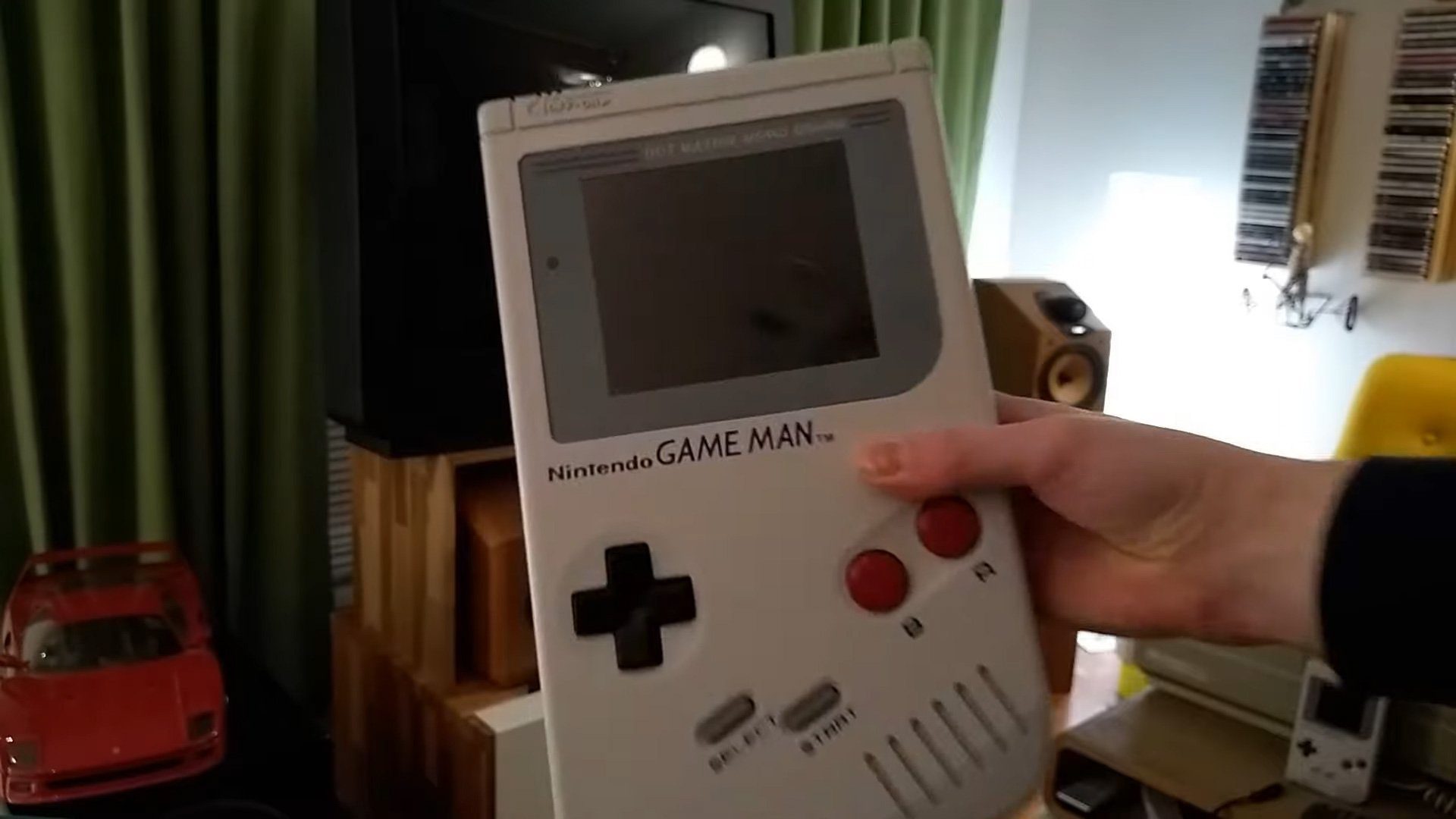 In recent years, we’ve seen a whole bunch of official new micro versions of some of our favorite old consoles, the most respectably ridiculous of which has got to be the Game Gear Micro — a system so small, you might as well keep a magnifying glass in your pocket. But when it comes to custom builds in the modding community, there’s been a renewed interest in bulking up retro consoles to a silly degree.

We recently showed you a room-filling Nintendo Switch that, realistically, would need at least two players to handle hitting all of the buttons. Now here’s a hulking Game Boy — excuse me, Game Man.

The creator of this “handheld” console, Grumpy Modeler, showed off the system in a video last November. I missed it, but now that it’s making the rounds again (good eye, SIFTD), I couldn’t resist. In the builder’s own words, the Nintendo Game Man is “completely impractical and pointless.”

The sheer size of this thing is entertaining in its own right, but what makes this build so appealing is that it captures the authentic look of the original Game Boy. What about the inside? There’s a Famicom board crammed in there, not repurposed Game Boy innards. Yeah. It’s an illusion, but a fun one at that.

With the right 3D printer, materials, and know-how, you could theoretically build your own Game Man. Grumpy Modeler is hosting the DIY project, as well as a parts list and some pointers, over on Cults.

You wouldn’t have to use an original Famicom, either — the custom case could accommodate “any hardware, for example Raspberry Pi, with the same LCD screen I used,” according to the maker.