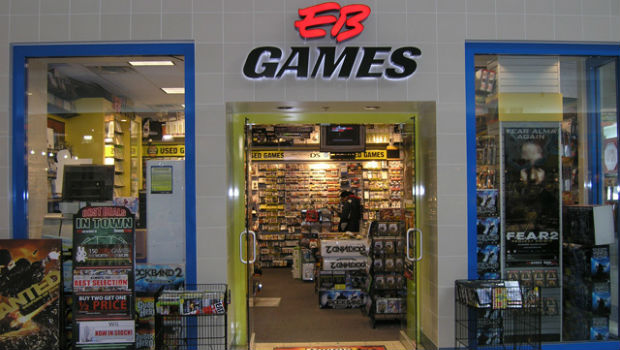 [Dtoid community blogger The Scholarly Gamer answered our recent call for “I love what you hate” submissions with this bit of blasphemy 😉 Do YOU love something that everyone else loathes? Go write something! –Mr Andy Dixon]

Yeah, you heard me. I’m not even going to try and beat around the bush here, start this off with some drawn-out reasoning or excuse to justify the title of this article, nope. I frigging love pre-ordering games. Not only that, but I love pre-ordering games from EB Games (our Canadian version of GameStop). At this moment in time, right now, I have around 9-10 games pre-ordered at EB Games, on top of the four I pre-ordered through the Futureshop E3 promotion. A problem? Maybe, but here’s my justification.

It was either this, or Patrick Swayze in Ghost.

I love the pre-order swag

I know that many people hate on the extra codes for DLC (no I did not get the Horse Armor) and the little trinkets that come with games, but I absolutely love them. Not every piece of DLC is golden, and often a pre-order bonus may only be an extra costume or two, or a couple weapons in multiplayer, but I want to own those costumes and weapons. I want you to see my loadout online after I shoot you with my camouflaged Mosin-Nagant and be like “Damn, that dude got this game Day 1.” Because I did.

Sometimes the DLC is great and memorable though, or available to you before the game even releases. One fond memory I have is of the Sniper Challenge for Hitman: Absolution, which allowed players to play a single sniping mission and compete on leaderboards for a plethora of challenges, which would award in-game items upon full release. Another great example is the Tomb Raider Scavenger Hunt, which people had to complete after pre-ordering the game to unlock in game bonuses. I had a great time trekking around my city taking pictures to complete the various challenges. Even pre-order release-day DLC can be amazing, such as an entire new mission such as in DmC, or a free upgrade to a signature edition like Assassin’s Creed often does.

On top of that, I love when a company gives me a unique physical pre-order item that I can add to my collection stored in my God of War 3 Pandora’s Box. Keychains, moneyclips, blow-up chainsaws, coins, posters, necklaces: bring it all on! My government ID pass currently has the Murder of Crows Vigor bottle hanging from it. There is a Titanfall poster hanging in my cubicle. Not enough for ya? Around my neck hangs both a CoG from Gears of War, and a bullet from Max Payne 3. Give me all that mad swag, yo.

One wall of my cubicle.

I love the anticipation

To me, the only thing that is better than getting the game in my hands on the release date is the anticipation for the game. Pre-ordering for me is almost a way to tide myself over for the game, to be excitedly anticipating it, and to get a little tease ahead of time. Now, you may be thinking, “Hey moron, aren’t those codes useless until the game actually comes out?” Well yes, they are. But going to the store to pre-order a game and know that the DLC will be coming with it increases my anticipation for the game.

On top of that, if the company was awesome enough to provide one of those previously mentioned bobbles, I get to carry that around in excited anticipation waiting for the game to release. I remember carrying around the Witcher 2 Wolfhead on my car keys for a month before the game dropped for Xbox 360, and every time I turned my car on and saw the wolf, all I could think about was how excited I was to be Geralt finally.

It’s like getting one present on Christmas Eve. You excitedly open it and learn about what this present is, but you know it’s just a taste of what is to come.

Should have picked Macaulay Culkin.

I love my collection

If you missed my All About The Scholarly Gamer post, and the point hasn’t been made abundantly clear here yet, I am a pretty hardcore collector. I have almost two bookshelves full of statues, trinkets, and various collector’s edition items (and some sealed collector’s editions) hanging all around my apartment and cubicle. I also love to own the hard copy of the games over the digital editions. I’m sitting at two full cabinets now. I know that many people are moving towards digital now, but I’d prefer to stay physical unless companies plan on shipping their bonuses to me. Then we’ll talk.

This is… almost half.

I am also kind of OCD, and it bothers me to have holes in my collection, both physical and digital. Pre-ordering some games is one way for me to quell the ache of obsessing over my collection, and I am fairly certain you can figure out where the “compulsive” element factors in here. Pre-ordering allows me to ensure that I won’t miss that specific DLC or item, especially if it is only released as a pre-order bonus.

I love the people

In all honesty, it was one man working at an EB Games in Peterborough who got me into pre-ordering games, and ever since that point it has always been the people that have kept me coming back. Yeah, of course I would have pre-ordered some games anyways, but I firmly believe that friendly customer service had a large impact on the fact that I now pre-order almost every game worth mentioning.

My current EB Games in Ottawa has a team of the nicest people I have ever had the good fortune of meeting in retail, and they always treat me and the other customers with utmost respect. They are willing to take their time to chat with someone at length about a specific game, but are never too pushy with any sales and up-sells like many other places are. If I had not met them when I moved to Ottawa two years ago, I probably would not have like 10 pre-orders sitting with EB currently. Shout out to EB Rideau; I love you guys.

What is there to hate?

This isn’t the point of this blog, so I’m going to leave this section for you guys to complete! I will say though, that for anyone arguing that pre-ordering locks you into buying a game, that is false, at least when pre-ordering in person. You can pre-order a game and still read the Day 1 reviews, and then make an informed decision on whether or not to actually purchase the game. If not, your deposit moves to the next game you buy. Or you can get the Platinum card like me, which allows a week to return a game if you are not satisfied with it. Win-win, in my books.

I’m not going to defend against all of the reasons not to pre-order, I’ll wait for those to appear in the comment section so we can have a little fun with this. It should be noted though, that if my fiancee couldn’t convince me pre-ordering was a bad idea, you’re going to have a tough time!

And because you all loved her before, here’s another picture of my cat!

“Give me that…I have plenty of practice rodeoing hapless bipeds.”