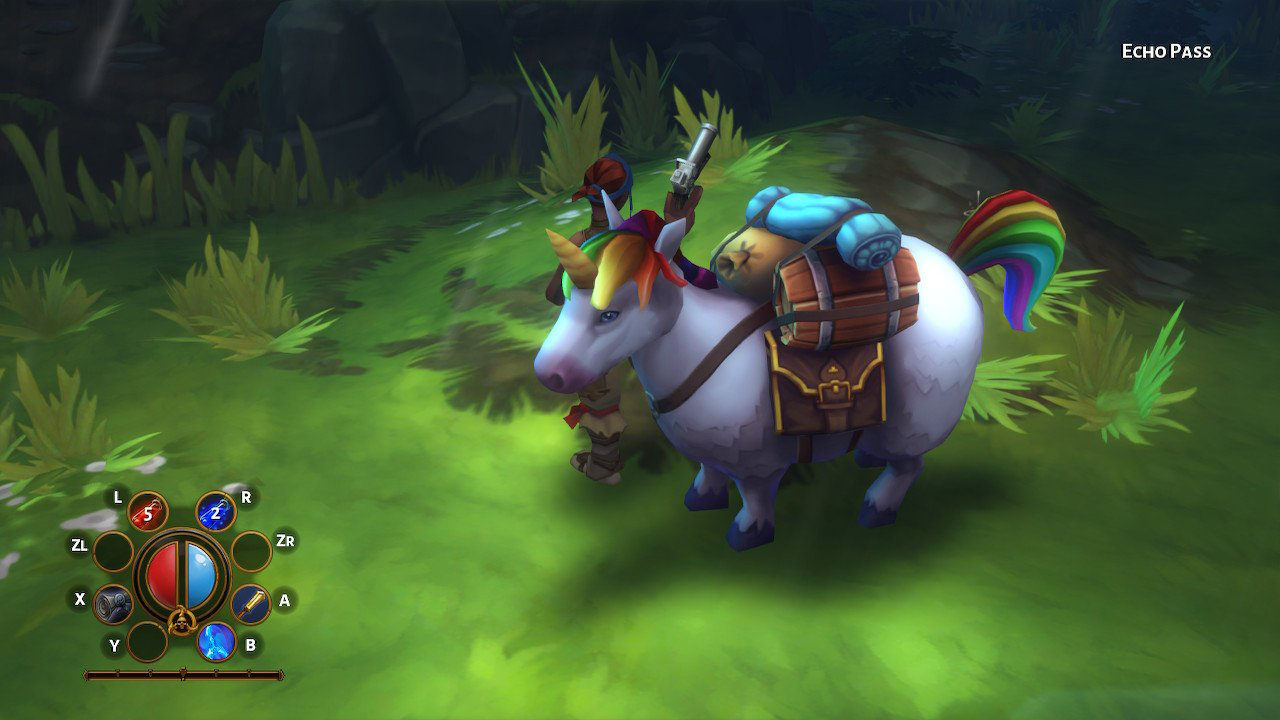 With Warframe, Doom, Wolfenstein II: The New Colossus, and Rocket League under its belt, developer Panic Button has proven itself to be the crown prince of Switch ports. It’s porting games to the Nintendo system most people thought would be impossible, each time delivering a polished and thoroughly playable experience that is always worth the asking price.

Torchlight II is yet another feather in the developer’s cap, even if its plumage is not nearly as ornate.

Runic Games released the first Torchlight during that excruciating 12-year gap between Blizzard’s Diablo II and Diablo III. With Max and Eric Schaefer on board, two of the creators of the original Diablo, the team set out to fill the void left by that franchise’s absence in the hack ‘n’ slash genre. The original Torchlight was a moderate success, eventually selling more than two million copies. It was good enough to pave the way for a superior sequel in the form of Torchlight II, now available on Switch, PS4, and Xbox One from publisher Perfect World Entertainment.

Taking place years after the end of the original game, Torchlight II offers up new character classes who are tasked with taking down a corrupted Alchemist, one of the character classes from the first game. Choosing between Engineer, Berserker, Embermage, and Outlander, players can pick the look of their hero from an unfortunately small number of options and pair them with a companion pet to accompany them throughout their quest. Pet choices include various dogs, cats, flying creatures, a headcrab, pre-order exclusive Yapper from the upcoming Torchlight Frontiers, and the Nintendo Switch exclusive chonky unicorn.

If you’ve played Torchlight II before on PC, the biggest change you’ll probably notice with the console version is the truncated number of attack options. You have just eight buttons to configure to your liking. With your general attack button taking up one, that leaves you with seven. Add in quick access to mana and health potions, which you will 100% need to properly function in this game, and that leaves just five buttons to map with your various skills and spells. 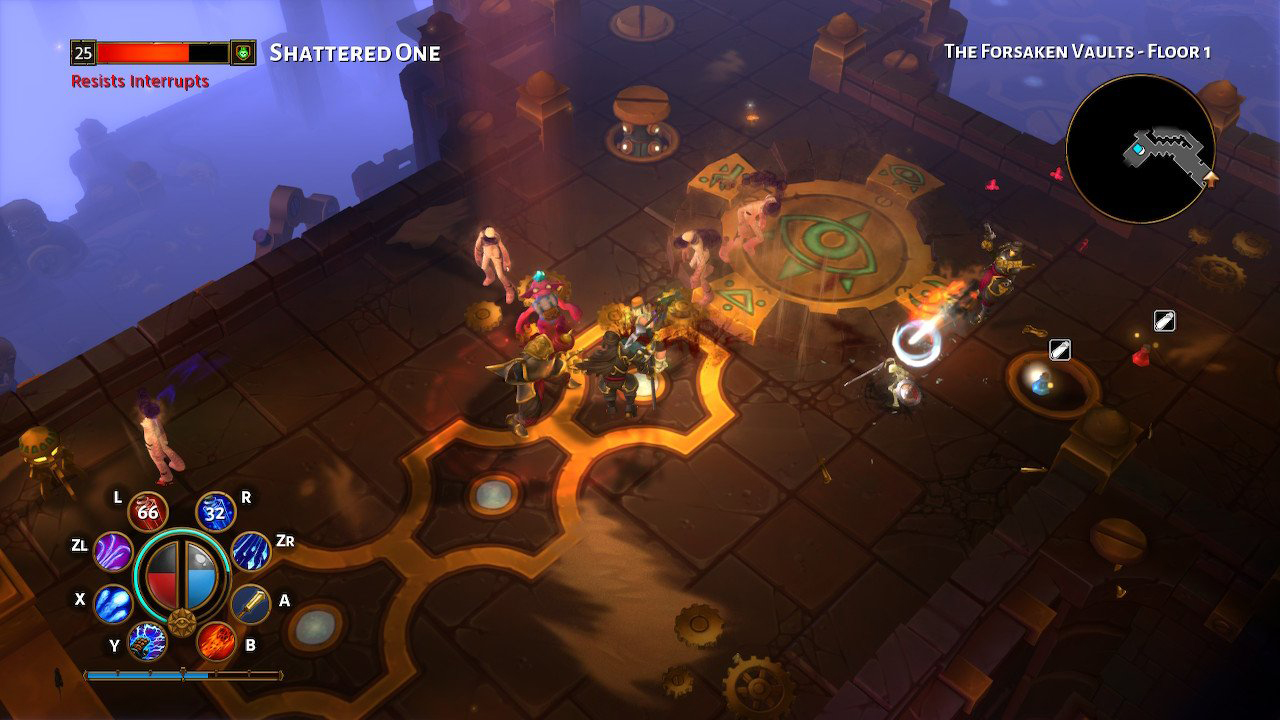 It’s as limiting as it sounds and, in practice, it meant I focused on overpowering my Embermage’s initial skills rather than investing in those unlocked at later character levels. The lack of attack options never negated my attempts to take down enemies, but I do feel I was never able to truly show off my vast power because I could only pick and choose just a few of my skills and spells at a time.

That’s probably the only concession made with bringing Torchlight II to consoles. The rest of the game, from the dreamy music to the bright and colorful art direction, is perfectly retained with this port. The hack ‘n’ slash action is incredibly satisfying, especially when I unleash a fireworks show of ice and lightning attacks. It truly is a spectacle to behold, and thanks to Panic Button’s knowledge of the Switch hardware, I didn’t experience a moment of slowdown or frame drops when I smoked a massive swarm of zombies with five different magnificent skills.

And all of that is true whether playing while docked or in handheld mode. Torchlight II‘s art and enemy design really pop on my big screen but look just as creative and captivating while playing in bed. With my first character, I mostly stayed glued to my TV. When I rolled a second character, the gun-heavy Outlander who I paired with the unicorn, I played mostly in handheld mode and really found the colors on the Switch screen to be quite moody.

What I love more than the art direction are the layouts of the vast overworlds. You really are encouraged to explore every nook and cranny of each area you unlock. There are hidden dungeons, challenges, chests, keys, and more to find and if there is anything this game does better than its contemporaries, it’s beckoning players to keep looking, keep searching, keep unlocking every inch of that map. Some of the best experiences I had with the game involved me stumbling across some weird enemy hive and having to fight for my life as they tried to overwhelm me. That is peak hack ‘n’ slash right there and it’s something you can do with friends as Torchlight II features online and local co-op via Switch ad-hoc. 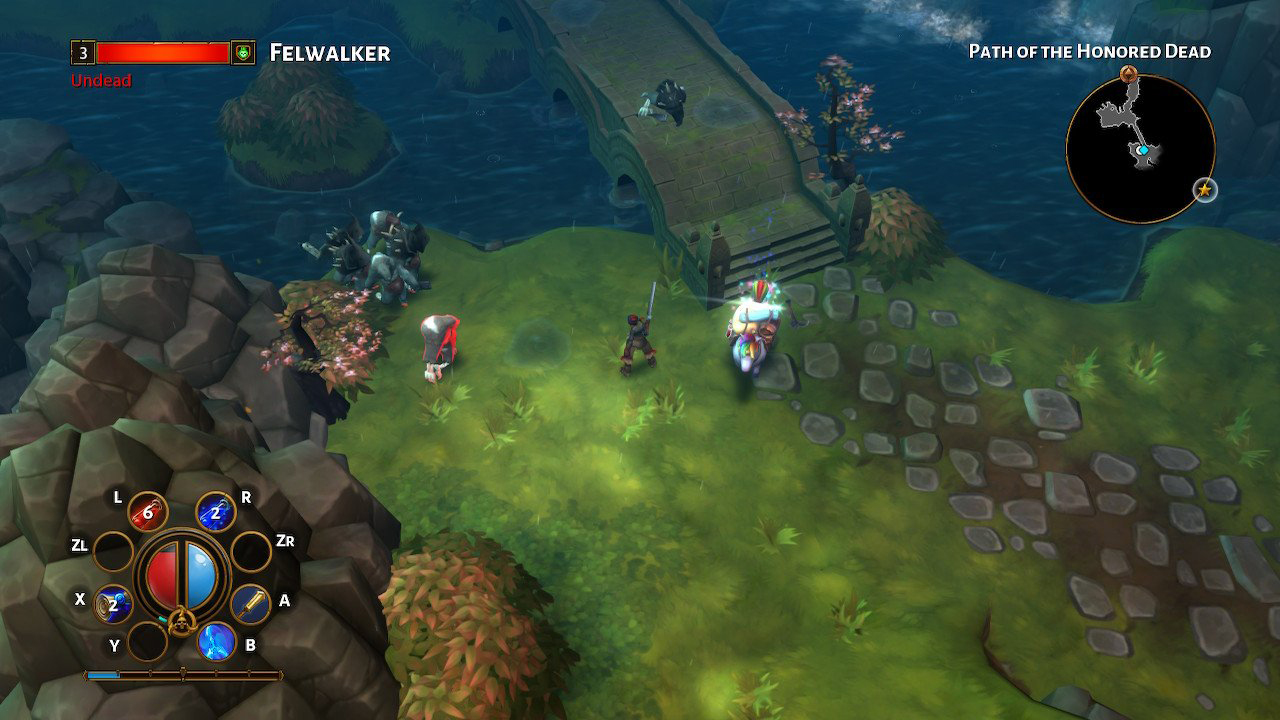 It’s not all wine and roses as Torchlight II does have noticeable bugs. There will be a patch released around launch that is supposed to fix a few minor bugs, however, it’s unclear if the ones I came across during my playthrough will be squashed with that patch. There are issues with the music and sound in the loading screens, a few times the game told me I accepted a quest when in reality I merely picked up an item in a quest I was in the process of completing, and I’ve had a handful of items simply disappear from my inventory after I unequipped them. Also, the opening cinematic dropped all audio about seven seconds into it.

Two more common problems I encountered have to do with character movement and pet A.I. Sporadically, though more often in caves and dungeons than out in the open, my character won’t move in a natural straight line. Rather, when I push him in a direction, his walk can sometimes be a bit jittery. It doesn’t affect the gameplay, but it did make me think there was an issue with my left Joy-Con. When I switched over to my PowerA controller, the issue persisted.

Pet A.I. also isn’t as reliable as it should be. While I love nothing more than seeing my rainbow-bright unicorn gore a goblin until it’s nothing but a chunky pool of blood, her attacks are unreliable. One second she’s tearing down everything in her path, making the early hours of the game a cakewalk, the next she’s standing idly by as I deal with a swarm of skeletons. Being able to teach spells to my pet does alleviate this issue in later quests, but it’s still disappointing to see my pet daydreaming while I work overtime unleashing absolute hell on enemy encampments.

I realize I’m sounding quite down on this game with the controls and issues I’ve faced, but Torchlight II is really an outstanding adventure. Runic Games really hit the mark when it made this game and Panic Button pretty much split the bullseye with the fantastic job it did porting the title to modern consoles. With a few patches to fix the most pressing issues, it could end up as the preeminent hack ‘n’ slash game on Switch.