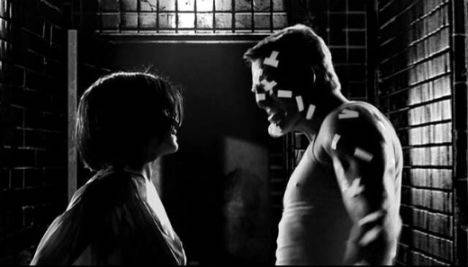 There has been a whole lot of hoopla about game reviews lately. To the point that if you were to actually internalize how unbelievably obsessed some people are pertaining to reviews, you would think the topic would be just as an important factor in their lives as breathing air or the well being of a loved family member. People tend to forget what reviews really are half the time: the opinions of a set person who’s job it is to play a game before you do, run it through it’s course, and offer you a personal overview of their experiences through the pros and cons structure to better inform you whether it’s worthy of your attention and money.

As a gamer and a consumer, I read reviews to be better informed before I lay my money down and purchase a game I would regret. The review should be a good look at the entire game so people won’t regret getting the game should they believe in the review. Yet there’s an inherent problem with that. You have to take a leap of faith whether to trust the game reviewer’s final sentence. It’s an unspoken agreement that you subconsciously sign with said reviewer before or during the reading of his review and must take place in order for it to work the way it’s intended to.

By the same token, the game reviewer in question must be as sincere as possible with his review. Notice that I didn’t say he can’t be biased because, as human beings, we are all biased about one thing over the other. All that should be required of a game reviewer is sincerity and to be consistent in his profession, regardless of who made the game. Be it a small indie developer/publisher or a giant in the field. Once that has been established and that unison or meeting of the minds has been met, which typically takes a few reviews under their belt, everything should be smooth sailing for all involved.

After all, game reviews should be about one thing and one thing only: The gamer. It should be about informing gamers of whatever new game that comes down the pike. There’s the added benefit of a useful tool to the game developer as well, should he accept the critique of the reviewer to better his game by implementing changes or fixing things for future iterations of the game. So far so good. Unfortunately here’s where the whole review thing breaks down for me and I get off the bus.

It’s hard to find sincere, consistently honest reviewers. It’s like finding a needle in a haystack because for the most part, almost everybody out there reviewing games forgets what the fuck they are supposed to be doing. It’s about us gamers, remember? Instead, we are treated to these people who snag exclusive reviews with publishers/developers that I can never trust, hobnobbing with developers, receiving free game related swag, getting free copies of games for review (Personally, this practice of having a free review copy of the game makes me question their validity as I would put more stock in what they said if they had to purchase the game), and of course, their underlying requirement to procure more page views/hits on their sites, which in turn creates a race to see which reviewer can differentiate themselves more from the others through their spewing of hate mongering and attempts at humor to garner more attention from us gamers.

I’m all about being entertained in a blog or a post, but I want my reviews to be about the game in question. Not how witty, comical, or hard you can come across with the written word.

Reviews are serious business and a lot of reviewers forget how much power they actually yield. It’s amazing how what they write can affect a legion of people from purchasing a game. That’s why you see nowadays instant rebuttals from game developers/publishers. This is lost revenue here and for the parties involved it’s like a bleeding wound that needs a tourniquet ASAP. Some reviewers have too much power and are just full of themselves. Ever read a review where they talked more about themselves then the game in question? Or one where it’s a rip roaring good read but when you think about it, they didn’t mention all there was to the game?

I’m a feature fanatic. I want to know everything about a game: single player, multiplayer modes, how is the actual online play, does it lag, does it feature remote play, custom soundtracks, achievements, trophies, you name it. I want to know about it. That sounds selfish, I know, but that’s what I’m looking for.

It pisses me off to no end when I read a review and they miss a feature about it. That one feature may be the tipping point for someone to get the game. It’s like going to a Gamestop, looking through their used games and seeing that the games are priced wrong. The five dollars extra that the game costs makes you put it back on the shelf, but in actuality, it was the price range that would of made you get it. Or worse still, it’s not even priced. That’s laziness in my mind’s eye of a company that doesn’t want to put the extra effort to get my money. The same goes with reviewers who don’t want me to take them seriously with their laziness.

Don’t even get me started with reviewers who will bring swift and utter judgment with extreme prejudice on smaller indie developed games but when the next football or sport game from a giant developer chucks it’s next yearly update of the franchise full of bugs and whatnot, miraculously their fine toothed comb they used to rake the last game is lost completely as they pull out a blow dryer and inflate their score. Again, it’s about sincerity and consistency.

This isn’t a crying fit about a review I disagree with here in Destructoid. I tend to think that we have the best reviewers in the business. It just seems to me most reviewers are injecting a more personal slant to the proceedings at hand. I personally don’t want reviewers to be wrapped up in this developer/game sucks or that publisher is garbage drama. I can get that from the comments of the Neanderthals that respond in a moronic way to the review at hand because they disagree with it, which again, isn’t the point. Game reviewers should be above that fray. If reviews are done right, you know if it’s not worth your time or not. I read good reviews all the time here, whether I agree or disagree with the point of view.
Unfortunately some game reviewers think we want more than a review about the game to hold our interests.