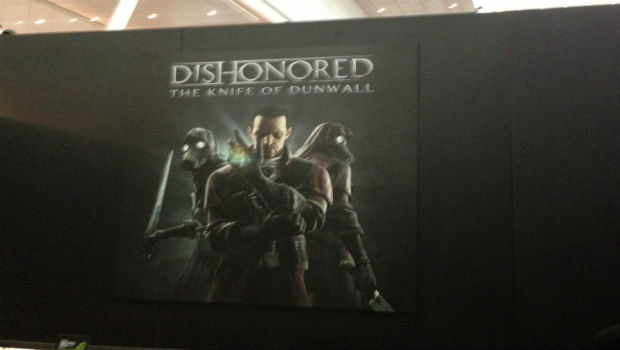 The three mission DLC has more sandboxes to play in

Shortly after launch, Dishonored sprung some mini-DLC on us with the Trials of Dunwall challenge pack. But fans wanted so much more than that. They wanted full sandboxes, more story, and more of the world to explore. Enter The Knife of Dunwall, a DLC pack that explores the man that murdered Dishonored‘s Empress, and framed the hero Corvo for his crime.

The DLC will consist of three missions, all of which are sandbox oriented, and have multiple paths — just like Dishonored‘s campaign. During my hour long hands-on with the game, I hit up a quick intro section. It was a short dream sequence (similar to the first game) that set me on my path to the first mission — the whaling slaughterhouse. Before I embarked, I had a chance to upgrade and kit out Daud, similar to pre-mission setups for Corvo. 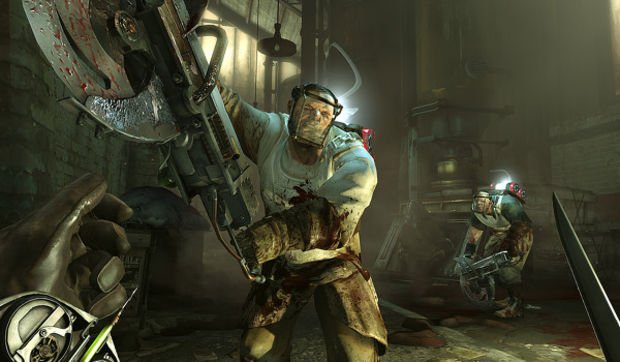 In addition to abilities and items, Daud can also buy “favors,” which are essentially optional bribes and special level variations Daud can set up through his influence — such as having someone “accidentally leave a door open” and so forth.

Based on my playthrough of the slaughterhouse, Knife of Dunwall features the same open-ended gameplay as the full release. I had at least three events where I could have approached the situation in a variety of ways, one of which may even leave a few players uncomfortable, given Daud’s more violent and criminal nature. Michael Madsen’s solid performance and recognizable voice also helps add to the allure. The DLC is three missions long, and it’ll take you around an hour to fully explore each stage — and of course, multiple playthroughs and item hunting are encouraged.

From what I can tell, Knife of Dunwall ramps up the difficulty a bit to accommodate for Daud’s prowess in the shadows. Specifically, the new Butcher enemy, who wields a high powered circular saw, can be a huge problem in tight corners. Butchers do a ton of damage up close, can block bullets, and take a ton of damage.

They have whaleoil reserve tanks on their backs, which serve as weakpoints — but often times, getting a clear shot can be harder than it sounds — especially when other enemies are running after you. One thing’s for sure — I hope there’s more of these encounters in the rest of the DLC. 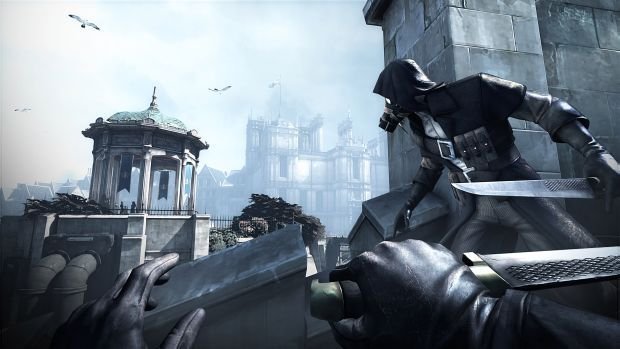 After I had all of my parameters taken care of, determined to win, I evaded my pursuers, and completed the mission — at which point an Arkane developer came up to me and said, “dude, you’ve been playing this for over an hour! You’re the only person today that’s beaten the demo.” Yep, through my sheer force of will to conquer the mission, I had completely lost track of time.

Another cool aspect of the DLC was content in further exploring one of the biggest parts of the game’s lore: the whaling industry. I don’t want to spoil one of the big surprises of the DLC, but there was one event that was so disgusting, that it was sicker than anything I had seen prior in Dishonored.

It’s clear that Arkane is putting in the same amount of effort here as the core campaign. For those of you who are worried that it was taken out of the game, an Arkane developer was able to confirm to me that they didn’t start working on the DLC until the full retail game was finished.

Daud has a large selection of Corvo’s weapon-set at his disposal, like the wristbow, sleeping darts, and more, but there’s also new weapons like the Arc Mine (a zap trap), Chokedust grenades (gas based stun grenades), and new abilities that can be leveled up just like Corvo. 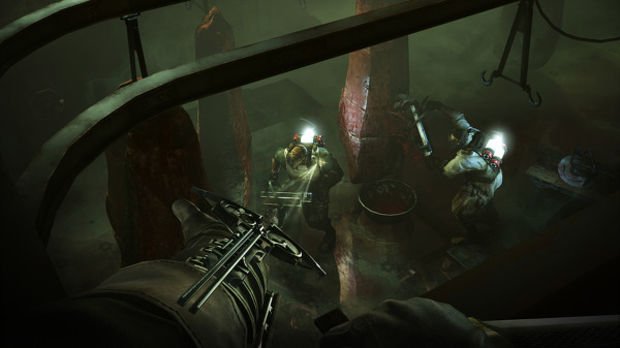 The major difference between the two playstyles is the fact that Daud’s blink, when standing still, freezes time entirely — even in mid-air. It sounds like a subtle difference, but using the ability really gave off the aura of a master assassin. It was a ton of fun to be able to stop and think mid-combat, planning my next route. Of course, I didn’t use it all the time, and you can simply blink quickly, just like Corvo.

Knife of Dunwall really didn’t give me any hint of it being a cash-in during my hour long playthrough of the first mission. So if I enjoyed it, despite my reservations with Dishonored, odds are you hardcore fans out there will dig it. Daud could stand to be a little more unique compared to Corvo from a pure gameplay perspective, but I still enjoyed my time with him, and his deep backstory makes him much more interesting than Dishonored‘s silent protagonist out of the gate.

The real question is are you willing to pay $9.99 for story-centric DLC like this — especially when there’s a second $9.99 Daud DLC pack (The Brigmore Witches) on the way?