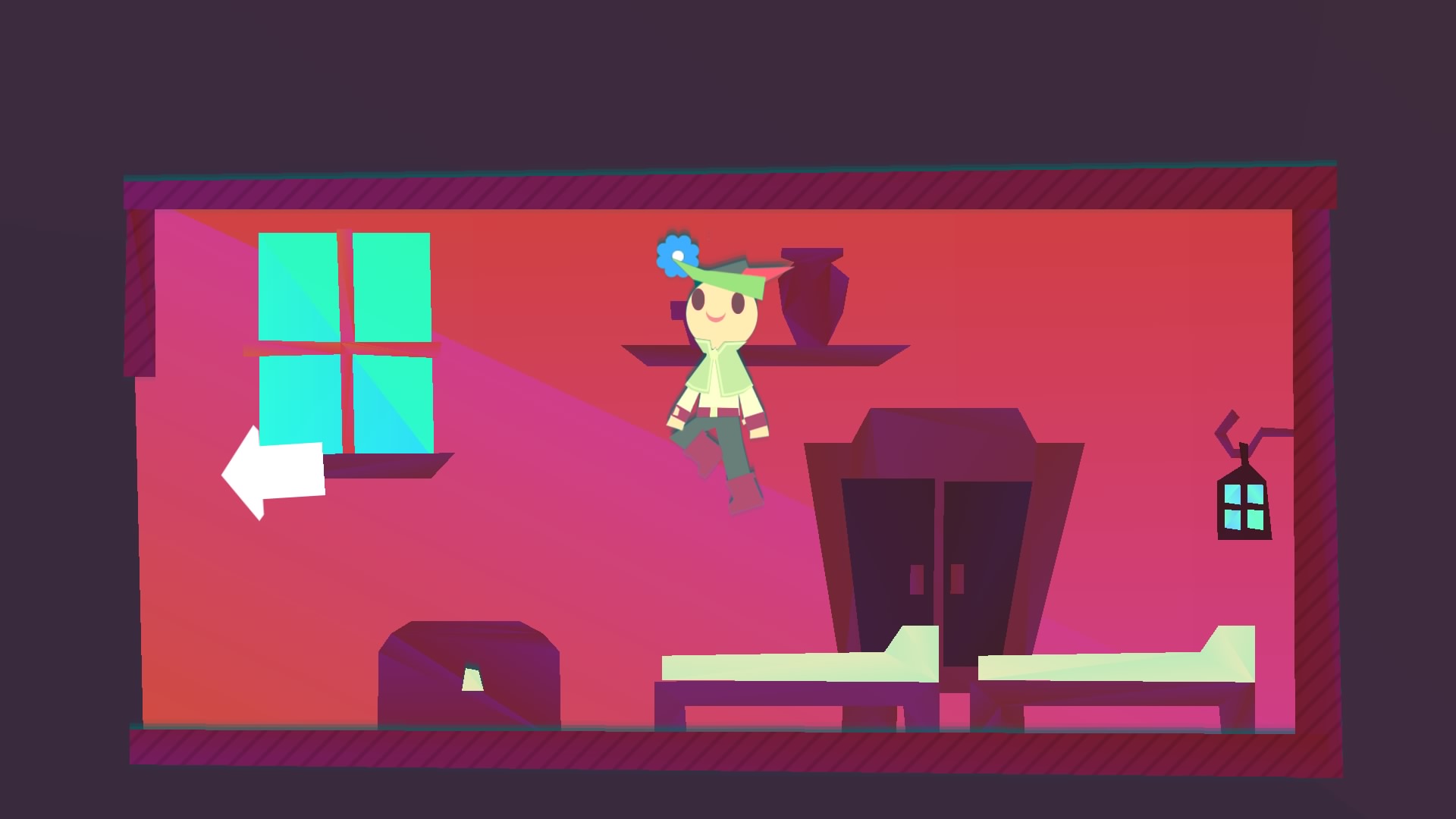 Jump up, jump up and get down

Have you ever played a game that caught you completely off guard and ends up resonating with you much more than expected? Wandersong did that for me.

I knew that it looked right up my alley, and I always planned to eventually pick it up, but it somehow got lost in the shuffle of other outstanding games. After the opportunity to check out the new port for PlayStation 4 presented itself, I decided to correct that, and I’m so incredibly disappointed in myself for not getting to it sooner.

This is a fairly straightforward port, but there is one fantastic new addition that I can’t stress enough: the DualShock 4 controller’s speaker sings along with the bard’s voice on-screen. This is always adorable. Doubling up vocal tracks is a common tactic to bring a little more “punch” to a song in the recording world. The Beatles, as much as I love to talk smack about them, used this to great effect in a lot of their stuff. Hearing the notes you’re singing in-game coming out of the remote’s tiny speaker as well adds just the right amount of levity to events, and I loved it way more than I originally thought I would.

From the very start, it was super cute and hilarious just walking around and singing at shit, but I wasn’t at all prepared for the little moments of beauty that followed. The main story beats, which are often presented with totally unassuming but somewhat darker implications, all conclude with a musical sequence that has you singing along like a doofus.

After all of the goofy moments and laughs during the buildup, I just expected more of the same. When it first hit me with the bizarre, synesthesia-like mixture of audio and visuals, only to simultaneously wrap up some mildly gloomy storyline, it always felt profound. Almost every single time that these were over, I had the slightest trace of chills, and they got stronger and stronger with each new encounter.

Of course, the more humorous moments are a huge selling point as well. One of the first things that really stood out to me was when I realized that I could jump up and down in the various beds of townsfolk’s homes. I made it my mission to bounce in every single bed I possibly could. After making my way to the credits, I regret nothing. It’s really cute, and I highly recommend you do the same.

If Wandersong looks even remotely up your alley, I can’t stress enough how much you need to play it. In case my words alone aren’t swaying you, be sure to read CJ’s review of the game. He liked it a lot too. If I’ve learned anything from my time playing this, it’s that I need to start listening to that guy more.

Is this the definitive version of Wandersong? Maybe? I don’t know, but the whole controller speaker thing is probably the best and only justifiable use I’ve seen of the tech over the entire three years I’ve owned this system. It made me giggle a bunch, and that has to count for something. Regardless, you should absolutely play this on any platform you can. If you missed out the first time around, you’re in for one hell of a treat.

Wandersong releases for PS4 on January 22, 2019 and is currently available on both PC and Nintendo Switch.

[These impressions were based on a retail build of the game provided by the publisher. Destructoid writer Jonathan Holmes has a candy shop named after him in the game. As always, no relationships will be factored into coverage.]