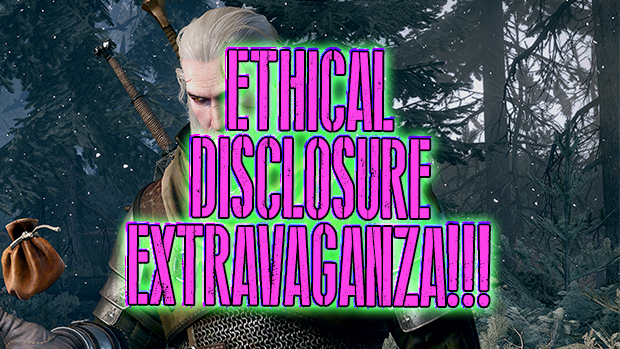 It does satisfy my need for NITRO-FUELED MAYHEM

Here’s the full triple-scoop disclosure bottom line. Alessandro and I went to cover this preview event for The Witcher 3: Wild Hunt last week. I was late to be added to the list, so we knew going in that we’d have to share a demo station. Now, for whatever reason, I thought there was going to be direct feed video capture of the gameplay, so I was gonna get that while Alessandro played, and make a video about it later. There was no capture option.

Looking around the event, eating finger foods, and trying to think of a way to make myself useful, I realized, “Some people think this salami will manipulate me into saying nice things about the game that I don’t mean. The people must know of these finger foods!” So, I took some pictures of the stuff they had there and, me being me, made the dumbest, most unnecessary disclosure I could. Obviously, it’s not needed. We already disclose this shit on our content. But I saw an opportunity to make a funny, and gosh darnit, I took it! I hope it makes you chuckle, ethically.