If there is one singular thing that has stood out to me in all the early trailers and details for Metal Gear Solid V, it’s that the game’s protagonist, Big Boss, is much too clothed. It’s hot in the desert, man! As all True Fans of Metal Gear Solid know, the only way to play Metal Gear Solid 3: Snake Eater is with the Naked Snake camo.

But even that doesn’t go far enough, only leaving Big Boss shirtless. I appreciate seeing the man’s well-built core — these aren’t showy, flashy abdominals here, no sir — and sneaking tender nip glimpses through the strategically placed suspenders, but his codename is “Naked Snake,” damn it. I’m a leg man. Why can’t I see his bare, sculpted, sinewy thighs inch him along the ground like the dirty little bottom feeder he is? Heck, Metal Gear Solid 4 gave me a more pert and salacious behind to look at with its Snake, and he was fully clothed.

My only qualm is that I imagined his package — Snake’s snake, if you will — to be a bit larger. Hopefully Kojima addresses this when he wisely decides to add this costume into the game. I’d also like to know what equipment/positioning gives the best view. I’m assuming prone, crawling backwards into the camera, but I’ll await official confirmation. 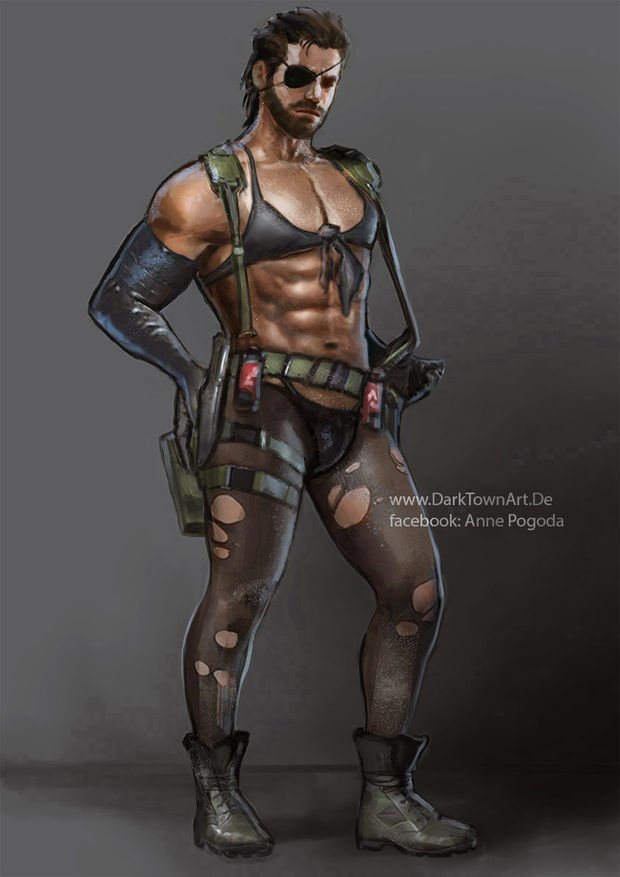