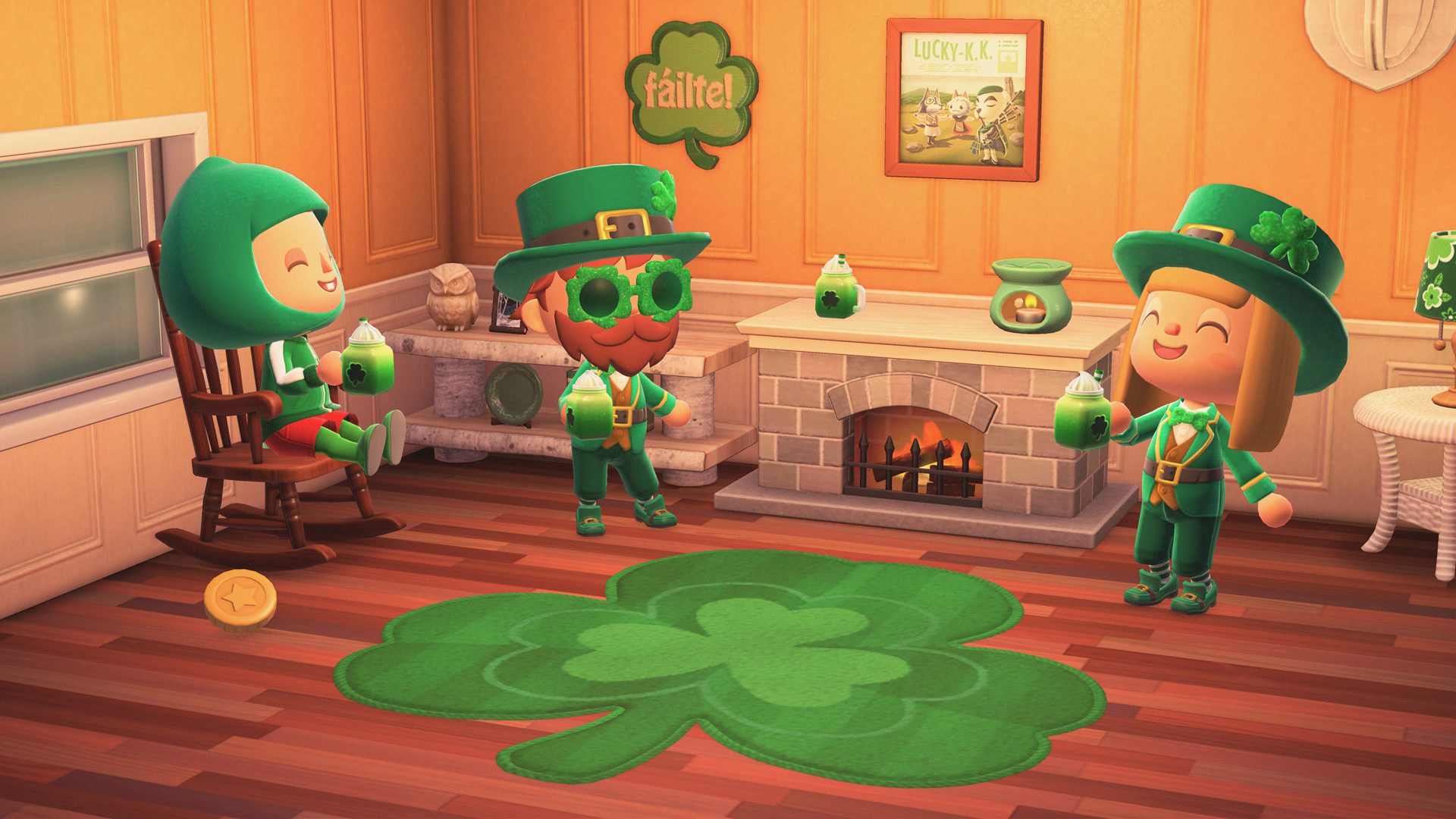 I’ve slipped into a sort of low-maintenance mode with Animal Crossing: New Horizons. If there’s a substantial update with new characters or ways of interacting with my island, sure, I’ll show up. But when it comes to recurring events or limited-time celebratory items, I’m far more likely to let them slip by. As much as I enjoy accumulating stuff, I don’t need everything. I’m not out here min-maxing!

In the case of Shamrock Day, Animal Crossing‘s St. Patrick’s Day equivalent, I’ll play it by ear. The event runs from March 10–17 in New Horizons with outfits and rotating daily items, according to Nintendo.

On the to-grab list: a “Fáilte” Shamrock Doorplate, a Shamrock Rug, and okay yeah, a Shamrock Soda.

Nintendo also previewed the Shamrock Day apparel – sunglasses, a hat, a suit, and shoes – that will be sold by the Able Sisters. Don’t let anyone pinch you. And be on the lookout for the Shamrock Wand.

I could take or leave everything except the Shamrock Soda. That’s a keeper. As for Nintendo’s fickle update strategy in general, I’m forcing myself to “let it happen when it happens.” It’s easier that way. Long-time Animal Crossing players are surely wondering what the holdup is with meaningful new content in New Horizons, and I don’t blame them. At this point, it feels like a marathon, not a sprint.