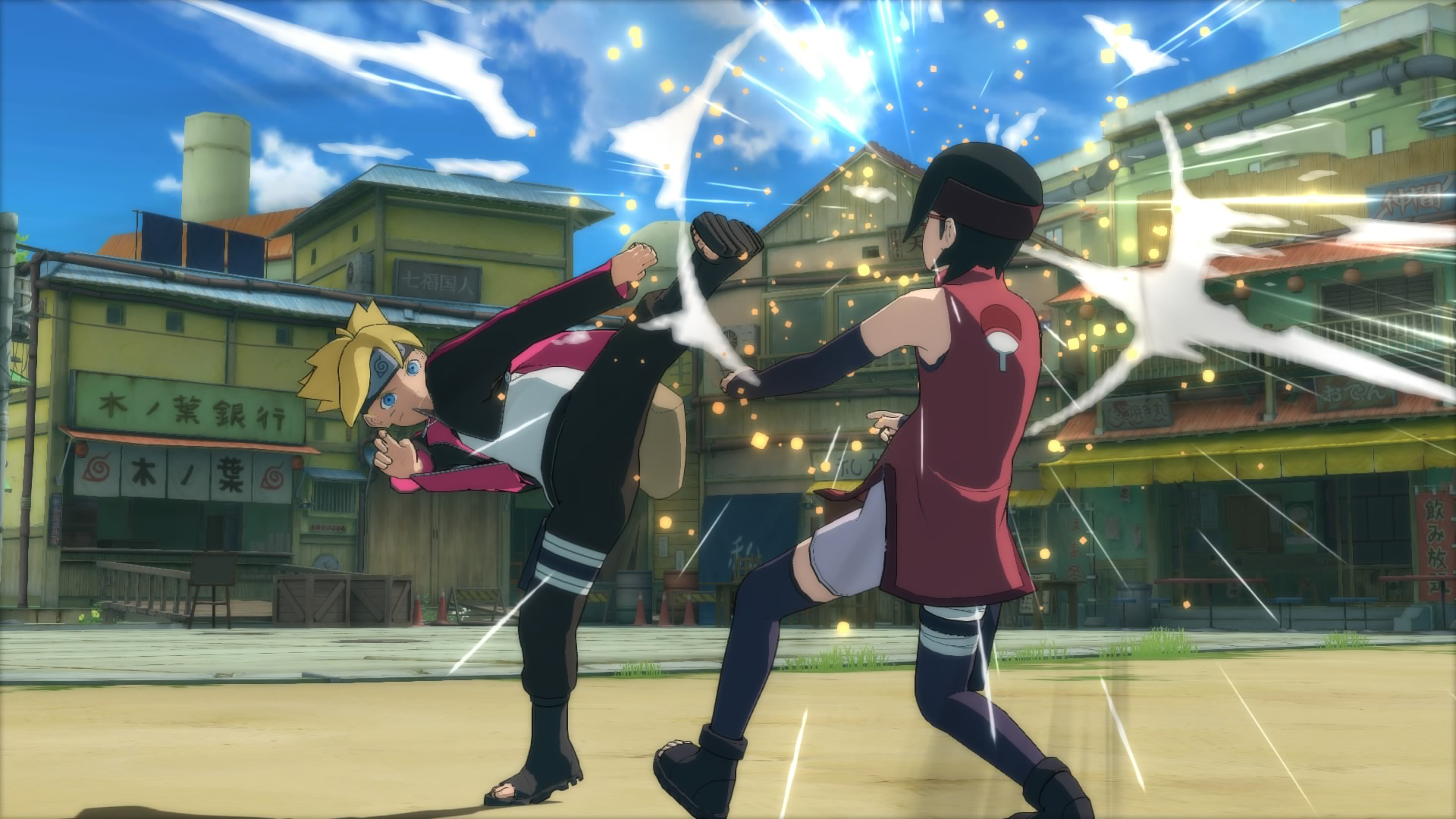 Yesterday, in the hidden-away London offices of Bandai Namco, I sat down at a TV and pretended to be an anime ninja. I blew up half the planet, became a multi-tailed animalistic monster, high-fived magical fox powers onto an army, and punched an old man using a gigantic tree.

Yep, I played a bunch of Naruto Shippuden: Ultimate Ninja Storm 4. That game is nothing if not over the top and ambitious.

While I was able to play three missions from Ultimate Ninja Storm 4‘s single-player story mode, I was only able to capture footage of one of them, “Roar of the Ten Tails.”

All of the missions I played through followed a very similar formula. Show a faster-paced, 3D animated account of the plot of the Naruto anime and manga, throw players into a narratively relevant fight or gameplay section, jump back to a long animated plot dump, and continue.

As someone who read Naruto until deep in the Great Ninja War before dropping out, the video game’s narrative pacing was a good way to catch up and remind me of the plot, while moving forward and experiencing new content from that story.

The big problem with what I saw of the single-player, as shown in the video above, is the repetitive nature of what should be some high-action set pieces. The fight between the nine tails and ten tails should be a huge, challenging experience. It boiled down to running left and right, then spamming projectiles until I was allowed to scratch the beast in the eye. It just wasn’t terribly taxing.

The Versus mode in Ultimate Ninja Storm 4 is largely unchanged mechanically from past iterations in the series. Every character uses the same button combos for their main attacks, mainly varying in speed and visual style. The roster is huge, spanning a huge amount of the series’ named characters as playable fighters, with the intent that you can jump in and try anyone and you’ll already know what you’re doing.

Want to see a really big Chidori? Pick up Sasuke and do the same button combo that made Naruto do his Rasengan. If you’ve got the basics down with one character, you’ll be able to work out how to do cool-looking moves with pretty much any other.

Versus mode has a pleasantly gentle learning curve. Within a few hours, I not only had my head around the basics of the fairly simple control system, but understood it well enough to start playing with the differences in reach, speed, and power of the roster.

While Naruto Shippuden: Ultimate Ninja Storm 4 is still several weeks away from release, I feel relatively safe saying it’s going to be a visual treat for Naruto fans. Want to blow someone away with a basic combo that rips a hole in reality? Well, it probably won’t take you long to pull off.

It might not be the deepest fighter out there, but it sure knows how to do large-scope fanservice.