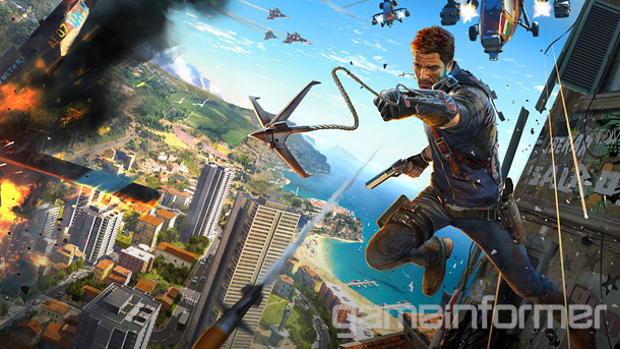 And set in the fake Mediterranean!

We recently saw screenshots of something purporting to be Just Cause 3. Seems likely they were.

You know what the first damn thing I noticed in the Game Informer Just Cause 3 cover announcement? It wasn’t the hookshot or the beard & bedhead or the burning city streets below or even the nice beaches. It was the little Italian flag emblazoned on the foremost helicopter.

Or I guess the fake Italian flag as the open world havoc simulator is set to take place in a fictional Mediterranean archipelago. But who cares where it’s set. This game is going to be about goofing off to the max and I can’t wait. It’s coming to Xbox One, PS4, and PC in 2015.