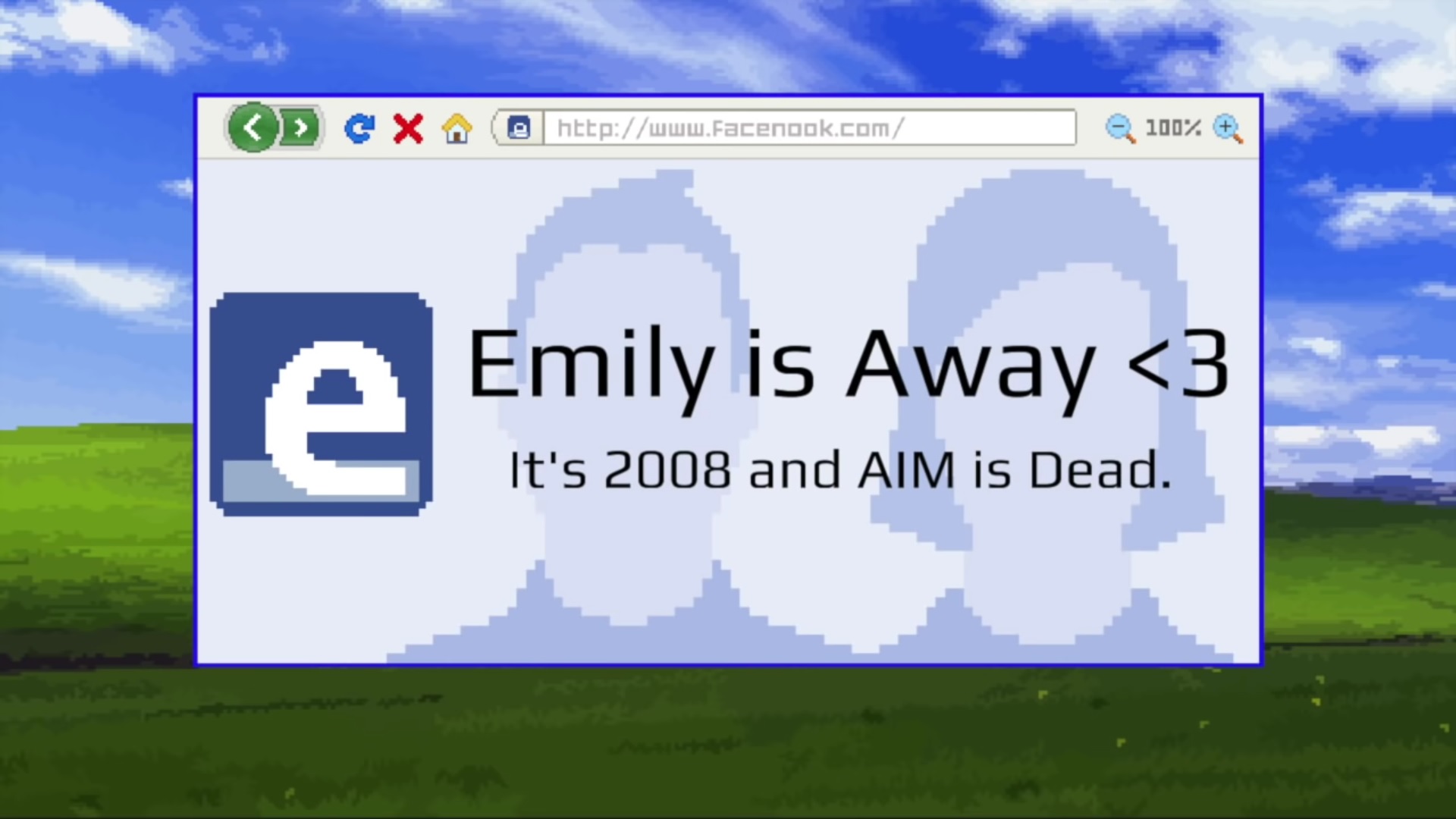 I can only feel so much pain, Emily!

Coming in the very near future, Emily is Away <3 will be the third installment of the Emily series that started all the way back in 2015. Centered around recreations of old-school instant messaging programs, both prior Emily titles were visual novels with multiple choice decisions that would influence the outcome of the plot. The first game focused on a relationship between you and a lady named Emily while the second introduced two characters in the form of Emily and Evelyn.

Not going the easy route, Emily is Away <3 expands the concept to a facsimile of 2008 Facebook. Taking the form of “Facenook,” this fictional website will allow players to create their own avatar, poke their friends, leave messages on each other’s walls, make new friends, and live out their high school fantasies. Your choices will determine how your senior year wraps up, which will probably see a lady named Emily breaking your heart all over again.

A demo for Emily is Away <3 will be playable at PAX East in a few weeks. You can currently wishlist the game on Steam and check out the official website for updates on the game. While I enjoyed both previous Emily titles, I don’t know if my heart is ready for another. Dammit, Emily, why couldn’t we work it out?