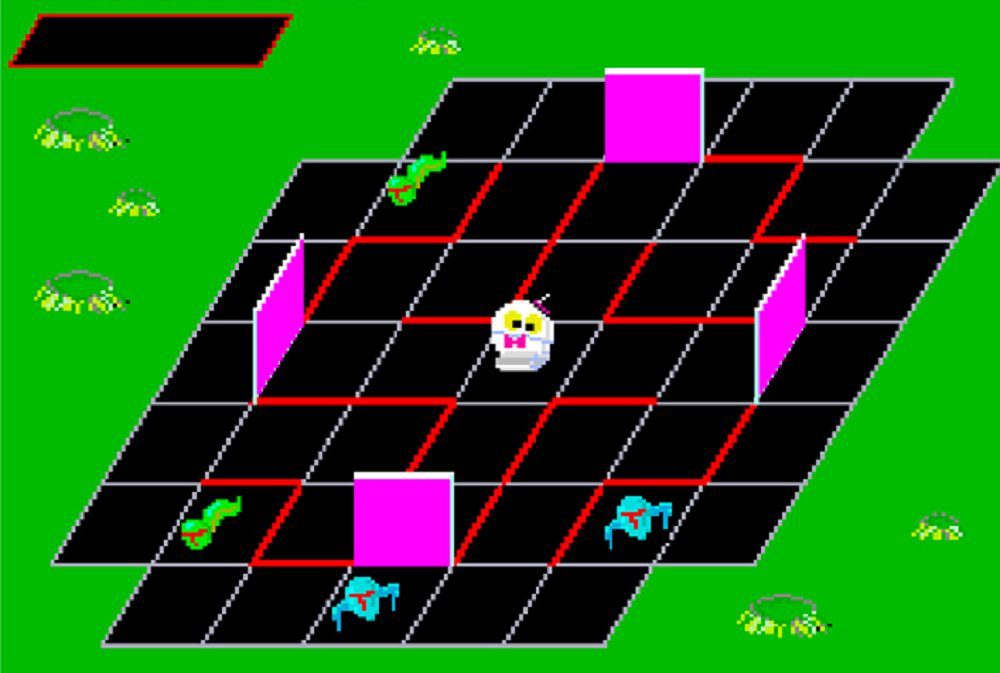 This week sees the retro fans over at Hamster go super obscure for the latest addition to its Arcade Archives range. Now available to download on PS4 and Nintendo Switch is Sun Electronics’ tile-flipping maze game Pettan Pyuu.

Released way back in 1984, Pettan Pyuu tasks players with guiding a rather dapper… erm… flip-top egg robot thing, (yes, that’ll do), as it makes its way through a series of isometric, inter-dinemsional mazes. Chased by strange worm and spider-like creatures, our hero must stay one step ahead of his adversaries, while pushing a series of weak walls onto the pursuers. Once all of the enemies have been squashed, the round is complete. For two-player action, a Ms. Pettan is also available.

Check out the action in the video below, courtesy of YouTuber ZXSpectrumGames4.

Given its advanced age, I have to admit I think Pettan Pyuu has quite a novel concept. I especially dig the main sprite, which has a surprising amount of character, thanks to his bow-tie, top hat and flip-top head. As for whether Pettan Pyuu is worth eight of your hard-earned dollars, well, that’s between you and your wallet, but I do think it’s quite a cute looking title.

Pettan Pyuu is available to download now on PS4 and Nintendo Switch.