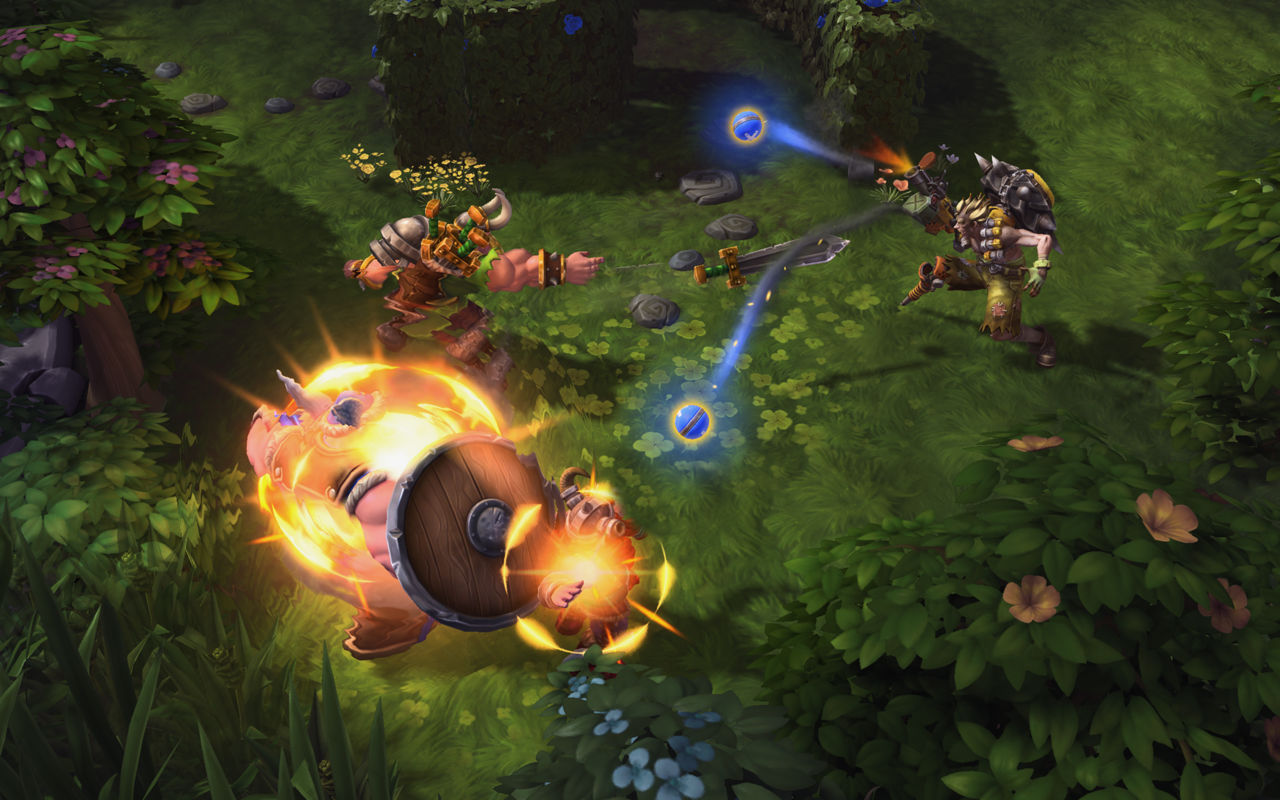 He’s crazier than his Overwatch iteration

More Overwatch in Heroes of the Storm is just what everyone wanted, right?

Well, it’s what I want (I wouldn’t mind if every character was in eventually), but a lot of people have pushed back on it. Some of the power creep — like the power to move and shoot for some of them — is a concern, as is the over-saturation of a brand new property like Overwatch.

I don’t think Junkrat is going to be earning much ire though. Just pure confusion.

Junkrat is the seventh Overwatch character in Heroes of the Storm, and one of the four (from that lot) that doesn’t utilize mana. As a mix of Genji and Zarya of sorts, his Q grenade launcher can be used in charges (which recharge all at once like the former), and the projectiles will continue until they hit something. His W and E operate just like his source material, as mines and bear traps respectively, and his Total Mayhem passive (which drops bombs upon death) is a nice touch.

Here’s where it gets interesting. Just like his FPS version, Junkrat can put mines down and use them to explode himself into position. But given the dimensions of how a top-down MOBA operate, he can leap over walls and nail some fairly amazing escapes in the process. Likewise, mines also bounce enemy heroes, leading to all sorts of funny scenarios where you plop them over a wall or into your team’s open arms.

His mine is really where his skill ceiling grows. A good Junkrat can place and detonate a mine on a dime, putting either himself or his team into a spot where they can instantly win a teamfight. With his constant output of Q explosions he dishes out a decent amount of hero and siege damage, making him a factor in any skirmish, whether it’s pursuing squishes with the help of a teammate or annoying people by stalling at objectives.

It’s tricky as hell, especially when using it in tandem with your bear traps. You really need to have some amazing awareness to be able to detonate a mine that’s getting vision halfway across the map, and you need to utilize raw skill in angling your mine blasts favorably.

Where Junkrat really gets crazy is his ultimates. Rip Tire, the predicted heroic from Overwatch, is a safe pick. Provided that you let it rip in a good spot without a Valeera or Nova sneaking up on you, it can turn the tide in a teamfight and force people to react to it, or even chase down low-health heroes. No, it’s Rocket Ride that’s insane, the new addition for Heroes of the Storm.

After channeling for 1.25 seconds (!) Junkrat jumps onto a rocket, and in an Ion Cannon sort of way, explodes on the ground after a 3.5 second delay, which also triggers Total Mayhem. In theory, that’s not all that out-there, but the fact that he comes back immediately with an extra 150% mount speed is. At level 20 you can use this ability every 20 seconds, and essentially deny a kill and secure one so long as your aim is true and you’re targeting heroes that don’t have escapes.

I hesitate to say that he’s overpowered, because again, his skill ceiling is high. If you spam Rocket Ride you’re going to be forcing your team into a constant 4v5 situation, which any good opposing side will take advantage of. This has been one of the hardest heroes to pin down for me — I’m not even sure if I like playing as Junkrat consistently because I still have so much to learn. While I typically provide my thoughts on a character after some PTR sessions, I’ve thought about him for a week now and I still can’t come up with an answer.

Until I figure it out, I’ll be happily and haphazardly blowing stuff up.