Fighting angels as a witch dressed up like Samus Aran is a fun way to spend an evening.

I’m several years late to playing Bayonetta, a game I might have never sought out had Nintendo and Platinum not packaged it in with its Wii U-exclusive sequel. I’m picky about which games I’m willing to drop $59.99, but two for the price of one? Can’t turn that down.

I skipped Bayonetta‘s debut on PlayStation 3 and Xbox 360 in part because I’m not great at 3D action games. The amount of practice necessary for me to kick ass like the characters do in cutscenes isn’t worth all the frustrating losses leading up to that point.

That’s where my head was in 2010. I had beaten Ninja Gaiden II and Devil May Cry 4 a couple years prior, but my lingering memory of those titles was a general feeling of anger, not empowerment. I was stubborn enough to push through (the former game especially) because, well, I had already made it this far. There’d be no stopping now. 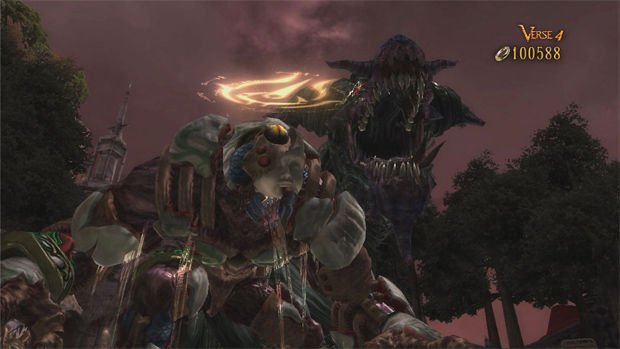 My experience with Bayonetta could have been similar.

I made it through the fight against Fortitudo, a two-headed dragon whose design is among the coolest I’ve seen in any game, on Normal difficulty without too much trouble. So far, so good. I had been clearing a chapter or two each night and the further in I got, the more I didn’t want to stop playing. I needed to see the hands of Inferno claim more defeated Cardinal Virtues.

This went on until late Sunday afternoon when it dawned on me that I wouldn’t be able to call it a night until I had beaten Bayonetta — I was truly hooked. But I was running out of time.

With that goal in mind, I did something out of character, something I should have been willing to do in past action games that gave me hell: I bumped the difficulty down a notch. 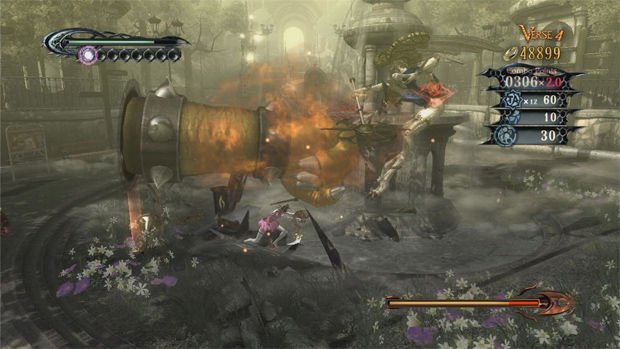 Doing so allowed me to get through the handful of remaining chapters with ease. Too much ease, in some cases — I still want to be challenged! — but I’ll always have the option to revisit the game; to hone my skills and tackle harder difficulties when I’m better prepared.

Playing on Easy allowed me to go through the final, out-of-this-world boss battle once and only once. I got to cherish the insane spectacle of it all because I wasn’t bogged down by frustration.

Such a wonderful feeling. The vehicle sections far outstayed their welcome, and I found myself flipping Bayonetta’s Samus visor up and down repeatedly to keep myself entertained during the more talkative cutscenes but, goddamn, what a solid videogame this was.

Best of all, now that I’m done, I can move straight into Bayonetta 2. I hear it’s superb.