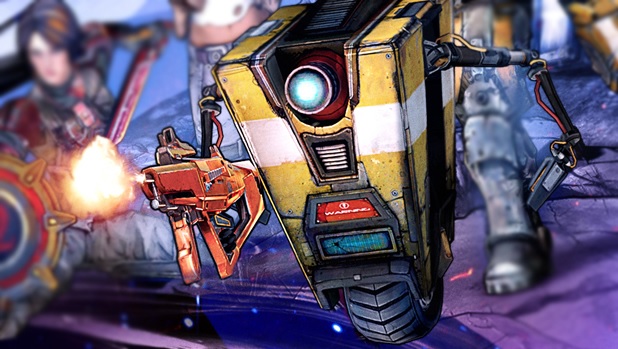 As I sat down for my appointment with Borderlands: The Pre-Sequel, I had to make my toughest decision at PAX Prime. Running through Claptrap’s capstone abilities, I was faced with the following dilemma: Do I want to become a pirate ship or a disco ball?

I wasn’t exactly jarred by the wacky prospect. I mean, this is Borderlands we’re talking about, and even more specifically, this is Claptrap. But, you seriously expect me to just select between those two like it ain’t no thang?

I went disco ball. I can’t say I regret my decision.

Being a non-carbon entity as he is, Claptrap’s abilities are based around running a series of random computer sequences. A variety of different effects can take place like getting bumped up to full health or spawning a little minion helper, but once every few times, a disco ball appears and lights up the party. When this happens, enemies need to stay off the dance floor.

The disco ball launches an area-of-effect attack that hits baddies with every elemental damage type at once. Every. Elemental. Type. Yeah, it’s badass. Moon jumping around, power bombing on enemies, then melee attacking while the shiny ball does its thing makes quick work of most everything around you.

Apart from the quirky capstones, playing as Claptrap had another major perk. Being a robot and all, he doesn’t need to be constantly aware of oxygen levels like the other characters do. This means you can jump, jump, jump to your heart’s desire and not really care about suffocating. Robots don’t have lungs, at least not yet.

Other than that, The Pre-Sequel felt a lot like more Borderlands. Shocking, right? The new emphasis on verticality will maybe frustrate anyone looking to get to the next waypoint as quickly as possible. However, loot hunters should find it appealing because of all the extra nooks and crannies where chests can be hidden. And, if you get bored doing that, just throw a disco party; it should liven things right up.