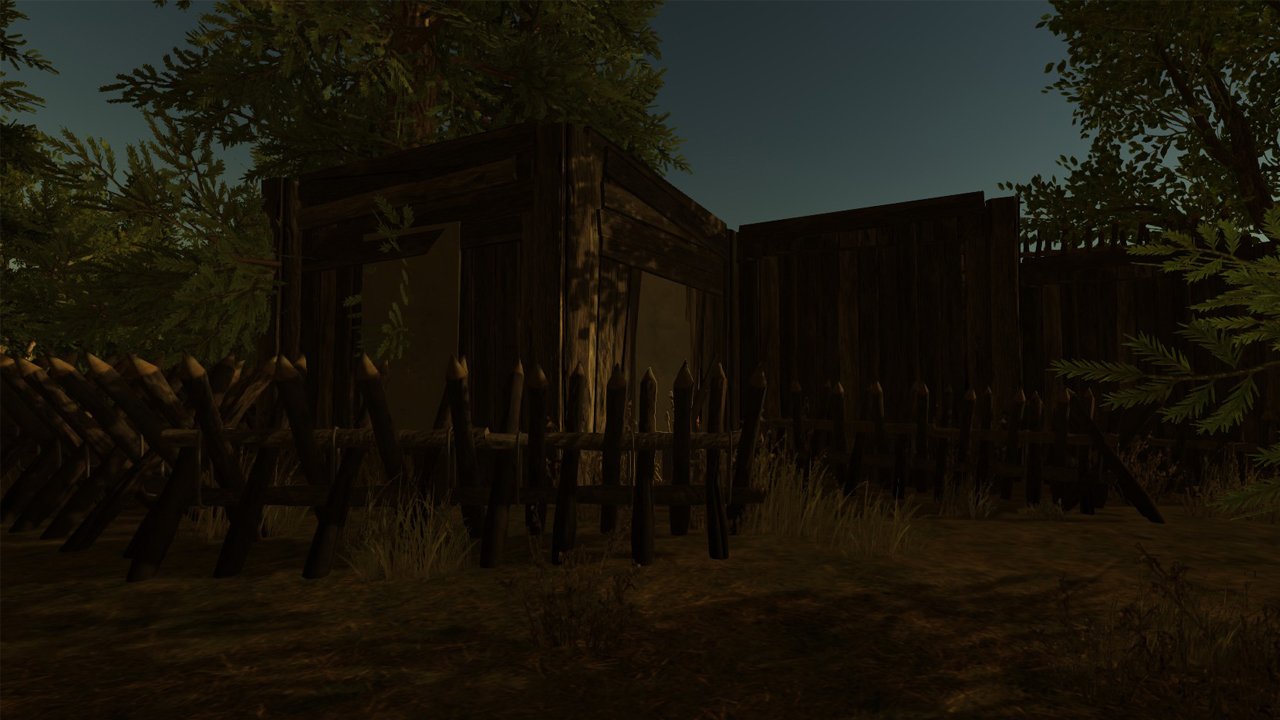 I’ve been playing Rust a lot this past week, slowly building up a fortified home and learning as much as I can about the world. It’s a brutal, mean place, even on a server dedicated to player vs. environment play, in that it’s just as easy to lose everything you’ve worked to gain. You can’t be killed by another player, but they’ll be more than happy to run up and loot your corpse when killed by a zombie or rifle through your stored things if the opportunity arises

Right now, the explosive charge item is just about the most evil element of a PVE server, allowing players to break in and raid shelters for valuables. It’s taken me nearly the whole week to find the components, research them and start crafting my own. Here we see me entering a home, robbing it of materials, and then replacing the wall I destroyed to remove the evidence.

Big deal, right? Except someone was home in this case, simply away from their computer. Why they remained logged in and in their home is a mystery (they were there for at least an hour; the video shows my second trip to the house). Had they brought up the window, I would have been caught and everyone on the server would now know that I’m an evil thief, not to be trusted.

I have to wonder what that guy thought when he came back. Did he go into his boxes and discover a sudden lack of property within them? Two sleeping bags were discovered in one corner of the room, implying this was a roommate situation. Would he blame the person who they share the home with? Maybe they would chalk it up to hackers, assuming that no visible damage to the structure implies nobody destroyed part of it to enter, and players commonly accuse others of cheating to pass right through walls.

I can’t imagine this poor sod failed to notice that all their collected stuff is gone and I have some compassion for the confusion they probably felt when they made the observation. But that’s how Rust is; here today, gone tomorrow, and often without a good explanation as to why.