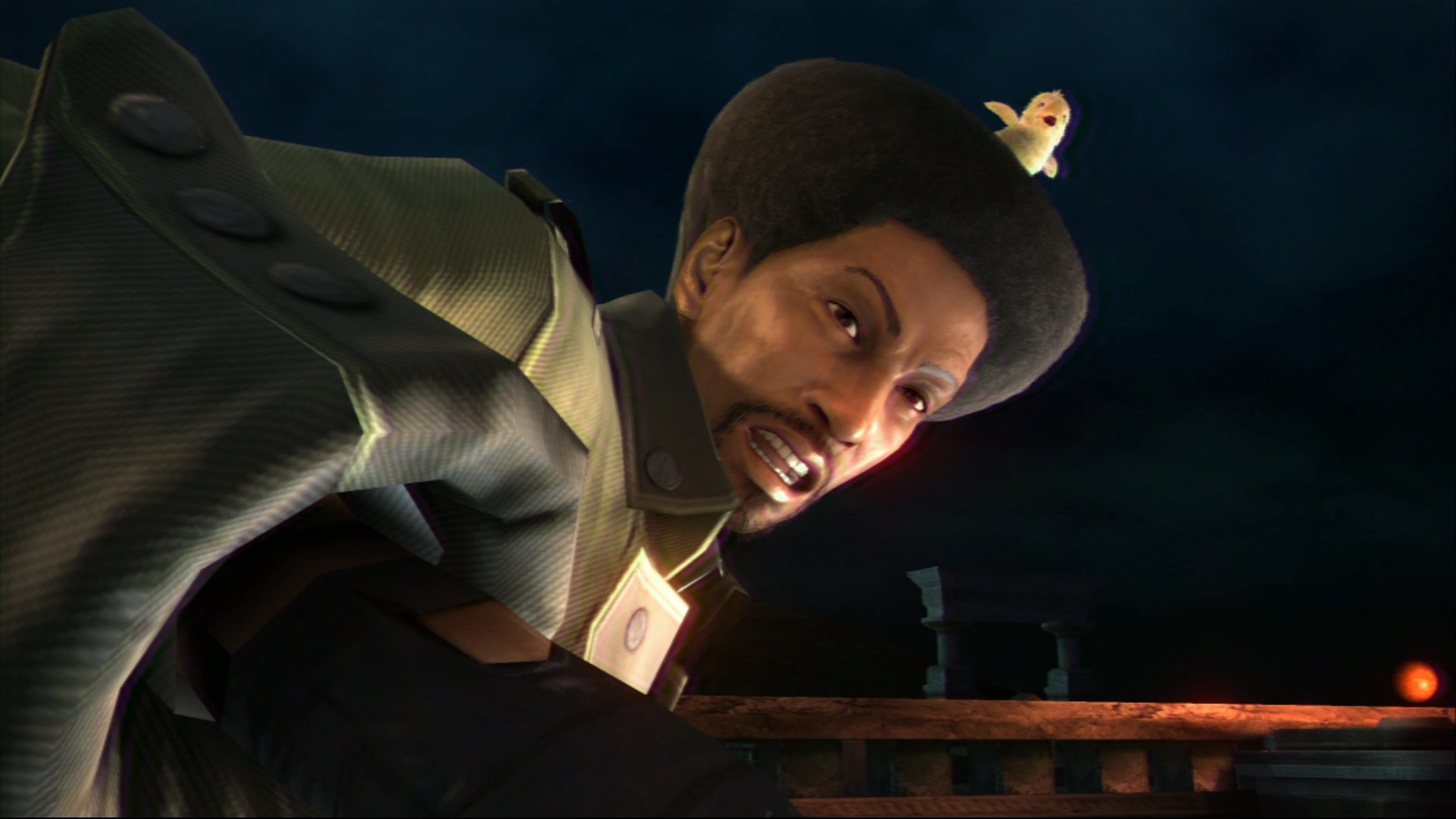 Sometimes it pays to give games a second chance

[Have you ever given a game a second chance, only to completely change your mind on your initial assessment of it? Charlotte Cutts recently gave the extremely divisive Final Fantasy XIII a second spin, and much to her surprise, found a game to be lauded for its many high marks. I did the same thing, myself, and while I came up with completely different results than Charlotte, it’s still interesting to see other takes on the same game. Wanna see your work on Destructoid’s Front Page? Flex them fingers and get to writin’ a blog of your own! – Wes]

Final Fantasy XIII was the first Final Fantasy game I ever tried out, and it was very nearly my last. A few months after I got back into gaming in 2015, I picked up a second-hand copy for a single-digit number of pounds at the Sheffield branch of CeX, thinking it would be an excellent entry to the series – and within three hours, I was convinced I’d made a mistake. I spent what seemed an implausible amount of time pushing through on-rails segments, barely understanding the controls, and having even less of a firm grasp on the clear-as-mud plot. I stuck it back on my bookshelf before I even got past the first chapter and it stayed there for two years.

Then, two years later, I finished Final Fantasy XV. Again, a divisive entry to the series (in fact, I got a copy on indefinite loan from my boyfriend, who absolutely hated it), I was surprised by how much I enjoyed the ride. Part Tokio Hotel simulator, part hectic hack-‘n’-slash, with beautiful visuals and a tear-jerking soundtrack to boot, I was sad when it came to an end. I had tried the PS2 versions of Final Fantasy X and Final Fantasy XII in the intervening two years and had struggled to progress further than about five hours in either of them; the plots just weren’t pulling me in. But I felt for some reason that I had been too hard on Final Fantasy XIII and should give it another go.

Final Fantasy XIII is a much-maligned entry to the series. It bucked the trend for AAA games released around the same time, in that it was jarringly linear. It also made the odd decision to describe a lot of the plot through data log entries that the player had to read in the start menu, rather than just saying very clearly what was going on in cutscenes. Combine that with a bunch of whiny/saccharine characters that wouldn’t be out of place in a mediocre slice-of-life anime and unusual choices with the combat, and you have yourself a pungent French cheese of a game: Some people will love it, some people will stumble away, retching, cursing, and yelling, “What the hell is that?!”

Ultimately, I agree with most of the criticisms levied at Final Fantasy XIII. Sometimes, I enjoy the game in spite of these flaws. Sometimes, I feel like those flaws are present in numerous other JRPGs and it is unfair to heap scorn on Final Fantasy XIII specifically. Beyond the ten hour mark (I’m currently at around twenty hours and approaching the end of the game), most of these issues have resolved themselves or faded into near insignificance.

So, one of the major problems people seem to have with the game is the tsundere nature of Lightning and the grating personalities of her companions. Hope never stops complaining, Snow needs to quit it with the showboating, and Vanille is like Mary Poppins on an IV drip of E numbers. I can empathise with people who struggle to get past the first few hours of the game because of all these overpowering personalities and the inevitable arguments that happen in cutscenes as a result.

However, as the story unfolds, most of these irritating traits or personal flaws are fleshed out and given justifications. It’s easy to write off Hope, for example, as a spoilt brat, but he has just seen his mother die. And he saw Snow let go of her hand. We all know about the complexities of grief, particularly for adolescents, so the spewing forth of this rage boiling within Hope is actually handled very well and comes to a satisfactory resolution.

The same goes for every major character present at the start of the game – their exteriors get peeled away and they start to take on many different layers. You just have to be patient. With Lightning, I feel like there is a parallel between her and Milla Maxwell from Tales of Xillia, a JRPG I tried out earlier this year: She’s very moody, but you get the sense you’ll be able to look past it or understand why if you just wait for the story to unfold.

And besides, when Fang joins your crew properly, there is no more room for pouting. Lightning slapping Fang, and Fang simply spitting, “Is that it?” is one of my favourite moments in any JRPG I’ve ever played.

Sitting down to play a game, and instead having to read a number of data logs that are so tangential to the main plot it would make Stephen King blush, is understandably annoying. I think most of us fall into the “show, don’t tell” camp when it comes to our games. However, I felt that the main hurdle with understanding what was going on was Chapter 1. After that, I only needed to refer to the data logs when I actively wanted to immerse myself in the story.

And having extra details when I was gripped by what had happened to Serah was no bad thing. Having a short summary on each character to go back to was really interesting, such as the anecdotes on Jhil graduating as valedictorian in her police academy course (so, of course she ended up being a Sanctum lackey). Sure, the story is a lot to swallow in the first stretch, and from my experiences with Final Fantasy X, XII, and XV, there is a hell of a lot more to swallow from the start than in previous installments. But once you get past that initial hurdle, the story isn’t that convoluted. It’s more that the silly, long names for everything create the illusion of difficulty, when really it’s a classic “God turning against His people” tale.

This is the aspect of the game where I did the biggest 180, and I have to admit that this is on me. In my first attempt at playing Final Fantasy XIII, I was struggling so much with the story that I didn’t pay as much attention during the tutorial fights as I should have. On my second playthrough, I grasped what was going on much more quickly and at each stage of the tutorials, I quickly learnt how to use the tips and tricks Square Enix were laying in front of me to my advantage. Once the full Paradigm mechanic got into full swing, I was a very happy chappy.

The Paradigm system, in my opinion, is far better than the more ARPG-oriented path taken by Final Fantasy XV; it’s much closer to my beloved Persona, even if it’s not strictly turn-based. Furthermore, it played to my love of all things strategy by allowing me to design attack approaches for my team and then switch between six different formulations entirely at will. Rarely does it feel unfair, as even Hope – the apparent weakling of the band – will heal my party promptly. The switching happens in the blink of an eye, but one false move and you’re toast. In short, it’s thrilling – though I can see why others think it doesn’t impart enough freedom to the player.

I actually have a bone to pick with people who criticise Final Fantasy XIII on the basis of its linearity. Sure, it is a lot less linear than other Final Fantasy games (though Final Fantasy X felt very linear for the five hours). But what is the problem with linearity? Is linearity inevitably a bad thing? I believe that it isn’t.

There is nothing wrong with a game developer curating a very specific route for what their game should be to the player, and then making them follow that route. That is the basis of storytelling; if you let the protagonist wander off at will, it is easy to lose what is going on with the story. Take Persona as an example again – from P3 onward, you can of course go off and socialise, or pursue other activities, but it is all with the goal of furthering the story through acquiring a set of skills. JRPGs of the non-MMO variety are very rarely open-ended at their core, and a developer may decide it is better to channel all of their energy into the core story and to eschew any distractions along the way.

What is vital, though, is that if the developer does not use the smokescreen of side-quests and free roaming, they need a good story. If a developer wants to curate a pure vision and not allow the player any say at all in how the story turns out, then that story had better be brilliant. And from my experience with Final Fantasy XIII, the first chapter is a shaky start, but the game earns the right to be linear at around Chapter 4.

From then on, I wanted the story to keep pushing along, without any curiosities along the way interrupting the flow. Sure, I wanted to visit NORA’s beachside café ASAP and order some Bodhum pastries for the road, but that would not have fit organically into the game at any point. Open is not necessarily good when it comes to games, but it can be difficult to square that with the fact that a huge swathe of big-budget titles released for current consoles allow the player free reign.

I did think that the brief snippets of story where the player returns to Bodhum as Snow were beautifully done.

Am I telling you to try it again?

If you didn’t enjoy Final Fantasy XIII, I am by no means telling you that you are wrong, wrong, wrong and should sit there and think about all the ways in which you are wrong. For the most part, I can still see where some people’s problems with the game are coming from.

The big question with Final Fantasy XIII is this: Are you willing to put in a few hours of playtime before you see the fruits of your labour? If not, I don’t blame you. But if so, then you’re in for a pleasant surprise.

Have you completely changed your mind about a game on the second playthrough? What are your thoughts on Final Fantasy XIII and its sequels? Let me know in the comments down below!