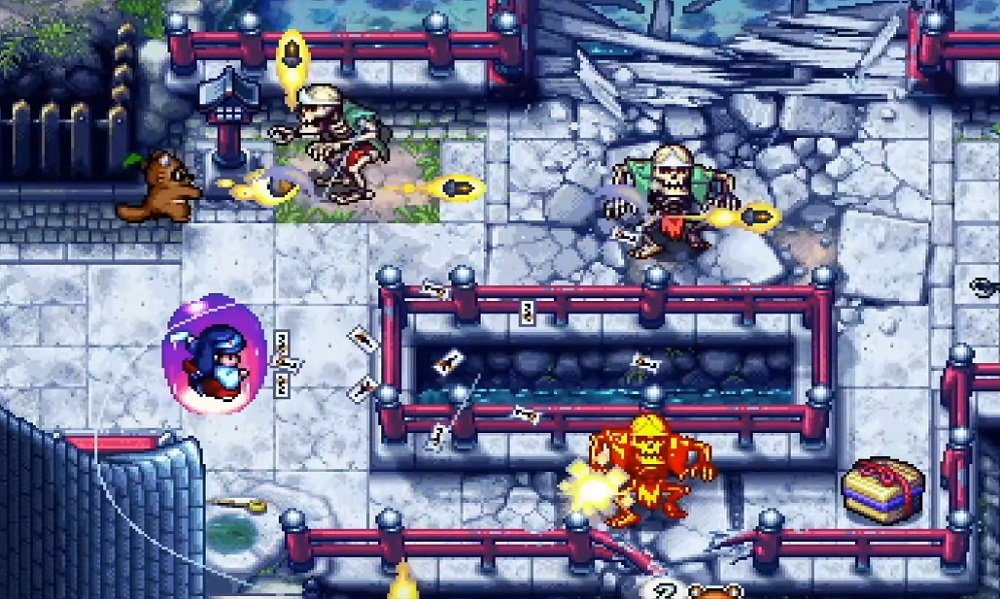 Developed by The Tengo Project – the same outfit behind recent retro revisits Wild Guns: Reloaded and Ninja Saviors: Return of the Warriors – Reshrined is no mere remaster, but a fully fledged sequel to the 1992 SNES release KiKi KaiKai: Nazo no Kuro Mantle – which is better known in the west as Pocky & Rocky. The new game will see the determined shrine maiden and her faithful tanuki buddy battle waves of enemies in a spanking new adventure – one that has been a long time coming, for sure!

Utilizing a brand new engine but retaining the charming 16-bit aesthetic of the original title, the cutesy sequel looks like a lightweight bit of fun for players looking to while away the weekend with a bit of old-school fun. I’m definitely going to be checking out the action when Pocky & Rocky Reshrined launches, this fall, on PS4 and Nintendo Switch.