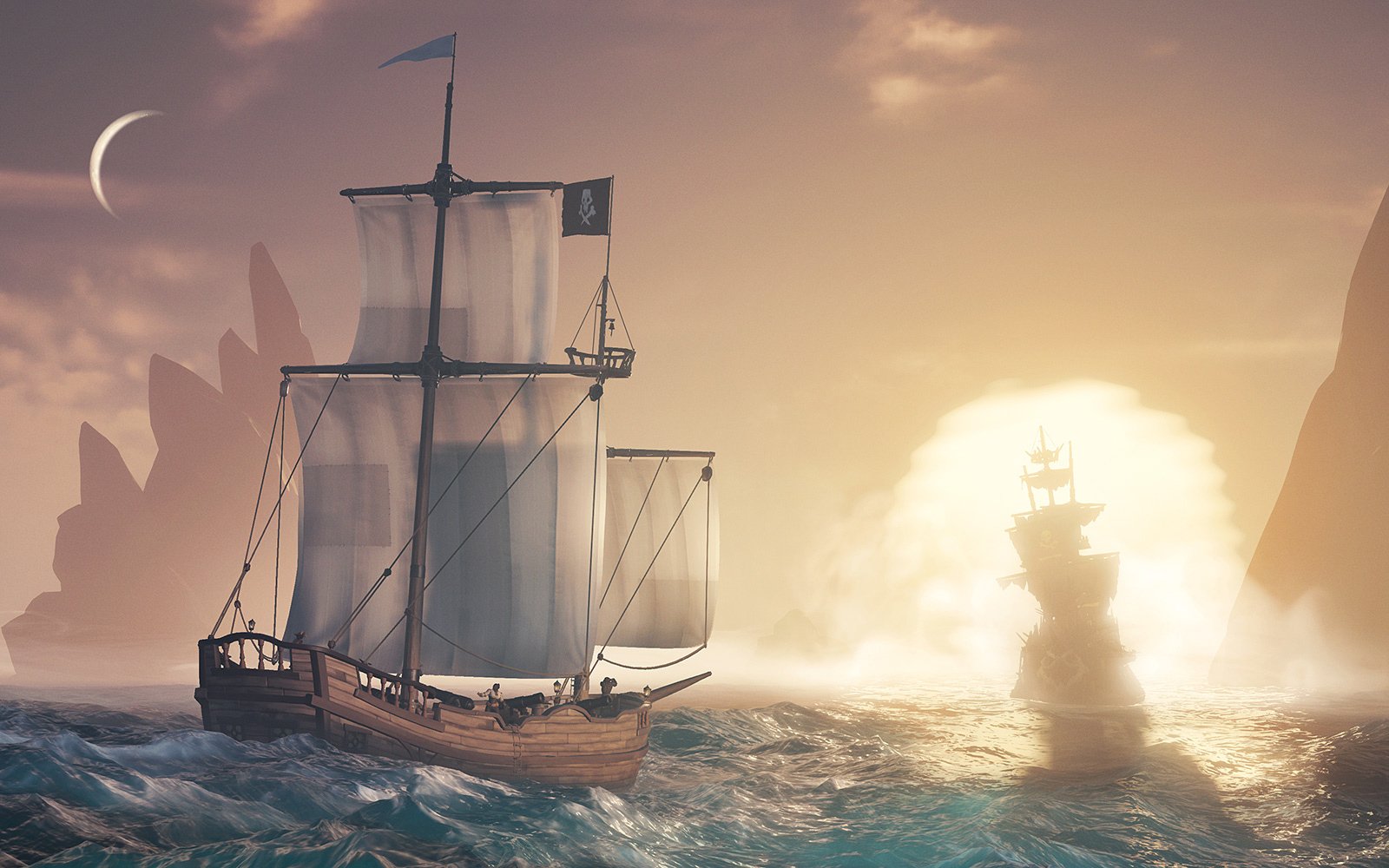 I’m stoked for skeleton-led AI ships in Sea of Thieves with the arrival of Cursed Sails on July 31, but formal player alliances will be just as crucial. With the new update, players will be able to raise a pennant on their ship to indicate they’re looking to team up with others, and from there, multiple crews can band together to form an armada. There’s a lot of potential for cool unscripted moments.

“If you’re in an alliance with someone and they’re on a quest, you’ve got a treasure chest that they need to dig up. You, as part of their alliance, can go and dig it up for them, help them take it back to the outpost. Similarly, you’ll be able to place down a voyage on an allied crew’s ship. We saw this a lot with Pirate Legends wanting to go on different servers, joining crews, and basically being ferries giving out Pirate Legend quests to other people. So we sort of formalized a way to do that on a server.”

“Seeing other people’s ships on the world map is such a special thing that once we formalize an alliance, I can see your ship on my world map and know where you’re going. But equally, let’s say Topher’s not in our alliance and we come across his ship out at sea, we can have a sneaky peek at his world map table and see who he’s in alliance with and where they are, so there’s a really nice piracy part of it as well.”

“It’s one of these systems that when we implement it, it’s going to take advantage of every existing system in the game,” he said. “How they interplay and intertwine is going to be such a huge part of that storytelling from players.”

I think it’s high time I go on another adventure with my pirate son.

Filed under... #adventure#multiplayer#Rare#Sea of Thieves