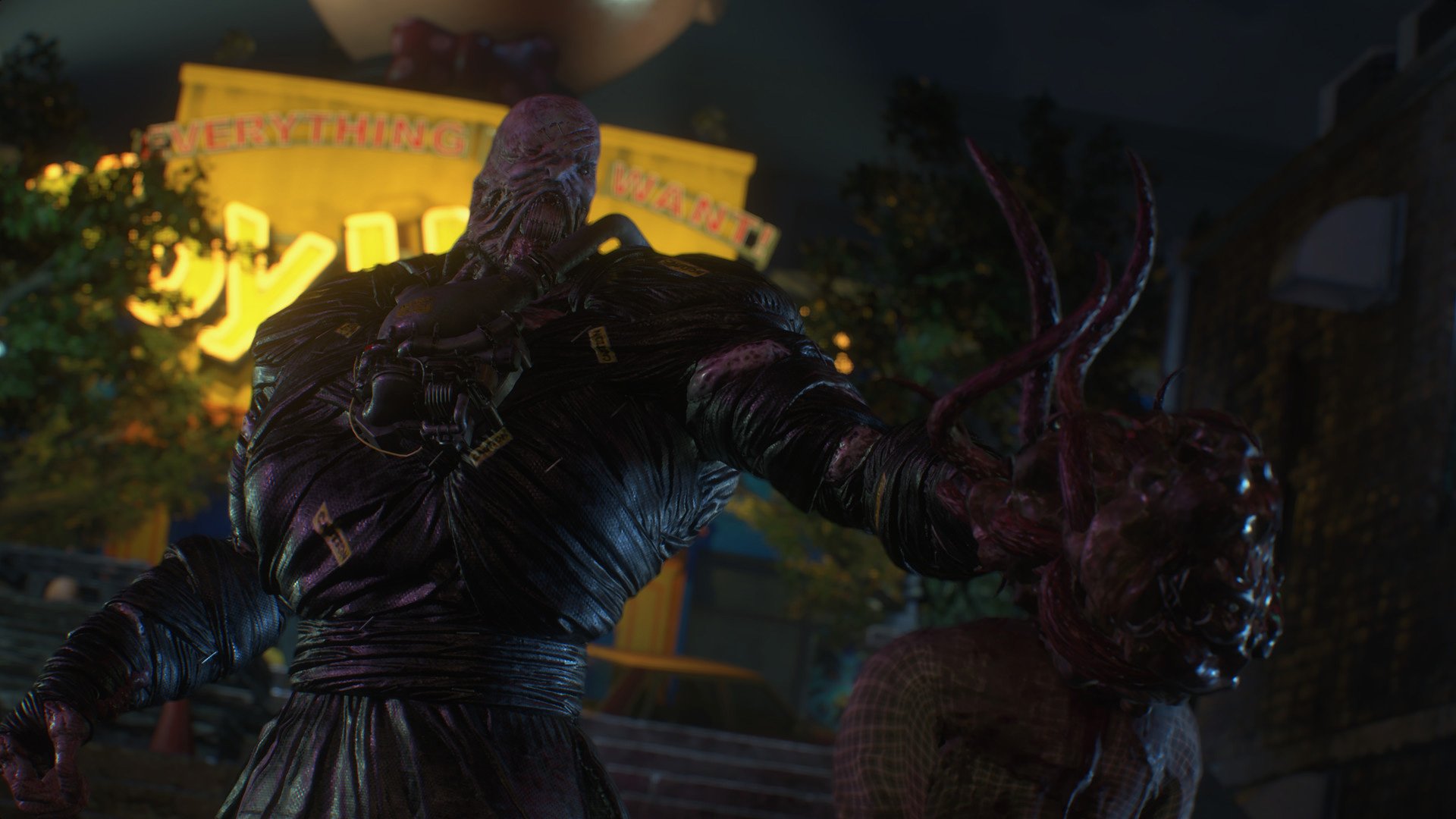 Only then can I conquer my fears

The Resident Evil 3 demo is short but impactful. It’s a chance to explore a small slice of Raccoon City, get a feel for Jill’s all-important dodge, and most importantly, face my fears head-on. The more I figure out what Nemesis can and can’t do in the remake, the less freaky he’ll seem – that’s the idea, anyway.

I stopped a while ago, but my breathing still hasn’t returned to normal. The adrenaline is still there. That’s a good sign for a horror romp, but it also has me feeling anxious about playing the real game with real saves. The stakes couldn’t be lower in this demo, and yet here I am, stressed the hell out.

Don’t get me wrong, Nemesis has limitations (he didn’t follow me everywhere), and he isn’t exactly unstoppable (on Standard difficulty, it isn’t that tough to knock him down to one knee for a breather). But my goodness, when he’s after you, he can be relentless. He’s hard to shake with a game plan, and even if you manage to break away, it feels like he can leap back onto the city streets at any moment.

Knife-only runs are gonna be ridiculous.

Nemesis also has a nasty new trick I won’t describe for those who haven’t had time to play yet. I’ll just say this: in retrospect, that bit with Mr. X in Resident Evil 2 near the jail cells seems kinda pleasant.

The RE3 demo took me around 20 minutes to clear on my first attempt after I accidentally triggered the ending. (Don’t use the fire hydrant until you’re absolutely ready.) I’ve gone back a few more times – this isn’t a one-shot demo, thankfully – and I’m finding new stuff on every run. There’s a safe to unlock (with a great reward), a shortcut to open up, and several optional areas to seek out if you rushed through.

Also, I know this isn’t new to RE3, but I have to commend Capcom for clearly communicating when it’s okay to ditch important items so we can clear up much-needed inventory space. You love to see it.

I’m not sure I have it in me to find all 20 hidden Charlie dolls, but I need to keep practicing. Straight up: I don’t want to come into Resident Evil 3 on April 3 with anything less than a mastery of perfect dodging. The timing isn’t so bad when it’s just Nemesis, or just a zombie, but the odds can stack against you.

You can grab the Raccoon City demo on PlayStation 4, Xbox One, and Steam. It’s so nice to have Jill back.